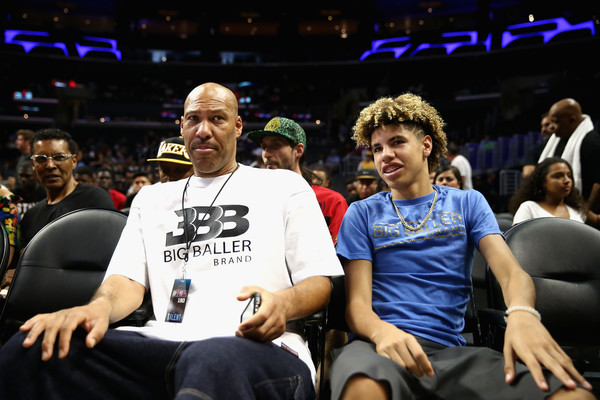 This game has been one of the most talked about professional basketball games of the entire year and the most anxiously awaited game in the annals of British basketball history. The two will clash inside the Copper Box Arena in London, United Kingdom.

The Lions marquee encounter with BC Vytautas airs live and exclusively on BBC Sport on April 2 and the continental clash has been universally dubbed London vs. Lithuania within the British media. whom have clamored and embraced the success of the London vs. Lithuania centrepiece. BC Vytautas boasts a highly talented team featuring Big Baller Brand superstars LiAngelo Ball and Lamelo Ball, Tomas Dimša, Ukraine international Denys Lukashov, Eigirdas Žukauskas, Regimantas Miniotas and Justas Sinica.

BC Vytaunas’ main sponsor Big Baller Brand was founded by acclaimed business entrepreneur and media personality LaVar Ball. Ball is the star of hit reality show “Ball In The Family” and the successful entrepreneur has also made special guest high-profile appearances on WWE RAW, FOX Sports and many more highly-rated mainstream television shows in sports and entertainment media.

Big Baller Brand, which was launched in 2016, has been compared to global titans Nike and Adidas by the LaVar Ball; Big Baller Brand’s ZO2 sneakers have been a major hit since their release. In 2017, Big Baller Brand announced a signature sneaker for LaVar Ball’s son, Lamelo Ball, entitled MB1. Since the Ball’s much publicized arrival in Lithuania, the Ball family have single-handedly boosted the popularity of Lithuanian basketball overseas.

FOX Sports Radio 96.9 FM/1340 AM and BBC Sport London Lions correspondent Dean Perretta caught up with Ball to discuss the high-profile European basketball matchup between BC Vytautas and London Lions, the fever of “Ballmania” in Lithuania, the success of Big Baller Brand, Ball’s life in Lithuania and more in an interview with Ball.

Dean Perretta: First and foremost LaVar, Big Baller Brand sponsored BC Vytautas faces BBL team London Lions live and exclusive in a high-profile clash on BBC Sport on April 2. What can fans come to expect when Big Baller mania finally comes to the UK for the much-awaited encounter which has been dubbed London vs. Lithuania?
LaVar Ball: Fans can expect an entertaining, exciting, fast and competitive game of runs. Whatever team can run the fastest and shoot the best will be the team that wins. My team will be the winning team! Yes, of course!
DP: The Ball’s have been received throughout Lithuania like basketball royalty and Big Baller Brand continues to grow stronger and more vigorous overseas. What do you admire most about Lithuania?
LB: What I admire the most about Lithuania are the people, and the abundance of natural water. The Lithuanian people have been very kind and hospitable to me and my family, and the natural water is some of the best natural water in the world. I will always be grateful for the Lithuania experience, and I’m excited to bring Big Baller water back to the US, imported from Lithuania. Very admirable!
DP: In your opinion, how would you describe the fandom and support of BC Vytautas?
LB: The Fandom and support of BC Vytautas has been a positive experience.
DP: LiAngelo and Lamelo have been phenomenal for BC Vytautas since their arrival in Lithuania. What have been some of your favorite moments thus far from LiAngelo and Lamelo playing for BC Vytautas?
LB: My favorite moments thus far has been every moment. Just watching my boys play together has been the best moments for me, as they prepare to go to the next level. LiAngelo will be going into the NBA this June, and LaMelo will be coming behind his two brothers soon after that. I’m looking forward to eventually seeing them all on the Lakers.
DP: Before we leave LaVar, what are your major goals and ambitions for Big Baller Brand?
LB: My goal is to grow the Brand on a global scale, and become a publicly traded company, so our fans can own shares of Big Baller Brand because of what we represent. A Big Baller represents a positive mindset. We believe family first, hard work, dedication, and passion towards your goals in life makes everyone a Big Baller. The Big Baller way!
Tickets for the event are predicted to sell out fast and those with an American express blue can get their tickets before they’re released to the general public. Tickets for BC Vytautas vs. London Lions inside the Copper Box Arena are available on Ticketmaster UK.
More predictions and analysis at Doc’s Sports.