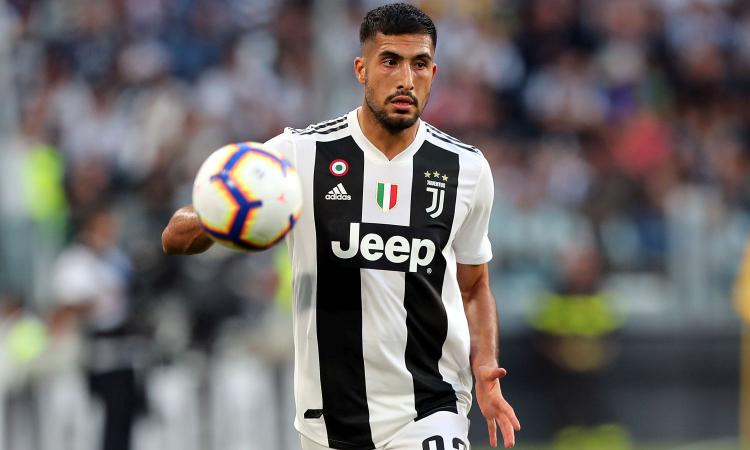 Massimiliano Allegri’s Juventus currently lead Serie A six points clear of Carlo Ancelotti’s Napoli before this evening’s Scudetto encounter against struggling Chievo. The Old Lady, who faces Atlético Madrid on February 20 in the first leg of the round of sixteen knockout stages in the UEFA Champions League, are also currently in pursuit of claiming an unprecedented eighth consecutive Scudetto this season under Allegri.
The Bianconeri, who have won four of their last five Serie A matches, faces Lazio, Atalanta, Parma, Sassuolo, Frosinone and Atlético Madrid in their next six fixtures following this evening’s Serie A game against Domenico Di Carlo’s Chievo.
Juve, who have earned 53 points this season, whilst also remaining undefeated and having conceded just 11 goals in the Scudetto’s this term, are also in the final sixteen of the Coppa Italia where the reigning Serie A champions face Atalanta on January 30. The Bianconeri defeated Filippo Inzaghi’s Bologna in the previous round to set-up an encounter with the Orobici next Wednesday.
Juventus, who most recently won the Supercoppa Italiana in a triumphant 1-0 victory over AC Milan, courtesy of a decisive 61st minute goal from Cristiano Ronaldo, claimed their first silverware of the 2018/2019 season and are in firm contention for a potential treble this term in Ronaldo’s first season in Turin since his €100 million transfer from La Liga giants Real Madrid.
FOX Sports Radio 96.9 FM/1340 AM’s Dean Perretta briefly caught up with Juventus and Germany midfielder, Emre Can, to discuss the Bianconeri’s UEFA Champions League campaign, the prospect of Juve winning the Scudetto for an unprecedented eighth season in a row, as well as the 25-year-old German’s candid thoughts on Die Mannschaft’s vision and progress on the road to Euro 2020.

Dean Perretta: Firstly Emre, Juventus currently lead Serie A. With that being said, what are your overall thoughts on the Bianconeri’s performance so far in the Scudetto at this stage in the season?

Emre Can: We can be quite happy with what we’ve achieved so far. We have not lost a game in the Scudetto and Serie A is one of the leading European Leagues. For sure, we still can improve some things and we will become even stronger within the next month.

Dean Perretta: Juve have now advanced into the knockout stages of the UEFA Champions League. Do you believe that the club now potentially has a chance to win the competition for the first time since Marcello Lippi’s Juventus did way back in 1996?

Emre Can: We are confident enough to say that we are one of the best teams in Europe. Juve has always been strong in Champions League, and even in the last years it was close to the final. But to me, Atlético (Madrid) is one of the most difficult teams we could face in the next round and it will be two interesting games. We have to be focused to get to the next round.

There are probably six to eight teams that are on the same level, but we have always been a team that is very focused and is playing well in the games that matter.

Dean Perretta: What are your overall thoughts so far playing under Massimiliano Allegri?

Emre Can: He (Allegri) is an amazing coach. He has an outstanding tactical knowhow and I pay him much respect. He is able to read a game. We have amazing players in our team and he manages all of them very well.

Dean Perretta: Elsewhere, Germany are currently among the favorites to win Euro 2020 irrespective of an underwhelming FIFA World Cup 2018. How would you describe the positive cultural shift and overall outlook currently for Die Mannschaft moving forward?

Emre Can: I don’t know if Germany is one of the favorites to win the Euro 2020. We have amazing players in Germany, but we have to work hard and have to focus on ourselves. We should not compare ourselves to other teams.

There is a new generation of amazing talents coming up and we have to find the right mix of established and upcomingplayers. I see myself in the middle. I am 25 years (of age) and have played a key role in one of the strongest teams in Europe. Liverpool has been a great experience. Now, I am going to concentrate on improving my skills here at Juve and being able to help the national team as well.