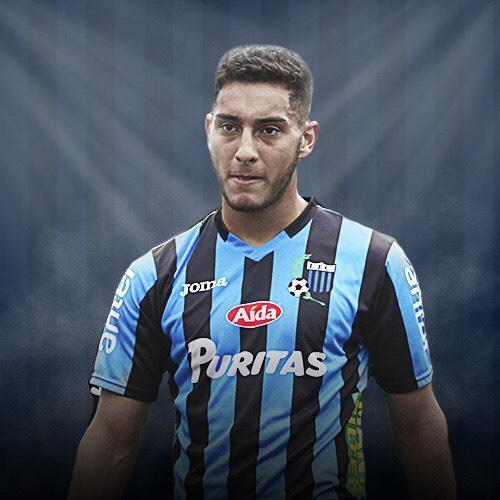 Dean Perretta: Liverpool F.C have won two of their last five Primera División games. Do you feel the club can now positively turn a corner moving forward after dropping points?

Sebástian Cáceres: Yes. I think that the team is in a good moment, in which we are playing very well and also all the players are performing at a great level.
Dean Perretta: What have personally been some of your highlights this season with Los Negros de la Cuchilla? Sebástian Cáceres: I think maybe a highlight was the match with Racing, because I made a personal play in which almost ended in a great goal.

Dean Perretta: This summer marked your debut with Uruguay U20. With that being said, do you believe that Uruguay has a potential opportunity to win the 2019 FIFA U20 World Cup given the current crop of young talent available for selection for La Celeste?

Sebástian Cáceres: Yes, I think we have chances to win the tournament. There are very good players on the team and several are playing in the first team and that gives the team more potential.

Dean Perretta: Lastly, what are your thoughts being part of Uruguay’s next generation and do you feel any pressure living up to the standards set by the current Uruguayan golden generation?

Sebástian Cáceres: I think we are going to give a good image and we are a competitive team, with respect to the pressure. Maybe if there is a bit (of pressure), because the previous generation was champions of South America (Copa América) and was fourth in the world, but you have to know how to play with that, as well in order to play as a champion.
Tweet
Dean Perretta