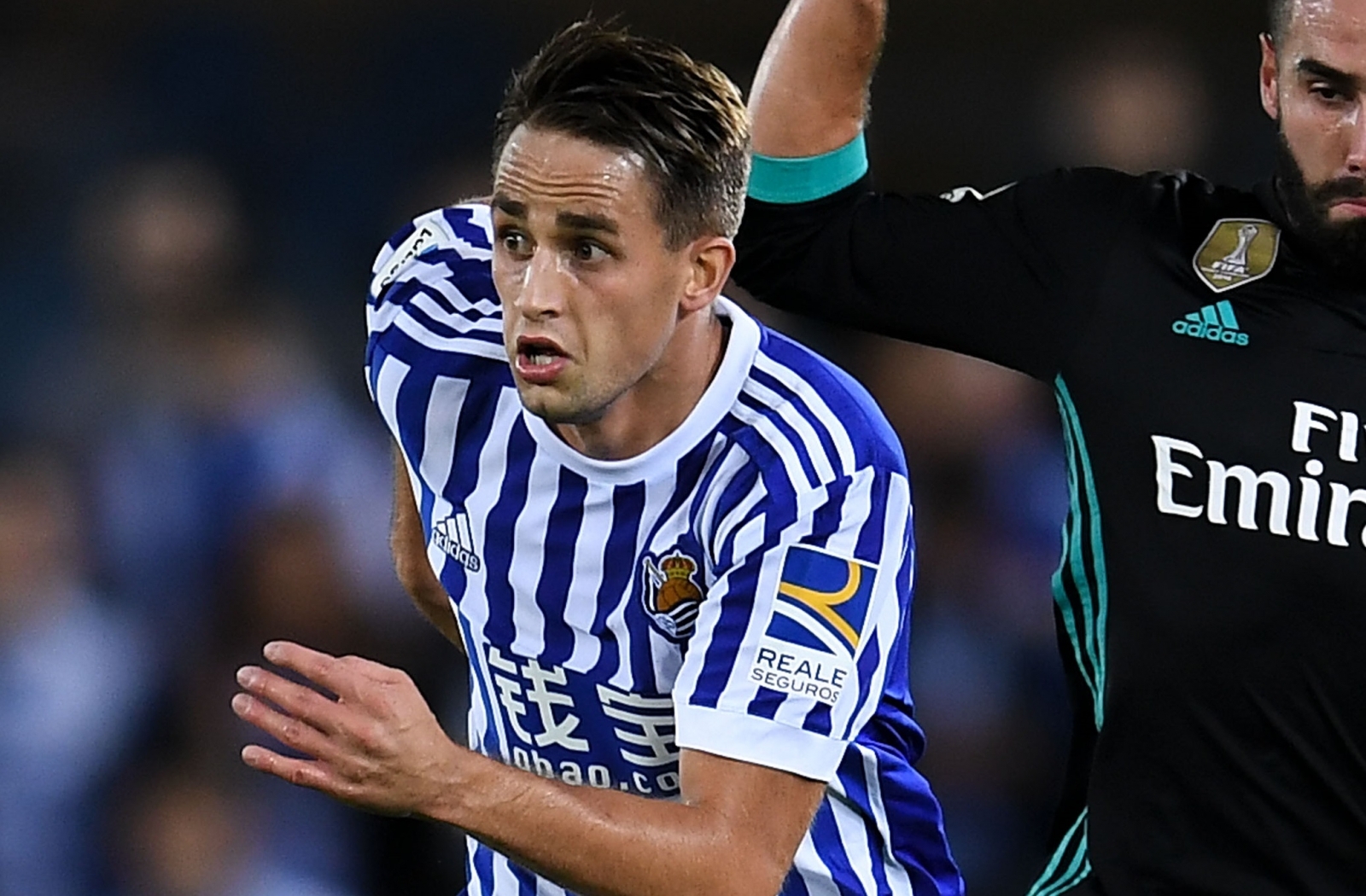 Tweet
Real Sociedad and Belgium winger, Adnan Januzaj, was part of Roberto Martinez’s mesmerizing FIFA World Cup 2018 team which secured the Red Devils greatest-ever finish in history after defeating Gareth Southgate’s England 2-0 in the decisive Third Place Playoff game in Saint Petersburg.
After success in Russia this past summer, the 23-year-old Januzaj now turns his focus back on Real Sociedad as the Basque Country club aims to improve on their 2017-2018 season 12th place finish in La Liga.
FOX Sports Radio 96.9 FM/1340 AM’s Dean Perretta caught up with Real Sociedad and Belgium star, Adnan Januzaj, to discuss his expectations and goals for Txuri-urdinak this season, the Anoeta Stadium and much more.
Dean Perretta: Firstly Adnan, the 2018-2019 league season is now underway. What are your expectations for Real Sociedad this season?

Adnan Januzaj: The season has not started in the best way for me. I have suffered from a sore left knee and I have not been involved in any capacity. The last days of last season with the arrival of Imanol Alguacil, the team showed a great level against major rivals Atlético Madrid and Athletic Club. If we follow that line, and the contribution, we will win Asier Garitano the game. I am convinced that we will be very close to La Liga European (qualification) teams. Personally, I’ll try to improve my stats from last season. I’ve been here a year and I am fully adapted to the locker room and La Liga.

Dean Perretta How would you describe your growth and development playing under Asier Garitano?

Adnan Januzaj: I have not yet been able to work with the new coach. I had some discomfort a few days back from my vacation and took a couple of weeks working on my own to strengthen the injured area as soon as possible and then return to the group. Garitano is sure that I will learn a lot on the defensive and give me more resources so you can help the team in attack. It is a very close coach and a player relationship that is appreciated.

Dean Perretta: The Anoeta stadium has a unique atmosphere with passionate fans. What was your first reaction when you initially made your debut at the Anoeta?

Adnan Januzaj: I’ve been fortunate to play at home in one of the largest and most important stadiums in world football like Old Trafford (Manchester United) and the Signal Iduna Park (Borussia Dortmund). Anoeta was different. Now we are all looking forward to playing in the remodelled Anoeta, to feel the warmth of the fans closer to the field and help us a lot in the coming years.

Dean Perretta: How would you describe your experience of the intense Euskal Derbia against Athletic de Bilbao?

Adnan Januzaj: That was one of the most liked games played last season. The atmosphere in the stadium was impressive with 28,000 fans cheering the Txuri-urdinak since the arrival in the stadium. We were able to repay all the support gaining the eternal rival. It was one of the great joys in a difficult season.

Dean Perretta: Lastly Adnan, how has life been for you so far in the Basque Country?

Adnan Januzaj: It has been a great positive change for me. San Sebastian is a very quiet town where you have sea, mountains, great food and most importantly – a place where they respect your privacy. You can go walking down the street or dine at a restaurant that no one will bother you.