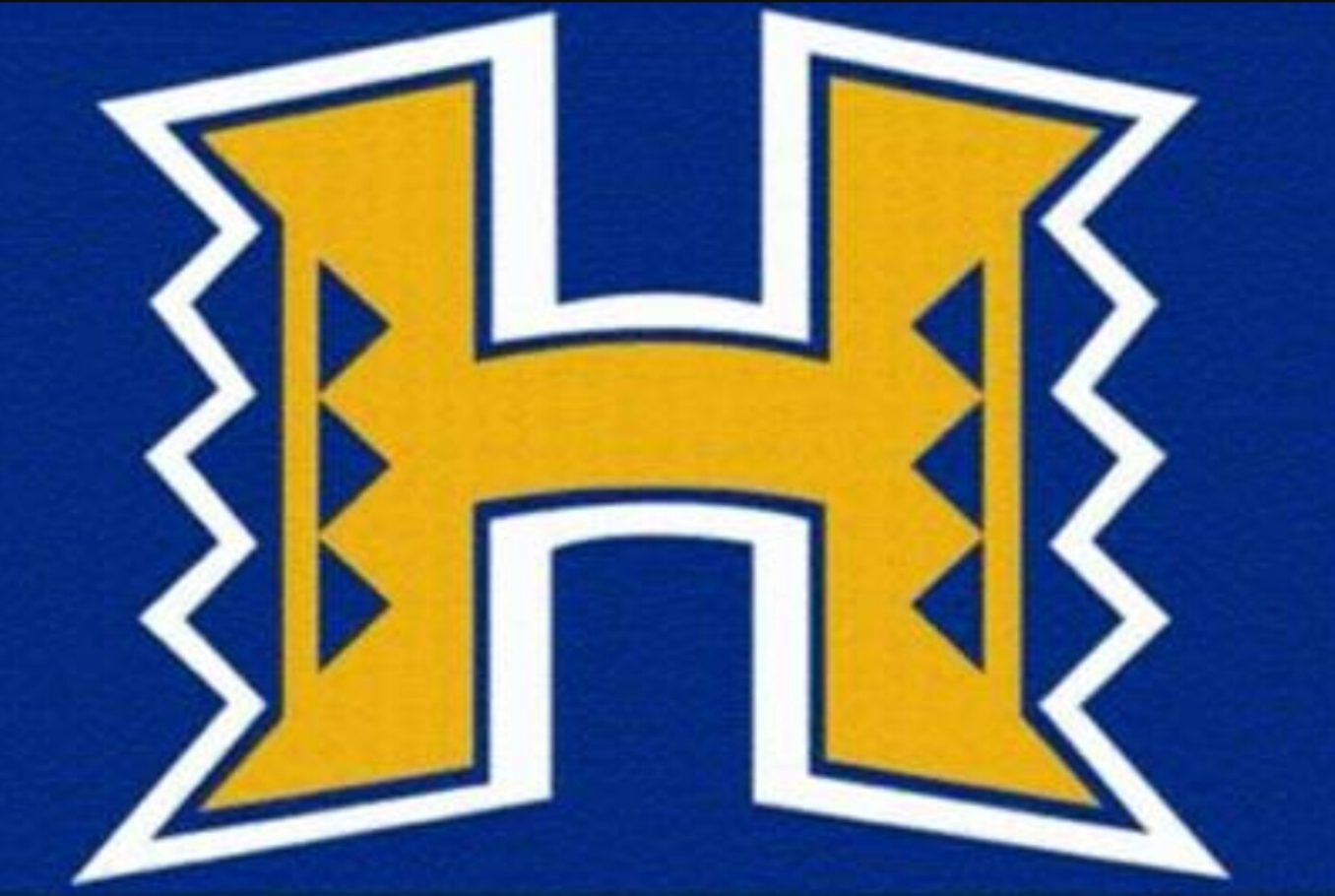 For the fifth time, a game this year had to be postponed from a Friday night because of inclement weather. However, Thursday’s lack of rain didn’t keep Hopewell from raining on the Monarchs of Meadowbrook, 61-7, and they won for the 8th time in 9 tries.

In one key area, last Thursday evening was different than every other game night: it was Senior Night, and 21 Seniors and their families were being honored in a moving ceremony before kickoff. Because the Seniors and underclassmen have performed so well this year, Hopewell is guaranteed at least one more game, gets it at home, and their opponent will be an arch rival, the Petersburg Crimson Wave. ( 7-3) Though the Blue Devils won earlier this year 35-14 in Petersburg, the game was far closer than the score indicates.

Hopewell, like last year, will look at things one game at a time. However, in the back of their minds, they realize, like last year and their state championship, they have earned the chance to possibly extend their season for 5 more games. Last year’s state Division three championship under Head Coach Ricky Irby, was the first for Hopewell since 2001 when Coach Marshall Parker led his team to the Promised Land.

But let’s return to Senior night, which proved to be a sentimental one, not only for the Seniors, but their families who have been rooting on their sons through their 1-3 years of previous play. Coach Irby and his staff deserve great credit for the way they have helped mold this team. A good crowd showed their loyalty as usual cheering them onward.

After the Senior night festivities concluded, Hopewell went on to complete their regular season in style jumping out to a 47-7 lead by halftime , and even with a running clock in the second half and a host of reserves, added 14 extra points. With their victory , they avenged their loss last year at Meadowbrook 13-6. Although this year’s loss marked the end of a disappointing season for the Monarchs ( 0-10), it had the extra challenge of utilizing many underclassmen along with a staff that did not have one returning coach.

This game proved to be a great tune up for the Blue Devils’ playoff opener next week. They remained mostly injury free, and because they had a 40 point halftime lead were free to play second and third team players most of the second half. They were also able to get more work from senior back up quarterback Demonye Taylor, who played so well last week at Dinwiddie, and reintegrate senior starting quarterback Daniel Grier, back from a shoulder injury. ( 4 for 4 passing, 1 TD) Sophomore Robert Briggs continued showing how he is back from a high ankle sprain that sidelined him for several games earlier this year. He ran for 4 touchdowns and caught at 31 yard pass from Grier for a 5th touchdown, all in the first half. Anthony Hale scored each of the team’s second half scores, one being a 76 yard punt return.

Senior Sean Allen had another spectacular night . He returned a punt 55 yards for a touchdown, and had another one called back because of a penalty. (It was the fourth touchdown Allen has had called back because of penalty this year.) He finished this night with 150 special team yardage, intercepted a pass, and caught a pass for 15 yards, and all of this in the first half.

While defensive stats were muted somewhat because of so many playing, the Blue Devils still recorded 4 sacks ( Keyon Williams, Isaiah Roberson, Kesuan Prosise, and Kaveion Cox.)

Hopewell is fresh off what Coach Irby called the best week of practice after the Dinwiddie upset. Having demonstrated a high quality, “no – let up”, win last week, they still have the season-long challenge of limiting penalties in front of them. It has been the only real albatross, and there is no better time to start managing their emotions than in this renewed matchup against Petersburg. The Crimson Wave have continued making strides each week since playing Hopewell, losing only 35-31 to Thomas Dale on the last play of the game. Dale beat Hopewell 49-42 in double overtime in their only loss.

Hopewell enters Friday night’s game as the second seed in the “A” region of their Division 3 bracket, and will have the opportunity for two consecutive playoff games at home. If victorious, that would set up a probable rematch against #1 ranked Phoebus in Hampton in week three. They then could face winners of Regions B , C, and D. Coach Irby has his team though firmly focused upon Petersburg! Let’s plan to have our best crowd of the season, and earn another home berth the following week. What a great goal in the process of aiming for a second consecutive state championship!

Coach Irby each week stresses at his Tuesday Coach’s show what he and his coaches emphasize daily at practice. They consider this thing called football like a family commitment. This serves to either reinforce players who already have a strong family of origin, or it provides the family experience that otherwise is missing. I hear this firsthand upon interviewing many of his players on the Tuesday radio show. It also is communicated well in the player’s questionnaires that they filled out before the season.

In this world of increased anonymity and/or enhanced individualism, how refreshing to see team chemistry stressed daily, and players wishing for team success beyond individual accomplishment.

Enjoying success certainly has its place, but is enhanced when team goals are prioritized, and this is especially important knowing the significant improvement needed to limit the amount of penalties. A key component to the teams’ ability to address areas like this involves the way the team is divided into units – offensive line small group, defensive line small group, linebackers, defensive backs, wide receivers , and backfield mates. Huddled with coaches at each small grouping, they form their goals and hold each other accountable. Any organization with such a small group structure should consider itself fortunate for such a delegation of responsibility.

The wonder of the finished product is the unity, in this case, on the field. Adding special teams, back up players, managers, and trainers to the overall organization, the concept of “team” takes on a renewed appreciation. A man in the first century named Paul remarked how important his conception of “team” was as he compared the contributions to that of the human body working together, the legs working in sync with the arms, fingers, back, eyes, ears etc , all to form a highly functioning human being.

By the way, next week we have the opportunity to show our commitment to our national team identity when Veterans are honored Nov. 11* .As Veterans have put the good of the country above themselves, what a good example for football teams, and each of us as we participate in this journey called life.

Jeff Butler is the Pastor of Woodlawn Presbyterian Church in Hopewell and is the Play by Play Voice for the Hopewell Blue Devils over WHAP Radio 1340AM and 96.9 FM. The game can also be heard online at www.foxsports1340am.com or by phone at 605-313-0571.

This Tuesday night, we continue with the Coach Ricky Irby show from Simply Unique, 230 S.15th St. in Hopewell at 6:30 PM.. It will be on WHAP Radio if you can’t make it.

* Nov. 11 Veterans Day honors our Vets with an 11 AM service at City Point Cemetery. After lunch, there will be a parade through Hopewell from 3 – 5 PM. Then after dinner, the festivities conclude with a Patriotic Concert at the Beacon Theater beginning at 7 PM. The Sweet Adelines Acapella Group sings while the Chesterfield County Band plays, and a group of men playing bagpipes as well.