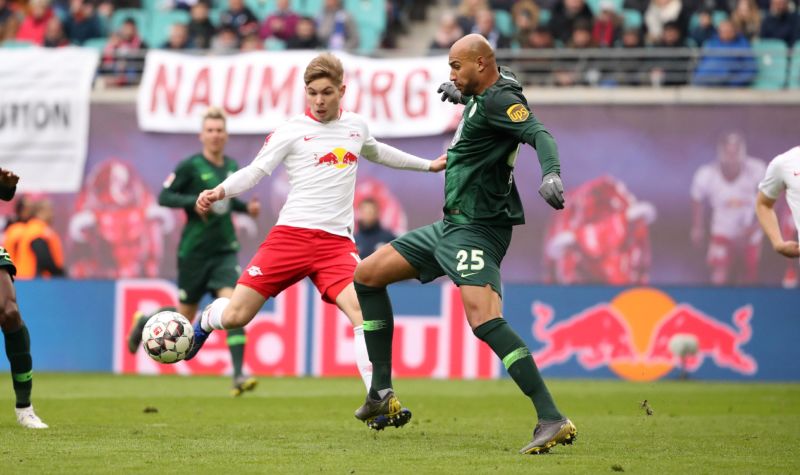 Ralf Rangnick’s RB Leipzig currently sit third in the Bundesliga with five remaining games until the end of the current 2018/2019 campaign. Die Bullen have registered 58 points from 29 Bundesliga encounters this season with the Saxony-based club undefeated in their last eight matches. RB Leipzig, owned by energy drink powerhouse Red Bull, have earned 20 points from their previous eight league encounters, dropping just four points during this period.

RB Leipzig, who presently hold the best overall defensive record in the entire Bundesliga, have conceded 22 goals this season under Rangnick, whereas Die Bullen have shipped four goals in their last eight Bundesliga matches. Elsewhere, RB Leipzig presently have the fifth best attack overall in the Bundesliga having scored 55 goals in the 2018/2019 season.

RB Leipzig, who finished sixth in the Bundesliga last season, were narrowly eliminated during the group stages of the UEFA Europa League courtesy of finishing third behind eventual group winners Red Bull Salzburg and runners-up Celtic. RB Leipzig finished two points adrift of the reigning Scottish Premiership champions largely thanks to Tore Reginiussen’s late 86th minute strike for Rosenborg against Die Roten Bullen in a heartbreaking 1-1 draw which invariably denied RB Leipzig a berth in the knockout phases of the UEFA Europa League.

However, RB Leipzig’s five remaining Bundesliga fixtures for the 2018/2019 season are against: Borussia Monchengladback (April 20), SC Freiburg (April 27), 1. FSV Mainz 05 (May 3), Bayern Munich (May 11) and SV Werder Bremen (May 18). RB Leipzig mathematically remain in healthy contention for UEFA Champions League action next season with four of RB Leipzig’s final five 2018/2019 Bundesliga fixtures scheduled against sides which are currently below Die Bullen in the Bundesliga this term.

Dean Perretta: Emile, RB Leipzig are currently in a position for UEFA Champions League action next season. However, can you touch on the challenges and demands that lie ahead for Die Bullen in securing Champions League football?

Emile Smith Rowe: The league (Bundesliga) is extremely tough. No matter if you play against teams from up higher or lower regions of the table, every game is very close. Obviously, we are in a good spot right now (third in the league) but there are hard games coming up. However, I am sure that we will reach our goal (of UEFA Champions League qualification) if we play the football as in the last weeks.

Dean Perretta: Other than competing for significant playing time, what has been the most important footballing education and personal development for you as a professional on-loan at RB Leipzig from Arsenal?

Emile Smith Rowe: It was for sure a hard time coming to a new country (here in Germany) with a new language and being injured, not able to train with the team. But I think it makes you stronger as a person and a player and I am sure it will help me a lot in the future.

Dean Perretta: What was your first impression upon arriving in Leipzig from a personal perspective?

Emile Smith Rowe: The city is very lovely and beautiful with the historic city center, and the people are very friendly. Of course, you can’t compare it to London but it is easy to feel comfortable here.

Dean Perretta: Can you talk about your professional relationship with Ralf Rangnick and, of course, his coaching mantra and vision?

Emile Smith Rowe: Ralf Rangnick is a fantastic coach who thinks about every detail to the game. He is ambitious and demanding, but as a player you can come to him with everything you have on your mind, no matter if that is football or personal topics.

Dean Perretta: Lastly, how much did growing up Croydon, south London shape you in becoming the person that you are today?

Emile Smith Rowe: Growing up in south London was very different, but I had my family around me all the time and they played a big part (in my life and development as a footballer). I think the little things like going to the park every day behind my house with my brother and cousins helped me as a player, but as a person, I was always looked after so I didn’t have to worry.