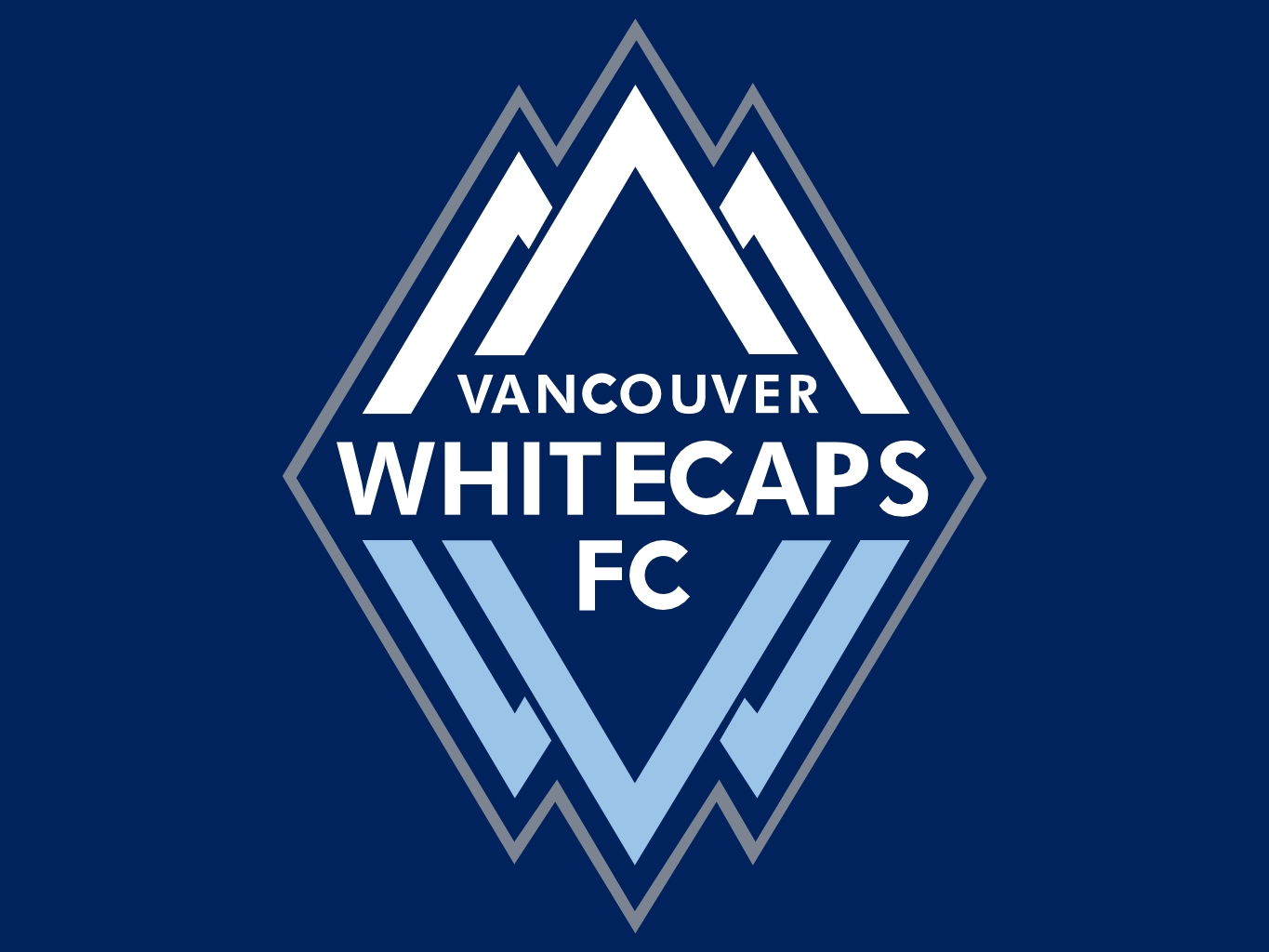 Vancouver Whitecaps FC currently anticipate the kick-off of the much-awaited 2019 MLS season, which begins next month with an away trip against Real Salt Lake on March 9 inside the Rio Tinto Stadium in Salt Lake City, Utah.

The Whitecaps following opening month fixtures for the 2019 MLS season also witnesses the Caps facing Houston Dynamo (March 16) at the BBVA Compass Stadium followed by a clash with Seattle Sounders at home at BC Place.

Recently, Whitecaps undertaken personnel changes after missing out of on the 2018 MLS Cup Playoffs last season courtesy of an eighth place finish in the Western Conference. In November 2018, former Los Angeles FC assistant coach, Marc Dos Santos, was officially named as head coach for the Vancouver Whitecaps with his brother, Philip Dos Santos, also joining the Whitecaps coaching staff as an assistant coach.

I briefly caught up with Philip Dos Santos to discuss the Whitecaps new vision, identity and philosophy, as well as discussing their most recent key additions – K-League’s Hwang In-beom and Tunisia international centre back, Jasser Khemiri.

Wala Amara: Philip, having narrowly missed out on the MLS Cup Playoffs last season, what positives does the club take into the coming season and was last season more a case of improvement from other clubs in the Western Conference?

Philip Dos Santos: It’s difficult for me to talk about last season and compare or make any assessment. I think we were asked to come in and, in some cases, even bring a different identity to the club. That’s what we’re really focused on. I think that the first thing was for us to define what our model of play would be and what identity we want to bring to the team this season and see what’s compatible and what’s not from last season.

That assessment has been done and now it’s the building of the team. Marc (Dos Santos) was very clear in the identity that we wanted to bring to the Vancouver Whitecaps and things were clear to the ownership and the management and we’re going towards that direction right now.

Wala Amara: Vancouver Whitecaps most recently signed South Korea international midfielder, Hwang In-beom, from K League side Daejeon Citizen in a high-profile Designated Player deal. Can you talk about Hwang’s overall qualities and how he will ultimately fit in the Whitecaps current system and set-up?

Philip Dos Santos: Hwang (in-beom) is an extremely talented player, his capacity to be on the ball and work off the ball as well. When you have a profile like that, for us it’s not a matter of how he will play. It’s how he will adapt, first and foremost. We saw great signs in the person and the character of the player to make us believe that he is gonna adapt very well and we think he can be a very influential player not only for the Vancouver Whitecaps but for the league as well.

Again, we go back to our model of play. We want players that fit that model; we know that Hwang will bring that dynamic. It’s a player that very good and his first pass to secure possession and he gets out of a one versus one possession very well. He is someone that allows the team to breathe when we’re on the ball. He fits our model which was a high priority when we were in the offseason and our general manager, Greg Anderson, worked very hard to make sure this would happen.

Wala Amara: How paramount is it for the Whitecaps to not drop points in the opening month of the 2019 MLS Season?

Philip Dos Santos: We want to develop a winning mentality, that’s only possible to be achieved when you win. Every point is gonna be important. There’s no moment that’s better than to make points. We know that it’s a fairly new team, that’s why we don’t want to waste time in the work we do. Since day one, it’s about the acquisition and the principles we want to see in the team and we’re pounding those on players.

I think that the players have been extremely receptive. Their mindset, their willingness to embrace has been fantastic. I think when that happens you could achieve results very quickly. I believe that when we’ll be in day one, I think that game against Minnesota, the players will have a clear idea of what we expect them to be on the field. Obviously, now the team will start with competitive rhythm and how quick can we get that competitive rhythm will determine how quickly we will get the results coming on a regular basis.

From the day, we want to start accumulating points for the Vancouver Whitecaps. We know that every game counts. That’s the approach we have, that’s the approach we want. In building that winning mentality from day one at training in every exercise, at every match, was gonna play in the preseason. That’s what we’re trying to pass as a message.

Wala Amara: Last season, the Whitecaps shipped 67 goals at the back – the second most in the MLS Western Conference behind joint leaders, Minnesota United and San Jose Earthquakes, who both conceded 71 goals last term. With that being said, can you touch on the club’s defensive frailties of last season and the defensive improvements which have since been made in pre-season?

We have a clear idea of how we want to defend, how we want our block to be, positions, we have clear reference to prep. We want to be very aggressive. We don’t want to allow the team or the opposition to be comfortable around the ball.

Always trying to direct them to condition so we can win the ball back as soon as possible. It’s about installing that identity once again. I think it’s a collective behavior that was forcing very strongly on the players. It comes with a mental disposition, it comes with the players being available to work off the ball and I think that if you have that mindset right, chances that we’re gonna develop well on the collective, chances that we’re gonna be on the depiction on the collective, are going to be very high.

Wala Amara: Can you talk about your philosophy and mindset, particularly as it relates to your professional relationship with the players in training camp, as well as both on and off the pitch?

Philip Dos Santos: We think everyone needs to feel part of the process. For us, it’s about people feeling exactly what their roles are and responsibilities are. Not leaving any type of a zone. We’re dealing with men. Everyone wants to be treated like a man, like people with respect. I think it’s about having a balance.

To have truth, clarity, positivism, but also to be able to critique when things are not good enough. I think that we need to be coherent with the message. When things are coherent, people know what to expect, their roles, their tasks when players pass. It’s easier for everyone to be accountable when you’re able to create that in a team when everyone feels part of the process.

Everyone understands their role, responsibility. There’s no ambiguity, there’s no grey area. People are accountable; it’s easier for everyone to do their job. Every day, every meeting, every training session, every opportunity we have to prepare, it’s about not cutting corners. It’s about being at every moment at the highest when it comes to levels of professionalism. It’s a team that is eager to win. It’s a club that is ambitious, we have to respect that. It’s a club that has history and everyone that represents this team needs to understand this. When you approach that like that, I think that everyone develops a mindset of success and becomes contagious.

Wala Amara: Vancouver Whitecaps Marc Dos Santos has a clear idea of the player profile he wants in his team as you have previously mentioned. Does Tunisian newcomer Jasser Khemiri fit the criteria?

Philip Dos Santos: Absolutely. If not, we would not have gone after him. Every player we have today in the roster fits the profile we want, the positional profile that we want and the type of character we want to see in our team.

Wala Amara: How good is the Tunisian league compared to the MLS?

Philip Dos Santos: It’s hard to compare, its two different approaches to the game. It’s a very good league. You see, top teams in that league, Club African [C.A], Esperance FC there are teams that are always very strong and competing.

He has the margin of progression that grows inside the structure that we’re putting in place, and then we try to not focus on the level of the league. It’s important to have an idea of the standards. But you’re talking about an international player for his country. A country that’s always been competitive qualifying for the World Cup. Obviously, it gives a bit of a sense of security we could say that he’s a player that’s gonna come in and compete for a spot with no problem.

Wala Amara: Why did you acquire Jasser Khemiri?

Philip Dos Santos: We always said that we have to think outside the box. The market is very competitive. There are moments where the same players are being looked at by four or five MLS teams. It’s competitive. For us, it’s about being open and not only focusing on the same market.

You look at the MLS, a lot of South American, some Europeans coming in, there are parts of the globe where there are great players, players that are not even being looked at that you can get and come in and be very successful. You look at what was signed a couple days ago from Rwanda (Abdul Rwatubyaye joining Sporting Kansas City). I think that when we look at young players and the MLS, it’s turning to younger players

An African player, for example, you know, from the start that because of his background, because of the reality that people face in certain countries on a daily basis. 21-years-old’s that have international gain such as J.K (Jasser Khemiri). chances are that his levels of resilience of character, they are a little bit higher than a 21-year-old player that had always been in a very comfortable situation. For us, that’s a big element that we look at.

We looked at a lot of players in the offseason, but J.K (Jasser Khemiri) never left our head. There was something in him that if we didn’t take him we would be missing out on an opportunity, then when we start hearing about certain clubs in Germany clubs in the Emirates already making moves towards him. We had to do this. We had to lock it. Be confident enough that this is a player that’s gonna come in and help us.

Wala Amara: As a rookie, what do you expect from Tunisian Jasser Khemiri?

Obviously, we need to manage expectations. It’s a player that comes from a country that’s culturally very different than what he’s gonna find in Vancouver. That’s not gonna fit the language. We need to manage expectations around him with good people, right support, where he won’t be alone for the first couple of months. He’s gonna have support around him. People that speak his language. Yes, as a footballer, he could be in a position to play right away and be extremely competitive who can be the player amongst the best in the league. But, we need to manage our expectations as well, for sure.