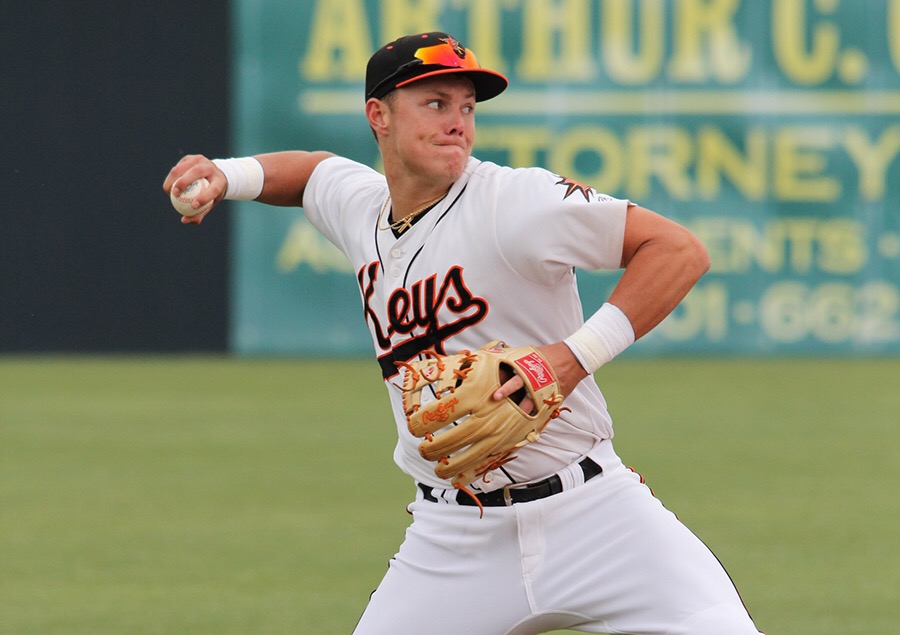 The Baltimore Orioles have to make a decision on whether or not to re-sign their star third baseman Manny Machado, but they may have put a minor-leaguer in place to become his successor.

PHOENIX — In the Arizona Fall League, Orioles prospect Ryan Mountcastle will play third base. According to Baseball America, Mountcastle is #4 on Baltimore’s top prospect list.

He has been assigned to the Salt River Rafters, who feature Orioles affiliate, low-A Delmarva Shorebirds manager Ryan Minor, as the hitting coach. Minor also played third base in the majors, so it’s safe to assume that he knows what areas for Mountcastle to improve in.

“For him it’s just positioning,” Minor said via Baseball America, “being able to have a little quicker release to compensate for what people say is his lack of arm strength. But he’s got enough to play over there. His footwork and everything have to be pretty good for him to able to make the throws he needs to make . . . He’s adequate enough with what he has right now.”

The young infielder played many games between shortstop and third base, but with acquisition of shortstop Tim Beckham, he is blocked. Jonathan Schoop holds down the second base position for the foreseeable future. However, Machado isn’t signed past the 2018 season.

Here’s where Mountcastle’s move to third comes into play.

He doesn’t have the greatest of arm strength and projects as more of a middle infielder. Despite this, some in the organization have confidence in his ability to soak in knowledge and prepare for his future in the majors.

Baltimore has to pay close attention to his development because it could make or break their future at the third base position. Machado is a 3x All-Star and perennial Gold Glove candidate. He won’t be replaced so easily, if he’s even replaced at all.

There is still a possibility that this could just be a contingency plan if Machado decides not to re-sign. If Machado does re-sign with Baltimore, which may net him upwards of $350 million, the Orioles will have ample depth at the position and Mountcastle could be dealt for another piece.