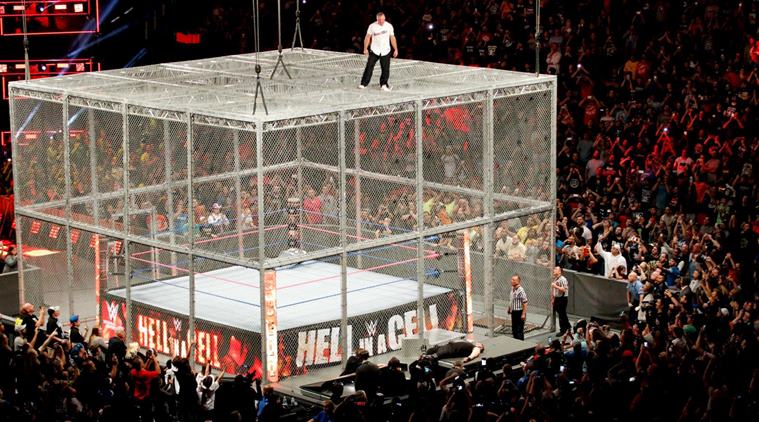 Last night, Hell in a Cell pay-per-view took place from Detroit’s new area, Little Caesars it was a night to remember for several reasons. Therefore, here are my takeaways from the pay-per-view and my thoughts.

There was the main event that was waiting for between Kevin Owens and Shane McMahon. It was a fantastic match that lived up to the hype. The two didn’t incredible job telling a fantastic compelling story all throughout the much. Owens is the best heel in the company right now he always knows when to do the little things. He beat up Shane in front of his kids and even doing is his traditional dance in front of them as well.

The two teased this fact that they wanted to fight on top of the cell. It was scary because it looked like on multiple attempts that the cell was going to break when Owens connected with a pop-up Powerbomb to McMahon. There was a point where they both fought on the edge of the cell. Eventually, they moved down to the middle of the cage and both tried each other off the cage and McMahon rammed Owens head into the cage as a result, Owens went flying through the announcer’s table.

Then, Shane was about to steal the show as he put Owens on the announcer’s table with his a leap of faith dive onto Owens. All of a sudden, before McMahon was about to connect with the flying elbow. Sami Zayn made a shocking appearance and moved Owens out-of-the-way and he put him on top of Owens to get the victory.

It was an extremely smart move for the WWE to open up Hell in a Cell with The Usos against the New day for the SmackDown Live Tag Team Champions. Both tag teams displayed creativity with the use of weapons such as Kendo sticks steel chairs and handcuffs. The New Day used the h Kendo sticks in a unique way to trap Jey.

Then The Usos got their revenge as they handcuffed Big E to the ring, they did the same to Xavier Woods but it was on a ring post. The brothers snapped and when off with numerous kendo stick shots to Woods. The finishing was insane, the Usos put a chair on his chest and they hit another Double Uce for the win. Hell In Cell match was the perfect scenario to end the feud, even though I do not want this feud to end because it has been very entertaining.

Originally AJ Styles was scheduled to defend hey United States Championship against Baron Corbin. Ty Dillinger manipulated SmackDown Live General Manager Daniel Bryan to add him to the match. It was great to see that Tye Dillinger got an opportunity and he was involved in this match.Corbin launched Styles into Dillinger, then slid The Phenomenal One face-first into the ring post. The Lone Wolf was focused on taking apart the phenomenal one and then focus on Tye Dillinger later.

Styles went for a Styles Clash, he was still able to clock Corbin with a knee to the head on the outside. Dillinger pushed Styles to the limit, but he was in a dangerous spot as Styles locked in the Calf Crusher. Corbin broke the hold at the perfect time, then Styles hit the Phenomenal Forearm on Dillinger. However, Corbin reacted fast and he delivered a boot to Styles which send him out of the ring and he covered the perfect 10 for the win. The Lone Wolf Baron Corbin finally won his first Championship in the WWE.

I thought that the pay-per-view, was above average because it delivered on all levels. I would give it an eight out of ten most of the matches delivered. In addition, this Kevin Owens storyline has been unbelievable.

Hell In A Cell results

Randy Orton defeated Rusev via RKO out of nowhere.

Bobby Roode defeated Dolph Ziggler via the use of tights