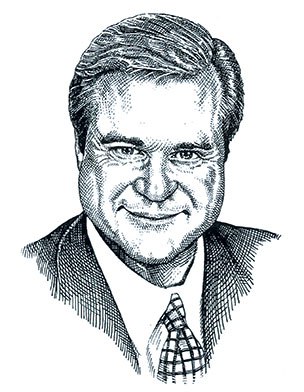 The 2016-2017 NBA season marks Steve Buckhantz 13th consecutive season providing color commentary for the Washington Wizards organization. Many things may come to mind when you hear someone mention the name Steve Buckhantz. Some may think about the four Emmy awards that he’s received. Others may think about how talented of a play by play announcer he is. For every true Wizards fan knows there’s one word that comes to mind when we hear the name Steve Buckhantz. It’s been used countless times for former Wizards point guard Gilbert Arenas. Most notably when he hit a game-winning shot over Kirk Hinrich and Tyson Chandler during round one (game 5) of the 2005 Eastern conference playoffs. This word is more than just a word to Wizards fans. It’s entrenched into the brains of every Wizard fan. If you are wondering what the word is then wait no longer. Issa Dagger and its more than just a word, Issa lifestyle!

Buckhantz was born in the District of Columbia and was raised in nearby Arlington, Virginia. He attended James Madison University in Harrisonburg, Virginia, where he graduated with a BS degree in Communication Arts. When asked who he credits the jump in Dagger popularity he credited the rise of social media and to the repeated promotion from the Sports Junkies on 106.7 The Fan.

In an interview with Dan Steinberg of the Washington Post Buckhantz said “The whole Dagger thing, I think it’s something that fans can relate to, that they associate with me, in a sense, it’s in the vernacular of people, many of whom don’t even know that it was me that started using it in this area. But I think the people who know the Wizards and know our broadcast know the word and the term.”

Buckhantz has made that word so famous that it is entrenched into the vernacular of all Wizards fans but specifically fans in the DC/DMV area.

Vocabulary.com defines vernacular as “everyday language, including slang, that’s used by the people in a specific region.” The DC area is and always has been a hotbed for vernacular aka slang language. There are words like Moe, Kill, Ji Like and a host of other words that are native to the urban DC area/culture. When it comes to the sports scene there is no other word more popular than a dagger. There’s just something about hearing Steve Buckhantz yell DAGGER after a clutch bucket by the Wizards. As a child, I can remember scoring or watching a teammate of mine score a clutch bucket and head the word dagger being yelled from every direction. The term is so deeply rooted in DC culture that my peers and I still use the term when playing.

When discussing the origins of the call with Steinberg Buckhantz said “I just know in my mind I had this visual of the player just sort of driving a stake into the heart of the opposition — this was finality, this was the final shot, the game winner, and for whatever reason — and I don’t know what the reason was — ‘The Dagger!’ just popped out of my mouth. I had no idea it would stick. I just knew it felt comfortable to me. It was very climactic, emphatic; a definite exclamation point to the end of the game. It just felt good.”

Buckhantz and Phil Chenier are both D.C. treasures. For a few months, every year Wizard fans are blessed with the voices of Buckhantz and Chenier. They have been a mainstay in the homes of every Wizards fan over the last decade plus. Buckhantz alone has brought countless memories to Wizards fans. However, no memory can and will ever top hearing the dagger call. So when you are watching a Wizards broadcast and you see John Wall or Bradley Beal hit a clutch shot just remember ISSA DAGGER!! #DCFamily