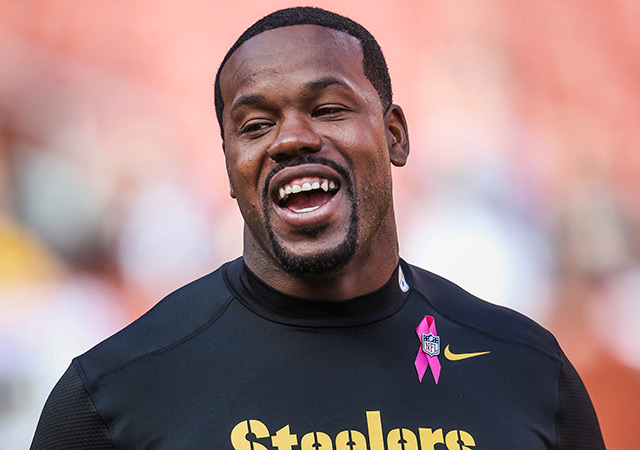 Pittsburgh Steelers’ assistant coach Joey Porter will coach against the Kansas City Chiefs on Sunday. Allegedly Porter was charged with aggravated assault, resisting arrest, and trespassing last week; The Steelers’ organization put him on indefinite leave, but reinstated him after some of the charges were dismissed. “At this time, we have decided that Joey Porter will return to our coaching staff for the game in Kansas City this weekend,” Steelers’ President Art Rooney II said in a statement. “We have reviewed the available information regarding the incident that took place on Sunday night. We have also reviewed the communication from the Allegheny County District Attorney’s office indicating the intention of that office to withdraw all but the summary offense charges.”

Porter has been a great for the community. He has helped the younger generation gain knowledge, wisdom, and told them about his trials and battles that he had to overcome. Porter has had many problems outside of the field, but the Steelers’ loyalty to him has helped him stay out of trouble. “I am grateful to be allowed to return to our coaching staff this weekend,” Porter said. “I regret that I was involved in an incident that could have been a distraction to our team. Most importantly, I regret that I touched the police officer and I sincerely apologize for that action. Thankfully, no one was injured.”

The Porter incident shouldn’t be a distraction to the Steelers as they face the Chiefs this weekend on the road. Ben Roethlisberger will play in his 19th playoff game. He is tied with Mel Blount, Terry Bradshaw, and Franco Harris for playoff appearances as a Steeler. He is 12-6 in the post season and face an optimistic Chiefs’ team that feels good about their chances of winning it all.

At the start of the season, the Steelers blew out the Chiefs 43-14. Big Ben threw for 300 yards and five touchdowns. The Steelers are optimistic about their plans moving forward to their goal of reaching another Super Bowl, so distractions isn’t something that the Steelers are thinking about right now.