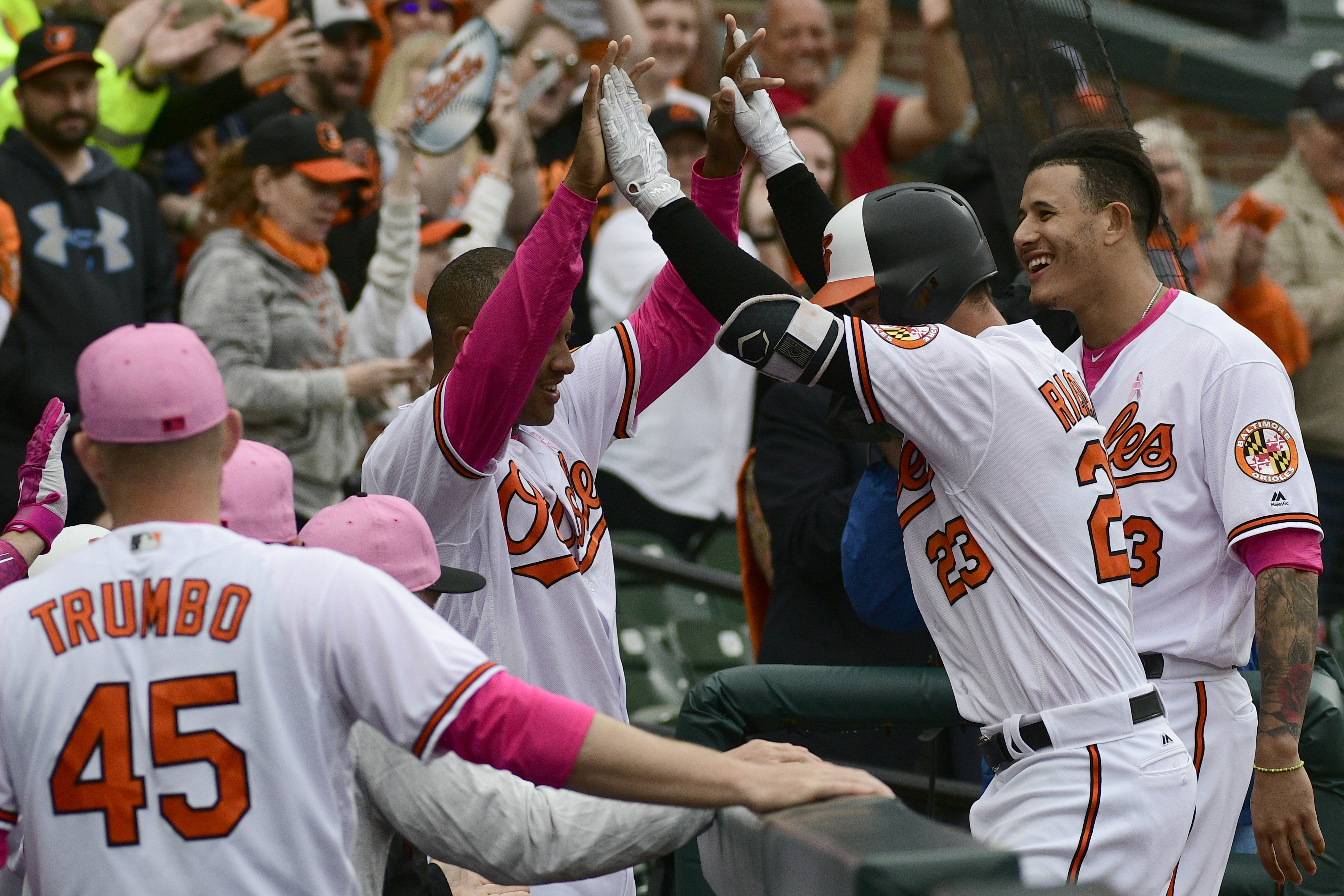 BALTIMORE — In a series where they had won the first game on Friday and took a game during the double header on Saturday, the Baltimore Orioles looked to finish the four-game series off strong against the Tampa Bay Rays.

On the mound would be Dylan Bundy, who didn’t record an out in his last outing. He allowed seven runs against the Kansas City Royals in 0.0 innings of work, which was the worst outing of his career. Things would change for Bundy on Sunday.

Bundy wouldn’t allow his first hit until the fourth inning against Matt Duffy, who doubled. The next hitter to get a hit off of Bundy was C.J. Cron in the sixth inning with a leadoff double. Bundy had a tad bit of trouble with walks, walking four batters during his outing. Other than that, his performance was nothing short of masterful. Bundy finished his day going 7.0 scoreless innings, allowing just two hits, while walking four batters and striking out seven. His ERA has now dropped to 4.53 on the year.

“Mechanically I did some things in between starts to try to get better,” said Bundy in his bounce back start. “I still have some work to do with the fastball command, but overall, I felt better with my secondary pitches and kind of attacking the hitters.”

If it wasn’t for Baltimore’s offense, Bundy would be the shining star of Sunday’s matchup against the Rays. However, the Orioles had an offensive outburst of epic proportions, starting with a Danny Valencia solo home run in the bottom of the second inning. Valencia was then followed up by Joey Rickard with a home run of his own. A few batters later, Trey Mancini belted a home run, putting the Orioles up 3-0 after the second inning.

In the bottom of the third, the Orioles scored another more run. With Valencia at-bat again, he reached first base on a throwing error by Duffy. Manny Machado would make it to the plate with Mark Trumbo reaching second base. Baltimore then had the 5-0 lead.

The first offensive explosion came during the bottom of the fourth inning. The onslaught began with a double off of the bat of Machado, scoring Mancini and advancing Adam Jones to third base. Next, Jonathan Schoop would single to left field, scoring both Jones and Machado. Schoop advanced to second base on the throw. Valencia would strike again, singling on a softly-hit ground ball back to Andrew Kittredge. Schoop scored and Trumbo advanced to second base. Rickard would come up to bat with Trumbo and Valencia on and belted a three-run home run, for his second home run of the day. This gave Baltimore an 11-0 lead at the end of the fourth.

Baltimore would continue their hot hitting in the bottom of the seventh inning. Caleb Joseph led the inning off with a triple, which set the stage for Mancini. Though Mancini would ground out, Joseph scored. Jace Peterson would enter the game for center fielder Adam Jones and walk. Machado would then score Peterson on a double to center field. Valencia would single, scoring Machado and advancing Trumbo to second base. Rickard singled, scoring Trumbo and moving Valencia to second base. With two runners on, Craig Gentry had a bases-clearing double to score Valencia and Rickard, giving Baltimore a massive 17-0 lead.

The Rays would get their only run of the game on a Denard Span single to left field, which scored Rob Refsnyder. Tampa Bay’s only run was against left-handed reliever Donnie Hart, who was just recalled from Triple-A Norfolk on Sunday morning. Hart went one inning, allowing one run (one earned) on two hits and he struck out one batter. His ERA is now 2.45 on the year.

Mike Wright Jr. entered the game in the ninth inning to finish off the game. He allowed one hit and one walk during the inning, before inducing a ground ball for a game-ending double play. Baltimore would win the game 17-1.

“I think that anytime you can take a little bit of the, I don’t want to say invincibility away from him [Blake Snell], but I guess I just did, it kind of maybe put them on their heels,” Orioles manager Buck Showalter said of attacking Rays starting pitcher Snell. “He’s filthy and guys really grinded the at-bats. It’s one thing to make him throw strikes, it’s another thing to give yourself a chance to hit. I think the pitch count on him at such an early point was big to make him grind everything. He’s a good one. Someone will pay the price for that one next outing.”

As for the Orioles as a team, they finished with a season-high 19 hits and a season-high 17 runs. Coming into the game, Baltimore sitting 5.5 games back from Tampa Bay for fourth place in the division. However, they were able to make up a bit more ground on Sunday after defeating the Rays.

“It’s definitely a good team win for us,” Rickard said. “Dylan [Bundy] went after guys, got the defense off the field and let the offense take over from there.”

Bundy’s seven-inning scoreless outing on Sunday was his second scoreless outing of the season (Opening Day versus the Minnesota Twins). He snapped a three-start losing streak. It is his fifth quality start of the season and the fifth start this season with seven or more strikeouts. He is 2-3 in seven career starts versus Tampa Bay. He finished with 100 pitches with 63 of them being strikes.

“It’s a great feeling,” Rickard said of his offensive output on Sunday. “It was a great feeling to obviously help contribute in that way. It’s a blessing, but still gotta go out there and continue every day.”

Mancini’s sixth home run of the season is his second in three games. He led off the game with a single and is now hitting .419 (13-for-31) in the first inning this season. Mancini is also hitting .333 (15-for-45) with three home runs against left-handed pitchers. It is his 12th multi-hit game, with his mark being the second-most on the team after Machado’s 17 games.

Valencia tied a career-high with four hits in Sunday’s game, a feat that he has accomplished now nine times. It was his fourth multi-hit game on the season. He hit his fifth home run of the season, a solo home run to lead off the second inning. Valencia drove in a season-high four RBI, his first game with at least four RBI since driving in five RBI against Tampa Bay on June 2, 2017. He is now batting .515 (17-for-33) with three home runs and 12 RBI against the Rays since the beginning of the 2017 season.

“It was a good win for the boys,” Valencia said. “It was very meaningful, it’s also on Mother’s Day. I’m sure all of the mothers watched and I had a good game because she was definitely watching.”