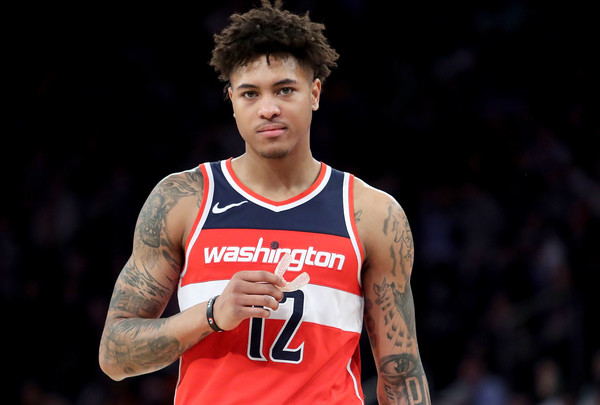 At times we forget they are human. They struggle with internal demons just as we do and giving them a platform to speak on their issues while encouraging others to speak up in the process is crucial.

I’m talking about athletes, the ones that make millions of dollars playing the game they love. Specifically, NBA players, who are constantly reminded by commissioner Adam Silver that they can speak freely on topics they feel moved by. In recent weeks, we have seen two star players in the league take up on that offer. Toronto Raptors guard DeMar DeRozan and Cleveland Cavaliers power forward Kevin Love have come forward and talked on their bouts with mental health and depression. The support via social media has been flowing constantly and it is prompting other to speak up on the matter.

The latest voice to come from the shadows is Washington Wizards own Kelly Oubre Jr. In a recent podcast with Chris Miller and Chase Hughes of NBC Sports Washington, he revealed that he has his struggles too.

“This sh*t is serious…I just go into a quiet place and breathe, man,” he told Hughes and Miller. “Just being mindful is the only way I know how to get through any anxiety, any depression or anything like that.”

He commented about the different methods that were suggested to him to treat his anxiety and depression, stating that he heard about different alternative treatments from CBD to red bali kratom, but he spoke to his physician, wanting to find a solution that best suited him. Displaced from his home in Louisiana during childhood due to the devastation Hurricane Katrina caused, Kelly had one guy that helped him through it all. His father, Oubre Sr. To this day, Sr continues to be a big presence and voice in the young 22-year-olds life:

“It’s just the piece of mind, that mental stability he gives me just by seeing him. He doesn’t even have to say anything. I just see him…I feel like we’ve been through it all. This little piece of adversity, it’s not going to hurt me. I will be able to get through it. He’s definitely like a crutch that I use to stand on in this life, man.”

If you watch Wizards basketball or are aware of the way he presents himself on social media, as the self-proclaimed “Wave Papi,” Oubre would be the last guy you’d suspect of battling depression. He states, “I’m really good at keeping a poker face because when I was growing up my dad always told me ‘don’t let nobody see you weak.’ Nobody sees that I’m weak, but deep down inside I am going through a lot.” A mental health disorder that wears no face and anyone is susceptible to be its next victim. It’s great that he has this platform where he can share his story and let others know that they’re not alone. It takes courage to talk about something so personal and if this encourages others suffering to seek help from the honey lake clinic or friends and relatives, it’s all worthwhile. His dad, who is present at every Wizards game is his physical healing agent and is big on his son’s mental health. It’s clear that Kelly and his dad’s relationship is instrumental in his becoming of a man but also a big factor in how he handles things emotionally, behind the curtains.

Oubre expressed that his problems with mental health are mostly due to the fact that he wants to be great. The idea of him falling short of any personal goal weighs heavily on him, which is evident on the court. He is the energy, the spunk, and ultimately the heart of the Wizards team. He works diligently and when things don’t go his way on the court or he’s having an off night, it shows in his attitude.

Love, DeRozan, and Oubre are just a few of plenty in the league that is suffering and internalizing their issues with mental health/depression, but they have set the tone for others to come forth. The fear of judgment must be erased for others to share their story and with each face that comes forward to express themselves, that is happening. The NBA allowing its players to have a voice could save someone in the long run. Hopefully a more open discussion about mental health can bring about new practices to the forefront. In some instances, it may be allowed to have medical marijuana as a remedy, with people growing their own at home by utilizing websites such as I Love Growing Marijuana for supply.