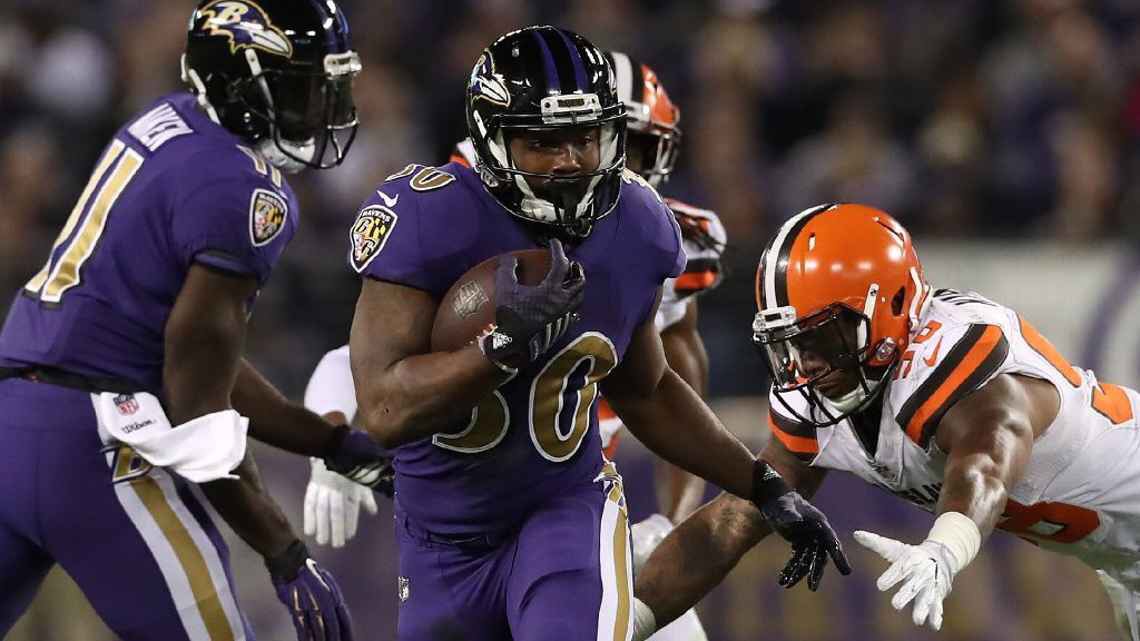 Baltimore Ravens running back Kenneth Dixon has been suspended an additional two games for violating the NFL’s substance-abuse policy, according Ian Rapoport of NFL Network.

BALTIMORE — The Ravens running back was previously suspended for four games before the season started for violating the league’s performancing-enhancing drug policy. However, it is a moot point considering that he is out for the season with a knee injury.

When suspended in March, he admitted his error injudgment.

“I mistakenly took a substance without the proper NFL medical exemption, and while it was unintentional, I accept full responsibility for my actions and their consequences,” Dixon said. “I am truly sorry for the mistake I made and the distraction it causes. Moving forward, I remain committed to focusing on my offseason training, conditioning and game preparation so I can be an immediate impact player for the Ravens when my suspension is over.”

Dixon, 23, was a fourth-round pick in the 2016 NFL Draft for the Ravens. In his rookie season, Dixon carried the ball 88 times for 382 yards and two touchdowns. He also had 30 receptions for 162 yards and a touchdown. He went under the knife for surgery to repair the torn meniscus in his knee.

According to Pro Football Focus, Dixon forced 26 missed tackles on 88 carries and earned a 79.1 overall grade. This ranked him as the 17th of 61 eligible running backs. He graded out at 82.1, which was ninth best among running backs.

Dixon, will return next season, in which will be a very important one for the second-year back. He has battled injuries and has been now suspended twice. It will be an uphill battle for him to return into the good graces of head coach John Harbaugh. Due to his talent, he could return to a starting role if he is healthy.