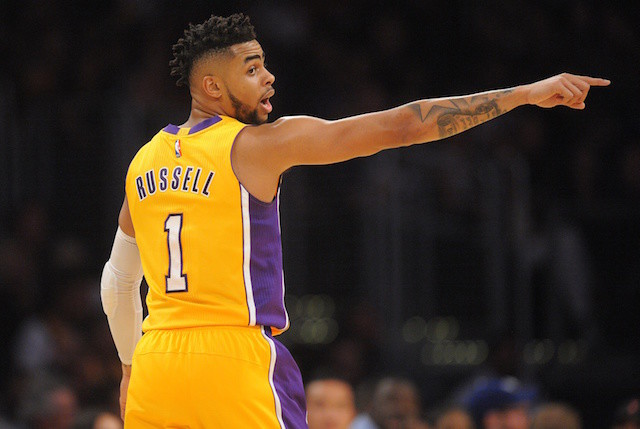 As the NBA Draft nears, rumors begin to swirl around on moves teams may make. A rumor that came into fruition Tuesday Night was the Los Angeles Lakers and D’Angelo Russell. Adrian Wojnarowski reported the Lakers agreed on a deal that will send Russell and Timofey Mozgov to the Brooklyn Nets for Brook Lopez and the 27th pick in the 2017 NBA Draft.

The Lakers have been rumored to find ways to clear cap space in hopes of a run at Paul George or maybe even LeBron James in 2018. Mozgov was given a very luxurious contract last offseason. Shipping him to the Nets shed $54M total from that deal. The move to add Lopez will help the Lakers clear close to $30M after the 2017-2018 season is over as his contract will expire.

Moving D’Angelo Russell, a promising guard heading into his third NBA season, seems to indicate that the Lakers will take Lonzo Ball with the second pick in Thursday nights draft.