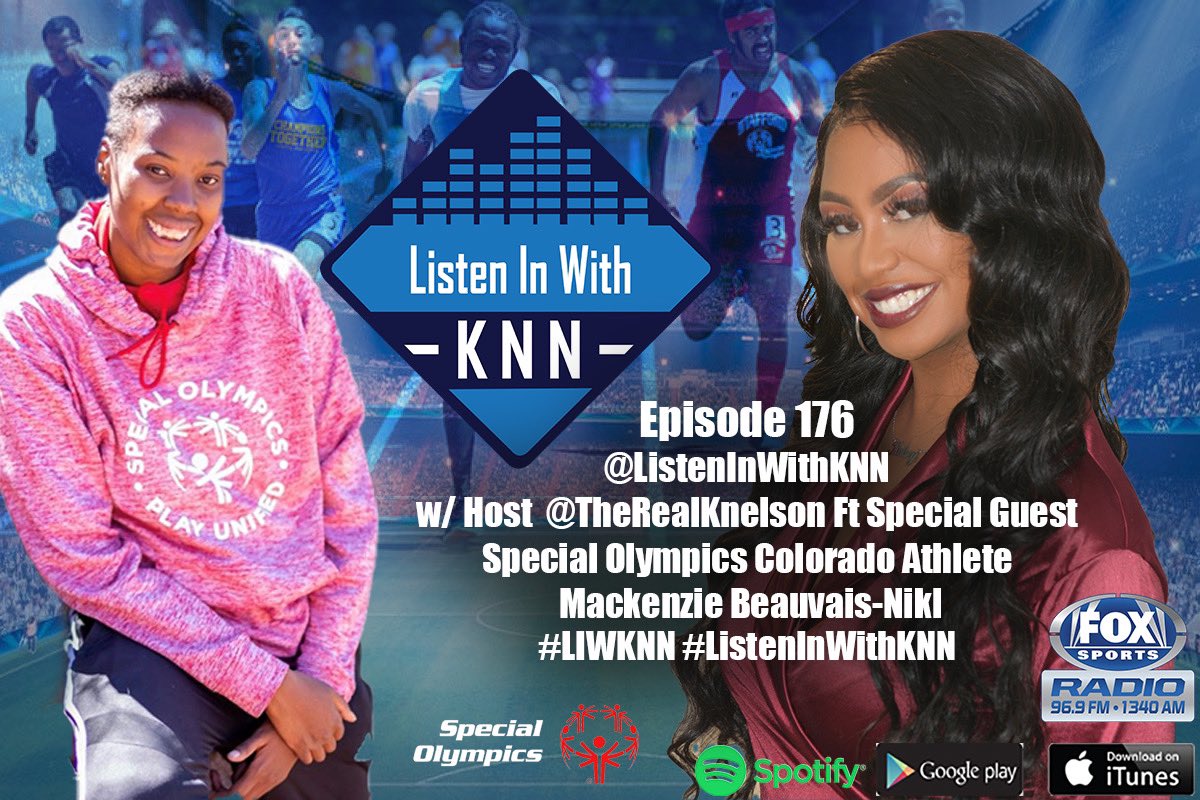 On the 176th episode of Listen In With KNN on Fox Sports 1340AM, host Kelsey Nicole Nelson welcomed Special Olympics Colorado athlete Mackenzie Beauvais-Nikl to the show.

Her journey to Special Olympics began in middle school when her special education class was invited to do an expo for Special Olympics. All the Denver Public Schools special ed departments competed with each other in sports such as soccer, basketball and track and field. Beauvais-Nikl was intrigued about the program and decided to join its Unified Club during her freshman year at Thomas Jefferson High School. Additionally, her mom signed her up for the Adaptive Recreation program at Denver Parks and Recreation.

“They offered soccer through Special Olympics and that’s how I got more involved playing with Adaptive Rec to get into Special Olympics Colorado. I just started from there and I was about 12 or 13 at the time,” Beauvais-Nikl said.

She has spent 10 years as a Special Olympics Colorado athlete as it was a place that she could be herself. Also, Beauvais-Nikl has developed a close relationship with her coach, Aspen even though she disapproved of her authority at first.

“When she told me to do stuff, I would talk back and not listen and so the other athletes would do the same exact thing because I was leading in a bad way. Then, my mom made us sit down together and hash everything out because I was at the point that she was going to kick me off the soccer team. Ever since that talk, me and Aspen are super close. She’s just a really amazing human being that saw the good in me,” she said.

“I want to see more athletes get their voices out and to have a purpose in their lives and not to give up on their dreams. I’m still very excited for this very big opportunity. I’m not that person to show that emotion because I want other athletes to have the same success that I do. When that time comes, I’ll be more happy to see and be able to have more emotion into seeing more athletes being involved as I am,” said the Special Olympics Colorado athlete.

One of the ways she suggests getting more athletes into positions of power is doing athlete leadership programs.

“We have so many athletes that are really good leaders and people just don’t really see that yet and getting to have their voices heard because the Special Olympics athletes are just amazing. They’re always willing to do stuff for their community to make it a better place to be and seeing all these amazing leaders all over the world for Special Olympics is amazing. Even if they don’t like doing sports, there’s still more opportunities in Special Olympics to be able to have very great leaders like myself,” Beauvais-Nikl said.

Recently, she graduated from the Inclusive Higher Education Certificate Program at Metropolitan State University of Denver with a certificate in Photojournalism. Beauvais-Nikl’s message to the students in the program was to make their dreams come true.