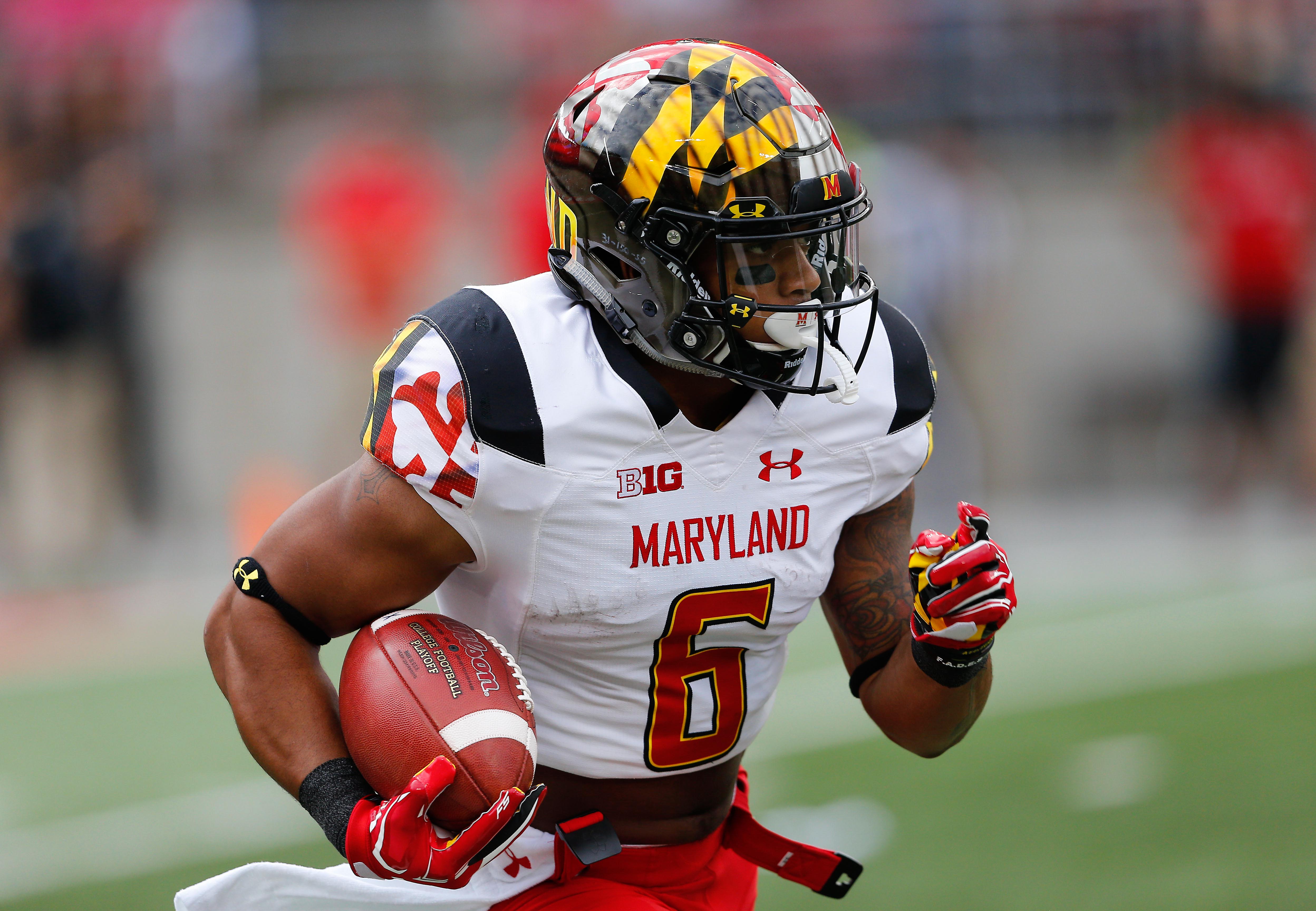 Maryland football is looking to improve on their last place finish in the Big Ten East behind a new offensive coordinator.

It’s been a rough two seasons for D.J. Durkin in College Park to say the least.

After a 6-7 record in his first season with the Maryland Terrapins, many hoped that the program was on the rise. Durkin is known as a terrific recruiter – sound familiar in College Park? – and his first recruiting class was ranked in the top 20 in the nation. All steps in the right direction entering the 2017 season.

A shocking upset of Texas in Week 1 led many to believe Maryland was ready to be competitive. But Durkin could have never thought he would be forced to go to his fifth option at quarterback as injuries plagued the Terps all season long. The end result was a 4-8 record despite starting the season 3-1.

So what are the expectations for the Maryland football program entering their third year under Durkin?

The Terps will never admit it publicly, but they are nowhere near close to catching up with the big dogs in the Big Ten. Ohio State, Michigan and Penn State remain the class of the East division, and it’s hard to imagine that changing any time soon. Six wins should be the benchmark this season.

Maryland is capable of getting back to a bowl game this season if all goes according to plan. The offense does return some talent around whoever wins the quarterback job this summer. The defense, Durkin’s calling card, expects to be better with another year under his system. Let’s take a deeper look into the five keys to the Terps making it back to a bowl game this season.

It’s no secret that the injuries to the position demolished any hope last season. Tyrell Pigrome tore his ACL in the win over Texas. A few weeks later, Kasim Hill would face similar fate, ending his season. Max Bortenschlager would be the next in line, only to have injury issues of his own. Caleb Henderson, a transfer from North Carolina whom many expected to be the starter entering the year, was never healthy enough for the job. Durkin had no choice but to use Ryan Brand, who completed just 24 passes in five games as the signal caller. Even with a talented D.J. Moore on the outside and a stable of solid running backs, the Maryland offense could never get it going.

Similar to a year ago, Pigrome and Hill will battle for the starting job this summer. Durkin has said that Bortenschlager remains in the mix, but that’s mostly coach speak as he’s not an ideal fit in the scheme that new offensive coordinator Matt Canada will use. Canada’s offense will still revolve around the run game, specifically the jet sweep, but many around the program expect Hill to have the upper hand because he’s the better passer. With that said, the terrific performance by Pigrome in his three quarters of work against Texas will certainly be on the minds of the coaching staff.

Canada will have his quarterback under center a lot more than previous offensive coordinator Walt Bell, who operated primarily out of the shotgun. Whether it’s Hill or Pigrome in charge of running the offense, they’ll have weapons to hand the ball off to in the backfield.

Ty Johnson and Lorenzo Harrison give the Terps a great duo at running back. Johnson has averaged 7.5 yards per carry in his first three years at Maryland, and is on the watch list for both the Maxwell and Doak Walker Awards. Anthony McFarland, the former DeMatha product who has game-breaking speed, also figures to get his share of carries in the ground game. Jake Funk, Javon Leake and Tayon Fleet-Davis will also see some snaps in Canada’s run-first attack.

The Terps need to improve on a ground game that finished eighth in the conference in rushing. The hope is Canada’s offense will get the best out of the deep pool of rushers to spark the offense. Durkin has hinted that multiple backs will be on the field at the same time to keep opposing defenses off balance. It helps that they will work behind an offensive line that returns all five starters.

Before diving into the line, condolences to Jordan McNair’s family. The 19-year-old passed away after being hospitalized following an offseason workout. No family should have to go through a situation like that with a teenager.

Durkin has made it a priority to beef up his offensive line in his time at College Park. It’s rare in college football that a team returns not only the entire starting offensive line, but quality depth behind them, while continuing to add new pieces on the recruiting trail.

The line will be anchored by tackles Damian Prince and Derwin Gray, each of whom have caught the eyes of NFL teams. Terrance Davis, a highly-rated prospect coming out of high school, enters his third year as a starter. Brendan Moore will make the calls on the line as the center, and is a candidate for the Rimington Trophy, given to the nation’s most outstanding center. Sean Christie returns at left guard, and will have the most competition to keep his starting job with some impressive young talent waiting in the wings.

Three of the Terps’ top six recruits in their 2018 class will play on the line. Jaelyn Duncan, from St. Frances Academy in Baltimore, was a highly sought after prospect, but chose to stay close to home. They also landed Evan Gregory from DeMatha and TJ Bradley, a JUCO transfer from Lackawanna Community College in Scranton, Pa. Marcus Minor, another DeMatha product the Terps scooped up in their 2017 class, will also be in the mix.

The Terps have some question marks on the outside following the departure of D.J. Moore to the NFL, but health will be the number one key for Durkin. With a healthy Pigrome or Hill at quarterback, the offense should look more like the one we saw against Texas last season. Maryland football should flirt with bowl eligibility this season, which would be a successful third season for Durkin considering the powerhouses in their conference.