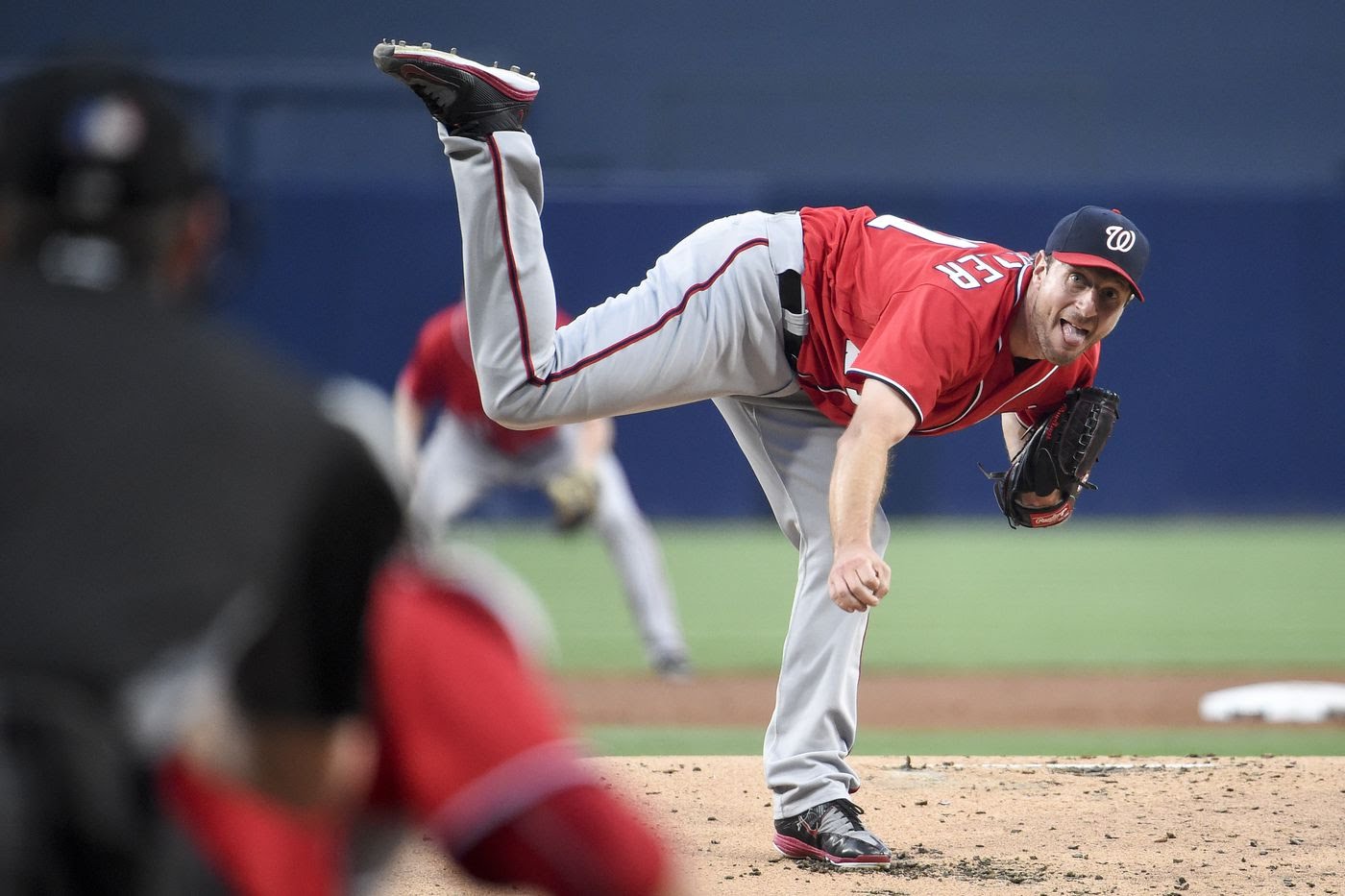 As expected, Washington Nationals ace Max Scherzer will be the Opening Day starter. He is set to take the mound on March 29 in Ohio against the Cincinnati Reds. This is no surprise to anyone that keeps up with the Nationals, or baseball as a whole, as Scherzer has etched himself as one of the greats of this time (with the likes of Dodgers ace Clayton Kershaw).

It was a never a question for manager Dave Martinez as he told the media that the day he got the job the decision had been made. He has been the Opening Day starter every year since joining the Nationals – excluding last season where a fractured knuckle set him back – so the tradition continues. The spotlight is where Scherzer shines, and his passion of the game won’t allow him to be second.

When Martinez went looking for Scherzer to tell him the news that he would be the starter, he was not able to find him. After roaming the facility, he stumbled upon him in the film room. Shocker. Studying video on the Cincinnati Reds first baseman, Joey Votto. Alone in the room, where he examined, coached himself, and pored over how to get arguably one of the best hitters in baseball out. Something that his talent alone could do, but it’s just a testament to how dedicated and devoted he is no matter how much experience he has under his wing. The three-time Cy Young Award winner exudes what a winner is.

“I don’t understand, if you’re a young pitcher and Max would allow you, why you are not hanging on his belt loop and just mimicking everything he does…Because he gets it. He’s an intelligent pitcher. He knows his body. He knows his delivery, because he’s made himself know it.” -General Manager Mike Rizzo

Make no mistake, younger pitchers or just anyone looking to get better listen to Scherzer. You can often find him on game days – excluding his day on the mound when he prefers to be left in silence- mentoring young pitchers while they just sit, quiet, soaking it all in.

Ferocious in all that he does, Scherzer has been taming himself up for another 200+ inning season. Last year he totaled 200 2/3 innings, which was enough to earn him another Cy Young Award, but it was his lowest since 2012 dating back to his stint with the Detroit Tigers. With his bout of small lingering injuries last season, the team wants to monitor how hard he goes, which will be quite the task. Two hundred is the magic number for Scherzer, who is accustomed to finishing around the 240-innings pitched range. October is all that matters for a team who is penciled in as a regular season dominant force, and their ace needs to be ready for the biggest stage.