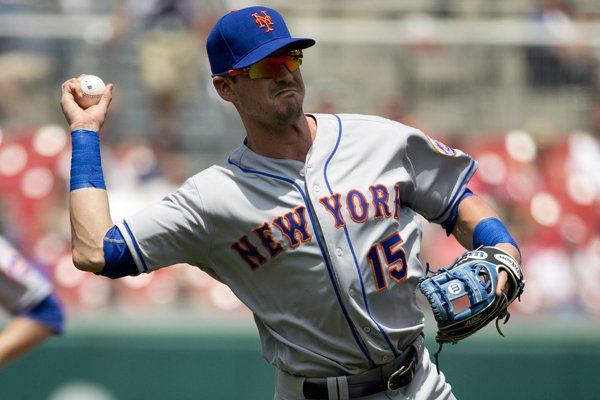 The Washington Nationals announced that they filled their 40-man roster by acquiring utility man Matt Reynolds from the New York Mets in exchange for cash considerations.

The 27-year old Reynolds has slashed .228/.300/.301 with four home runs and 18 RBI in 226 plate appearances during his limited playing time over the past two seasons. While his batting was subpar, his real value comes in his versatility. Reynolds has experience playing all four infield positions and both outfield corners. This should come in handy for the Nationals should second baseman Daniel Murphy start the season on the disabled list following offseason knee surgery. Reynolds is also under team control for five more years.

The 2012 second round pick out of the University of Arkansas nearly made history in 2015, when the Mets called him up during the World Series against the Kansas City Royals as an injury replacement. Had Reynolds seen the field, he would’ve been the first player in Major League Baseball history to make their debut in the World Series.

According to Baseball Reference before being traded to the Nationals, Reynolds was projected to slash .242/.316/.389, with seven home runs and 27 RBI in 275 plate appearances. However, with players like Howie Kendrick, Wilmer Difo, Brian Goodwin and Matt Adams as a part of the fold, Reynolds will have to scrap and claw to make the roster. Reynolds also has one minor league option remaining, which makes him a candidate to stick with the 40-man roster during the course of the season, even if he doesn’t make the 25-man roster at the end of spring training.

Nationals’ pitchers and catchers are scheduled to report for spring training on Wednesday, February 14th in West Palm Beach, Florida. The position players will report the following Monday, February 19th.