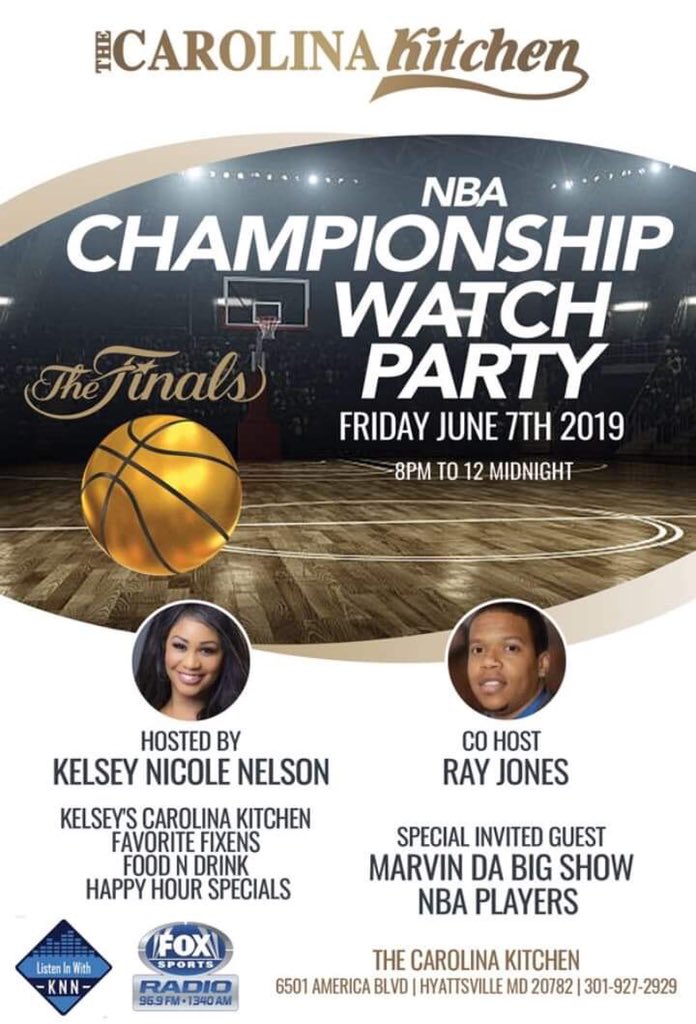 FOX Sports Radio 96.9 FM/1340 AM’s NBA Championship Watch Party experience, hosted by the charismatic and dynamic duo of Nelson and Jones, and in conjunction with Carolina Kitchen, fully guarantees a positively entertaining, fast-break slew of exhilarating non-stop hoops action, whereas very special guests will indeed be in attendance to vividly light up and incessantly delight what is firmly set to be an already unforgettable night of sumptuously delectable food, uber-positive vibes, and, of course, the centrepiece – the holy grail of NBA basketball where legends are indeed born – the NBA Finals.

Will the revered and ever-dominant Splash Brothers, Stephen Curry and Klay Thompson, coldly and unmercifully eviscerate the Toronto Raptors dreams to the point of no return courtesy of an excellent three-point onslaught from downtown? Will the imposingly gifted and never-say-die Kawhi Leonard and the underdog Raptors valiantly rise above to courageously inspire a first-ever title for the Canadian basketball franchise? All will indeed be revealed in emphatic fashion and breathtaking circumstances this coming Friday night at the hospitable and lively Carolina Kitchen in Hyattsville, Maryland for FOX Sports Radio 96.9 FM/1340 AM’s 2019 NBA Championship Watch Party.