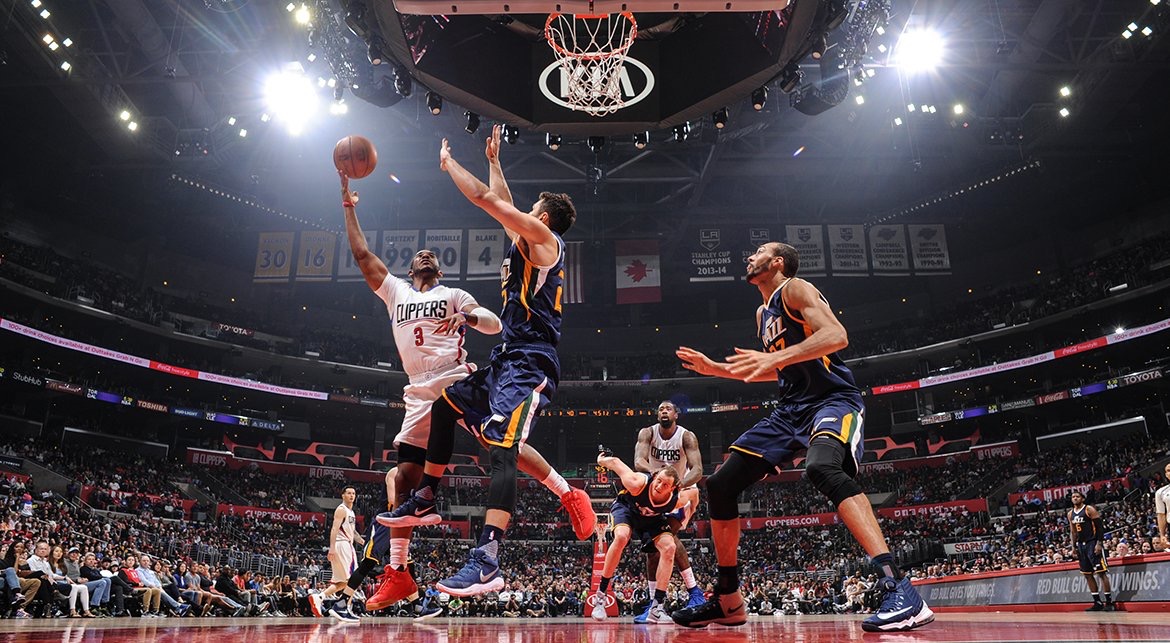 Every year the Western Conference is brutal slalom of competition to get through and this year is no different. The four-seed Los Angeles Clippers will go up against the five-seed Utah Jazz. One of the more unexpected matchups of round one in the playoffs will tip off Saturday April 15th at 10:30 pm ET. Two of the most physical, defensive teams in the NBA will look to outplay their opponent in a best-of-seven series and make it to round two of the NBA Playoffs.

If you’re a fan of old school basketball these two teams are the ones you should watch. After their most recent game where a scuffle ensued, you should expect a playoff game like ones featured in the 90’s-00’s. The Jazz often are the losers when facing the Clippers losing 16 of the last 17. But on their matchup in March, Utah showed they had what it takes to beat a talented team with Chris Paul. Review the highlights of the game here:

Both play a slower methodical pace than most teams in this era. According to Basketball Reference, Utah ranks dead last (30th) in pace while LAC ranks 16th which is middle of the pack. Efficiency could be the biggest box score stat to determine a series winner. When it comes to effective field goal percentage, the Clippers rank 4th and the Jazz rank 8th via basketballreference.com. This stat shows how many good shots each teams makes so surely we are to see two productive teams.

Chris Paul, Blake Griffin and DeAndre Jordan will need to be at their best this entire playoffs for the Clippers. They are the cogs of the team and their play determines the level LAC can reach. Blake Griffin will need to elevate to the best player on the team for them to succeed. With his athletic and passing ability, Griffin needs to control the game from the mid post area against staunch defender Derrick Favors. Likewise Jordan will need to be flying on defense and on the glass to negate the impact of Rudy Gobert.

Chris Paul will need to continue to be the best floor general in the NBA. Going aginst George Hill won’t be an easy task. Chris Paul stated in a press conference that Hill is “One of the more underrated players in the league… crafty… great shooter… the consummate point guard”

Rudy Gobert, Derrick Favors, Gordon Hayward will need to be the best “big 3” in every game to win. Gordon Hayward made his first All-Star game this year and will be out to prove he deserved the selection. The Clippers don’t have any quality small forwards for Hayward to defend but they have defenders to battle with him. If Hayward can average at least 20 ppl, he gives the Jazz a great chance to “upset” the LA Clippers.

On the other hand, inside the paint will be a battle of the bigs. Candidates for Defensive Player of the Year in Rudy Gobert and DeAndre Jordon will face off. Since Gobert is the better of the two scoring-wise, his ppg total will be a good indicator of who’s winning the matchup. Meanwhile Derrick Favors will have his hands full with former All-NBA Blake Griffin. On the offensive end, Favors will need to use his weight to overpower Griffin down low. And defensively he is at a disadvantage due to Griffin’s quick feet. Utah’s team defense and rotations will be key.

This could be an intense series due to the matchups and will provide great entertainment. In the end. the Jazz have better role players with Rodney Hood, Joe Ingles and Joe Johnson along with young guys Dante Exum and Trey Lyles. Jamal Crawford and Austin Rivers could offset the bench of Utah but expect the Jazz to come to play.