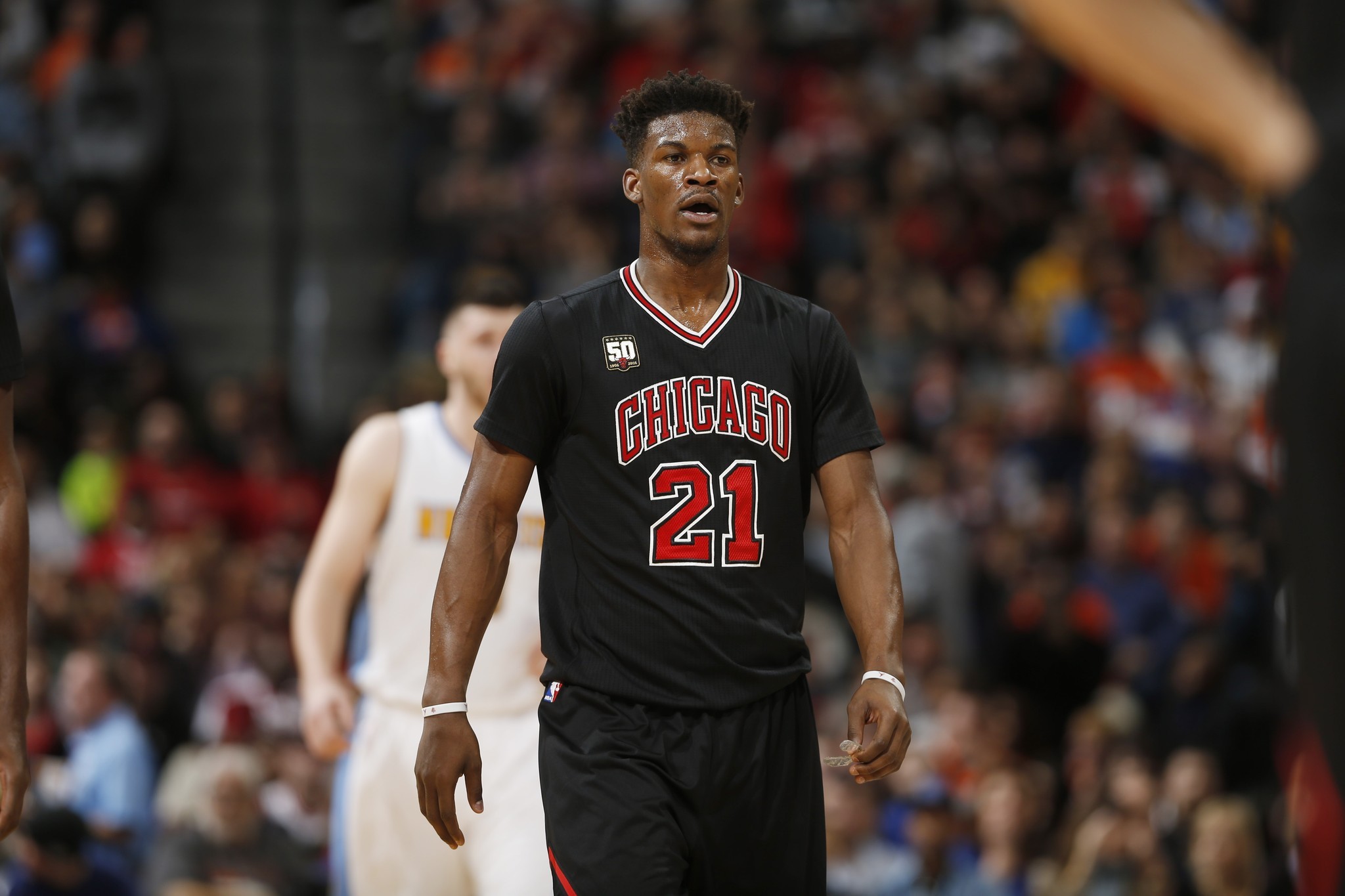 As the NBA Trade Deadline nears on February 23, teams are enforcing their will to make roster moves. Most recently, we’ve seen DeMarcus Cousins and Omri Casspi gets traded to the Pelicans. In return, the Kings received Buddy Hield, Tyreke Evans, Langston Galloway and a 1st + 2nd pick in this year’s draft. Also, Lakers G Lou Williams has been traded to the Rockets for Corey Brewer and a 1st round pick. These are the kind of moves we can expect from playoff teams looking to compete with the Warriors. DeMarcus Cousins will join All-Star game MVP Anthony Davis and form the best frontcourt in basketball. And between Lou Williams and now teammate Eric Gordon, Houston will have the best scoring tandem off the bench in NBA history. With this in mind, there’s other rumors being discussed.

Philadelphia 76ers trade Ersan Ilyasova to the Atlanta Hawks for Tiago Spitter and two 2nd round picks. Via the Vertical.

Jimmy Butler is a name that has been ringing in the ears of NBA executives. The Bulls guard is an emerging superstar and many teams think he can take them to the next level. Butler is a talented defender and mid-range shot is on par with some of the best. If Butler wants to take his play to the next level, he must improve his three-point shot and overall consistency on the offensive end. But barring that, Boston has been on the market for a talented wing. Bulls GM said they need at least “three prized chips” to trade Jimmy away. The hold up on this trade is the Celtics are on edge about including Jae Crowder in the trade.
Possible trade: Bulls send Jimmy Butler to Celtics for Amir Johnson, Marcus Smart and BKN’s 2017 and 2018 first round picks as seen here.

A Paul George trade might not happen but it has been news spreading of him leaving in the 2018 offseason for LA. This could tempt Pacers GM to make a trade if the right deal comes along. Don’t forget about the Lakers who will try to make a deal with Indiana now and re-sign him before he hits the free agent market. Boston has been actively looking for a star wing and they have the requisite pieces to pull off a deal. Pacers will either look to trade Paul George or find talent to trade for to build around him.
Possible trade: Pacers get Amir Johnson, Jae Crowder, and the two coveted Nets 1st round picks as seen here.

The 76ers have often been calling teams about trading their former first round pick. Jahlil Okafor has lost the position battle to centers Joel Embiid and Nerlens Noel. The Pacers have called the 76ers about a potential deal but nothing has materialized yet. Since Philly has a lot of cap room they could take more money and not violate the Financial Trade rules. The Pacers are hoping a move like this would improve their front court and make Paul George think twice about leaving in free agency.

Both players have been in the headlines for possible deals. Trading C Andre Drummond isn’t a smart move to me so Reggie Jackson could be on the move. Although Andre Drummond and Celtics guard Isaiah Thomas have pundits looking out for a trade between the teams due to some cryptic tweets of late. But Reggie Jackson’s name has come up in an interesting three-team trade. This deal would send him to the Knicks, Derrick Rose reuniting with former coach Tom Thibodeau in Minnesota and Ricky Rubio joining the Pistons. Not sure how this trade helps either team but all three teams could use a shake-up.

Possible trade: This deal in the trade machine could work.