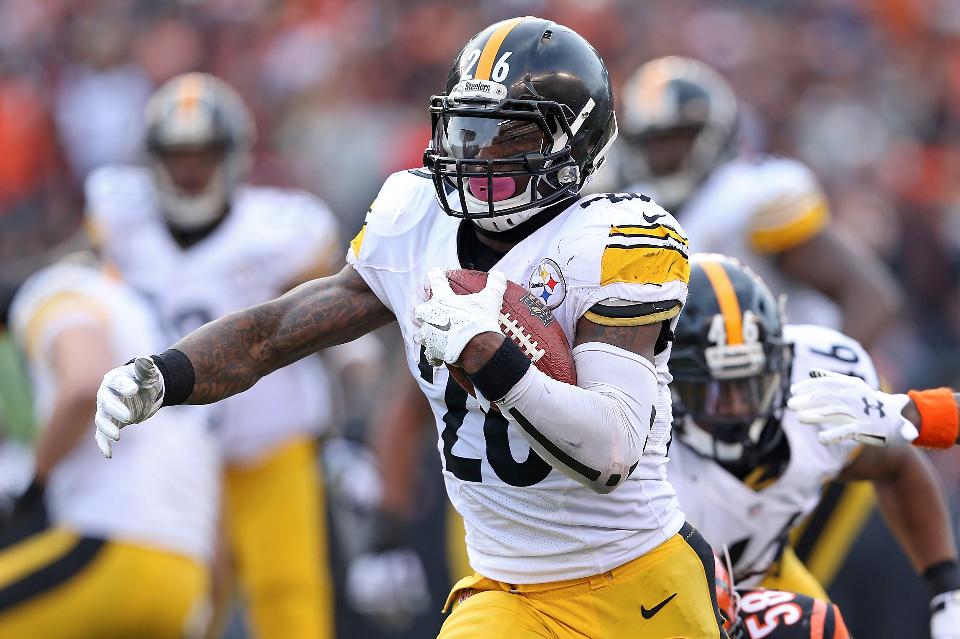 The fourth quarter of the 2016 season is now upon us. A part of the season where playoff pictures find a little more clarity. In the case of the New York Giants (8-3), a current win streak of six games has the G-men as one of the hottest teams in the football right now. Although some will point to the caliber of teams they have beaten in that time span as the Baltimore Ravens being the only team in that six-game win streak to have a record above .500 (6-5). Nonetheless, a win streak is a win streak.

Don’t believe me? Ask the Pittsburgh Steelers (6-5) who are 2-4 in their last six games and at the moment, on the outside looking in when it comes to the current playoff picture. Is it possible that a team with plenty of top-notch talent such as the Steelers could be watching the playoffs instead of playing? A loss here to the red-hot Giants can give that question a lot more stability to become reality. Here is the preview of this critical inter-conference matchup.

What To Know About The Giants:

Wide receiver Odell Beckham Jr. (65 catches, 915 yards, eight touchdowns) dominates the headlines for the Giants and when you’re one of the top three wideouts in the game today, it’s rightfully so. One thing that is also notable this season is the skill around Beckham that keeps defenses honest from focusing on him. Rookie receiver Sterling Shepard is second on the team in catches (44) and receiving touchdowns (five) and tight end Will Tye has stepped up as well (31/259/1). Quarterback Eli Manning is tenth in the league in passing yards (2,902) but his interceptions have been an issue this season. What has been an even bigger issue is the lack of a run game for the Giants. Ranking 31st in the league in the run department, consistency is key for an offense that has topped 100 yards rushing in each of the past three weeks compared to just twice in the team’s first eight games.

Probably the biggest story of the Giants six-game win streak is a defense that has played very well, especially in the turnover department where they have forced 11 turnovers in the past five games. The money tied into defensive ends Olivier Vernon and Jason Pierre-Paul warranted better play after both endured slow starts to the season. In the past two weeks, Pierre-Paul has totaled 5.5 sacks while Vernon has at least a sack in four straight games. The play of defensive tackle Johnathan Hankins has gone unnoticed by many but his 22 tackles and three sacks this season are just a microcosm of what the 320-lb lineman has provided. While their play has improved in recent weeks, strong safety Landon Collins has been the unit’s best player this entire season. Collins is tied for second in the NFL in interceptions with five and leads the Giants in tackles with 72.

What To Know About The Steelers:

It is not much of a surprise that the Steelers are one of the better offenses in the NFL, even with the injuries and suspensions that the offense has endured this season. The group ranks 13th in the league in scoring at 24.2 points per game and is once again led by their two-time Super Bowl winning quarterback Ben Roethlisberger. Big Ben is tied for fifth in the league in passing touchdowns with 23 and to think he missed one game (vs. Patriots) and was largely ineffective in another (at Ravens) due to a meniscus injury. He shares the backfield with arguably the most versatile running back in the league in Le’Veon Bell. The fourth-year back has 1,136 total yards from scrimmage and four total touchdowns after missing the first three games of the season due to suspension. Of course, there is little mention of the Steelers offense without saying the name Antonio Brown (82/998/10). Brown is coming off a three-touchdown game on Thanksgiving against the Colts and has two games this season with at least 12 catches, coincidentally both against NFC East opponents (Eagles, Cowboys).

A staple in years past, Pittsburgh’s defense has not been reliable this season and has cost the team a few games. Case in point, a loss on the road against the Dolphins in which the defense allowed 222 rushing yards. While the team lost their best defensive lineman, Cam Heyward, to a season-ending pectoral injury, a veteran in Stephon Tuitt is still capable of providing solid play and they may have a rookie on the rise in Javon Hargrave. The tandem of Lawrence Timmons and Ryan Shazier at inside linebacker gives the Steelers two hard-nosed linebackers that are constantly near the ball carriers as both have combined for 88 tackles on the season.

An interesting game of wills between two teams that have quite a number of similarities despite one team racking up wins and another trying to find consistency this late in the season.

Both offensive lines have been solid in allowing a minimal amount of sacks as both have given up only 14 sacks on the season. Both defenses are stout against the run and both are in the top ten in scoring defense.

On the field will be a pair of quarterbacks who have two Super Bowl wins, two receivers who are seen as the best of the best in the eyes of many, and two young coaches with respectable reputations.

At this point in the season, teams that find their stride are usually a lot more trustworthy. Pay little attention to the teams the Giants have faced and although their offense is one-dimensional, the defense is starting to carry the team. Having a stud on the back end in Collins along with a better-than-expected Janoris Jenkins at corner and the defensive end tandem in Pierre-Paul and Vernon has been paying off lately and they are starting to make game-winning plays. A shootout may quite possibly occur but in recent weeks, the Steelers have not made game-changing plays on defense that the Giants have.