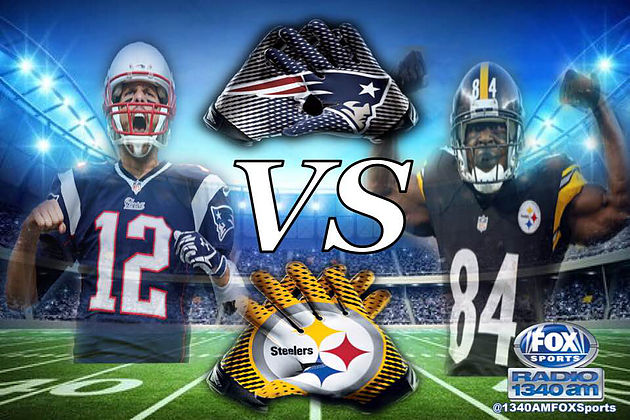 What we thought would’ve been the AFC championship preview, with the injury to Ben Roethlisberger, this could potentially be an easy win for red hot Tom Brady and the New England Patriots.

Since the return of Tom Brady against the Browns, The Patriots have automatically placed their claim as the team to beat for the Superbowl. In the two games that Tom Brady has played so far he has a 76% completion rating with six touchdown passes. Truly his competitive nature is what separates Tom Brady from most players in NFL history. On his radio show on WEEI in Boston he shared his thoughts on Big Ben, “he’s one of the toughest guys in the league, he’s just a stud, one of the best Quarterbacks I’ve ever played against.” With the weapons at his disposal and Gronk going back to full health, it’s safe to say the Patriots could potentially walk their way to an unprecedented seventh Superbowl appearance in the Tom Brady era.

The Steelers are in a dire situation. Following their 30-15 loss to the Dolphins, the Steelers lost their future Hall of Fame Quarterback with a torn meniscus in his knee. Earlier this week we’ve learned that the injury could have Big Ben out for 4-6 weeks. This comes at such a blow for the Steelers going into the heart of the season looking for a playoff push. Now all eyes are set on the backup Landry Jones who in recent memory has not impressed the steeler faithful, but in spite of that, Roethlisberger believes in him. “I have faith in Landry, he knows the Playbook.”Stated Roethlisberger, “Nothing is going to surprise him.” I hope the team feels as strongly about Landry as Ben does. In order for the Steelers to possibly win the game, they will need a heavy dose of Le’Veon Bell in the running game as well as the pass. When healthy Bell has proven to be if not one of then the best three down back in the league. Landry Jones will be looking for him as a security blanket for check downs and screens. Patriots Linebacker Dont’a Hightower will be the one who will carry the task of spying Bell. Antonio Brown can potentially have a big game against the Patriots secondary if Landry Jones can get him the ball. Keep in mind that Antonio Brown has not caught a touchdown pass from anyone but Ben Roethlisberger.