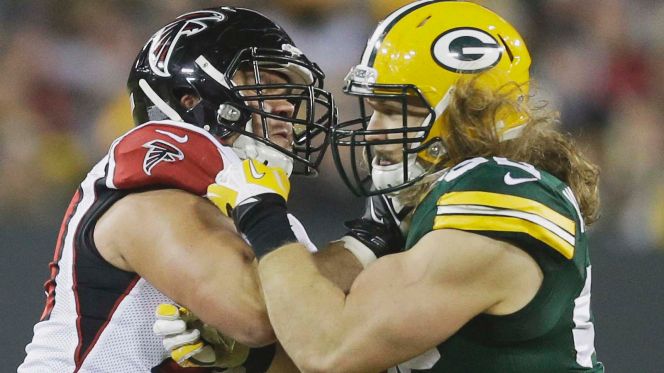 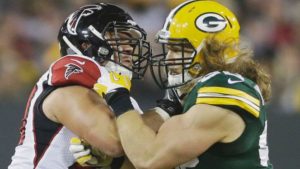 The NFL hits the halfway point of the season and as we wind down the second quarter of the season, an interesting NFC contest between two teams that are facing possible postseason berths.

Green Bay, Wisconsin is the hollowed ground for the Packers and their legendary mystique. Things haven’t been quite so glamorous for the Packers and quarterback Aaron Rodgers. Yet despite the circumstances in the first seven weeks for the Packers, they see themselves at 4-2, second in the NFC North, with a prime opportunity to make a clear statement that they are still to be reckon with. Head down south and the Atlanta Falcons have been winning ball games with a scary offense and a bend-but-don’t-break defense. Will the Falcons stop a two-game losing streak with a key win in Atlanta or will Rodgers and the Packers get a critical win on an up-and-down 2016 season so far? Here is the preview and prediction for this afternoon marquee matchup.

What To Know About Green Bay

It’s safe to say that Rodgers has not been his normal self this season. Even with that said, it’s alarming when he’s been off his game yet he still has tossed for 13 touchdowns and four interceptions. His favorite target, WR Jordy Nelson, is back this season with 27 catches, 321 yards, and five scores. Nelson missed all of 2015 with a torn ACL but his return was much-needed for Rodgers and the offense. The Packers are 21st in the league in total offense and averages 23.3 points per game even though the unit is currently dealing with numerous injuries, one being a season-ending ankle injury to #1 running back Eddie Lacy. Head coach Mike McCarthy has incorporated reserve receiver/running back Ty Montgomery into the playbook and has gotten 34 total touches in six games this season out of the versatile player. Thankfully, the offensive line play has improved this season and right tackle Bryan Bulaga and left tackle David Bakhtiari has been the reliable bookend tackles.

While outside linebacker Clay Matthews is the headliner of the defense, backup linebacker Nick Perry has shown why the team drafted him 28th overall in 2012. Perry leads the team in sacks with 5.5 along with 18 tackles and an interception. Matthews himself has three total sacks and the unit as a whole is ninth in the NFL in team sacks with 17. The play of linemen Mike Daniels and rookie Kenny Clark doesn’t get a ton of attention but their impact has a huge hand in the Packers allowing only 3.1 yards per rush. The injuries have gutted the secondary, at cornerback specifically with the team down their top three corners. Second year corner Ladarius Gunter has been thrusted into a workload because of the injuries and will face a heavy test today.

What To Know About Atlanta

Everything this season begins and ends with the play of quarterback Matt Ryan. The nine-year veteran leads the NFL in passing yards (2,348) and second in passing touchdowns (16). The fact that he has completed 67.6% of his passes is the cherry on top. Receiver Julio Jones has made a clear statement that he deserves the “best WR in the league” tag with 40 catches, 830 yards, and four touchdowns. The combination of Devonta Freeman and Tevin Coleman at running back has produced 1,241 yards of offense with nine touchdowns and their play makes a tough offense to defend even more tough. The unit has four games of 30 or more points which is the main reason why they average 32.7 points per game, first in the NFL.

The defense has been a work in progress but the group as a whole has gotten more athletic and faster this season. Part of that is because of two rookie linebackers in Deion Jones and De’Vondre Campbell. The two speedy linebackers have combined for 42 tackles on the season and has added a much-needed element of speed. Second-year edge rusher Vic Beasley may be turning the corner and has already eclipsed his sack total from last season (4.0 to 6.5). On the back end, rookie first rounder Keanu Neal has been worth being selected 17th overall in the draft and the strong safety has totaled 27 tackles and two forced fumbles.

While both teams are fairly similar as far as records go, one team has surprised a few (Atlanta) while the other has underachieved a bit (Green Bay). A win for either team will be huge in terms of playoff implications.

The Falcons have been fueled by a high-scoring offense and with a Packers defense that is without their top three cornerbacks, Ryan may add to his stats as he has strung together an MVP-type season so far. Atlanta will be without Coleman at running back because of a hamstring injury, which is noteworthy, so expect Freeman to get a heavier workload with undrafted free agent Terron Ward spelling him at times.

The Packers themselves have a number of key injuries and now will be without slot receiver Randall Cobb and that takes away a significant aspect to their offense. Rodgers will be asked to shoulder the load a little more without Cobb and the team missing their top two running backs due to injuries.

If Ryan can connect with Jones and his plethora of weapons, Green Bay may be in for a long day. An inconsistent Falcons defense needs to find ways to make a few game-changing plays against an offense that is pretty much limping at the moment. The presence of Rodgers can always make it a game but enough stops by the Falcons defense can allow their offense to roll which they have been doing all year.