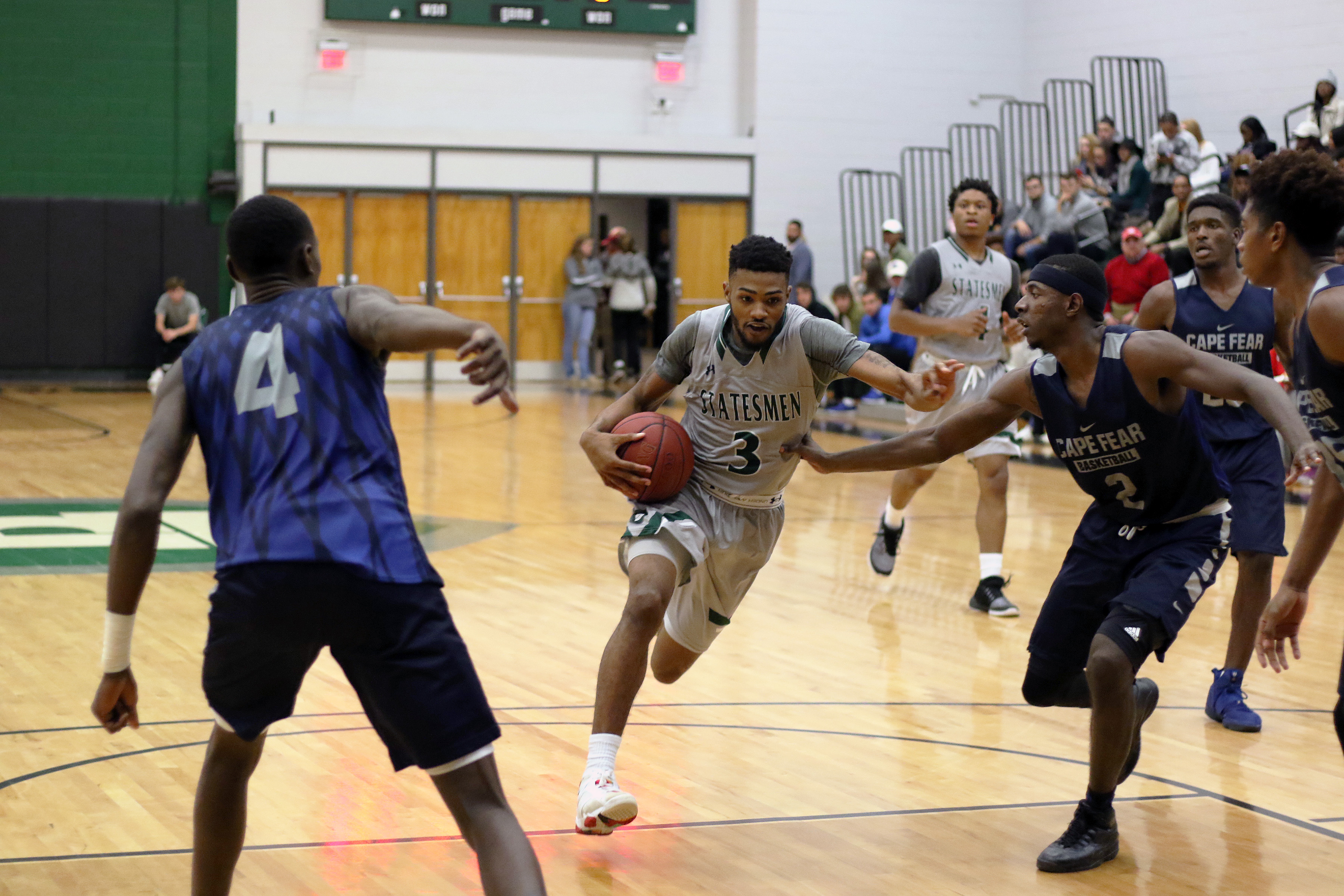 Richard Bland took an early 7-2 lead at 17:36 with baskets from Smith and Bing, along with a three-point field goal by sophomore Tre’ Patterson/Richmond.  Cape Fear answered with 11-straight points to go ahead 13-7 at 14:51, and the Sea Devils led 17-11 at 13:32.  The Statesmen responded with a 10-0 run to lead 21-17 at 11:02, getting eight quick points from Smith, including two three-pointers, and the hosts still led 27-26 at 9:09 after two free throws by sophomore Stanley Taylor/Petersburg.  Cape Fear went back in front at 32-27 with 7:25 left in the first half, but Richard Bland closed the period with a 22-3 outburst to lead 49-35 at halftime.  Southerland scored eight of the points inside on layups, while Smith added seven points, including a monstrous fast-break slam dunk off an assist from Bing to finish with 20 first-half points.

Richard Bland and Cape Fear were playing for the fifth time in the sport of men’s basketball, and the Statesmen lead the series 4-1.

Following this weekend’s action in Baltimore, Richard Bland remains away from home to play its first Region 10 contest this season at Vance-Granville (N.C.) Community College on Monday, Nov. 20, at 7 p.m. in Henderson, North Carolina.