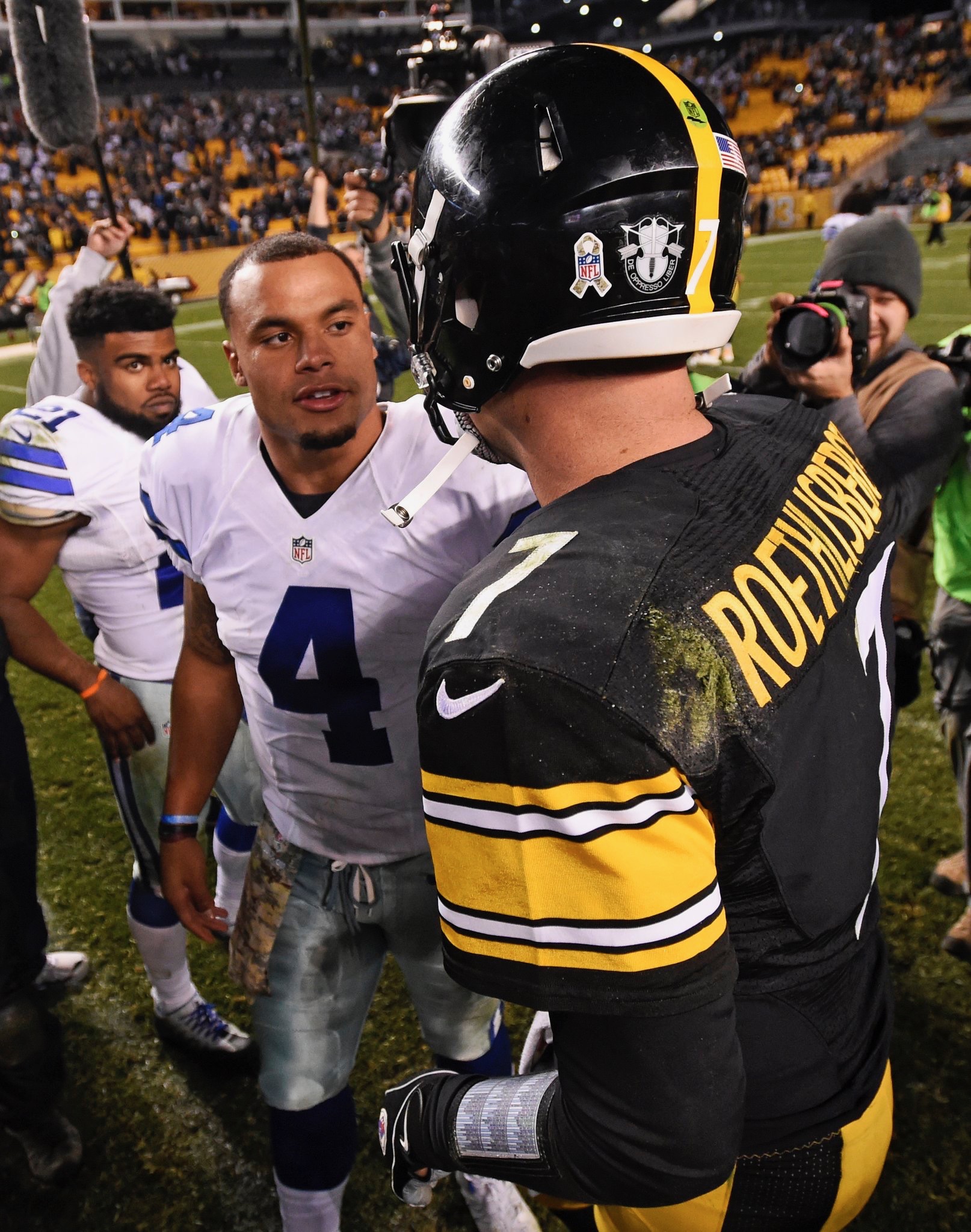 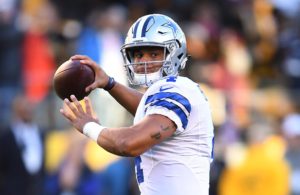 Some conversations can make a great debate. Should school-age children wear uniforms, or should marijuana be legalized? Both conversations can be great round-table discussions. However, what is not up for debate and will not make a great discussion is who should be the starting quarterback for the Dallas Cowboys because the answer is simple; Dak Prescott. Week after week, we all asked the “age old” question. How will Prescott handle (insert whatever the adversity is for the week.) Those adversities Prescott faced were a variety of things. Come back win in San Francisco, facing a tough Cincinnati defense, playing against Aaron Rodgers and the Packers in Lambeau Field. Most recently, beating Philly at home while not performing at his best, not falling for the trap game in Cleveland and finally last night. How will Dak Prescott stack up against another super bowl winning quarterback in Ben Roethlisberger? Every hurdle that stood in Prescott’s way, he somehow has amazed us by meeting and exceeding our expectations. Now, the fan base, the media, and most importantly the Cowboys Owner Jerry Jones should show some respect to this fourth round rookie, out of Mississippi State and address Dak Prescott as the starting quarterback of this team and accept he’s now the franchise quarterback of the Dallas Cowboys.

For the people that are still skeptical and aren’t ready to make such a grand claim, the question would be what else does Prescott have to do? In nine games, he has completed 187 of his passes out of 280 attempts for roughly 66.8% to go with 2,339 yards and 14 touchdowns. In those nine games, he’s only had thrown two interceptions, which shows that he’s careful with the football.

This is a rookie who wasn’t on anyone’s radar for the most part hence the reason he was drafted in the 4th round. Prescott was supposed to be on the sidelines being an understudy to Tony Romo and perhaps we would have seen him in a game if the Cowboys would ever lead by a high margin. His rookie career was never supposed to receive this amount of media attention where he speaks at the podium every post game. To be frank, Dak Prescott was never supposed to be a household name this early in his career. No one saw this coming, well one person saw it and that was Dak Prescott himself.

Prescott will be the first to tell you that he always saw himself playing on such a high level. He would remind you that every time he got a starting position it was due to unfortunate circumstances, injuries to the man in front of him. Lastly, Prescott probably wouldn’t tell you this but those guys that played for him back at Mississippi State would. He’s always been a leader and his composure can’t be compromised. Prescott’s ability to be calm, cool, and collective while being down with less than two or three minutes to go is unprecedented. However, that is what makes him so valuable to this franchise.

After defeating the Steelers at home in a comeback victory 35-30 and improving to 8-1 currently holding the best record in the NFL. Owner Jerry Jones is now doubling down; playing absent minded when he’s asked about Tony Romo and Dak Prescott.

“Sticking with Dak Prescott, and riding the hot hand is the obvious decision” according to Clarence Hill’s twitter of the Fort-Worth Telegram. Jones then mentioned why he doesn’t understand why the media continues to ask that question. It was Jones earlier in the season that made it known that regardless of Prescott’s early success that this is Romo’s team. Well, Prescott made it very hard for Jones, because though Jones is a loyalist to Romo as long as Prescott is performing at this level you must let him continue to be great. One thing Jerry Jones was right about earlier in the season is this is a good problem for the Cowboys to have, having two great quarterbacks in the playoffs.

How far will the Cowboys go? Well, that is still yet to be determined. One thing we know about the NFL is that nothing is guaranteed. Actually, that can be said about any sport. Both the Cleveland Indians and the Golden State Warriors had 3-1 leads in their championship games and neither won their respective series. As for now, Dak Prescott has not only shown us what he is capable but in addition, he showed us that he has rightfully earned this job as the Dallas Cowboys quarterback. With that being said, we should respect him as such and stop having that senseless debate. The real debate should be, between him and his rookie running back Ezekiel Elliott who should be Rookie of the Year and should they both be in the MVP conversation? That’s the discussion we should have.