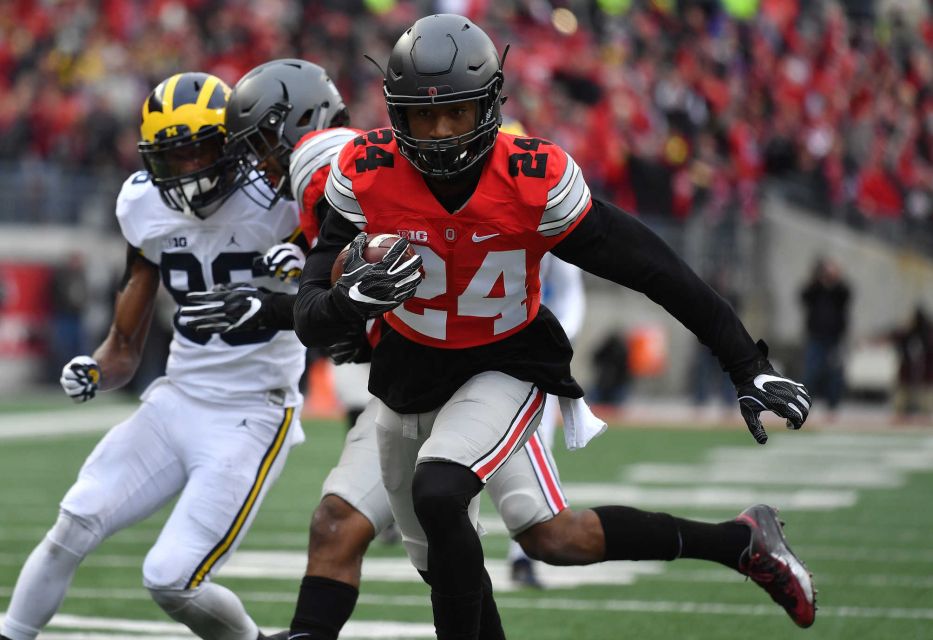 Arguably the best rivalries in all of college sports lived up to the hype.

It took two overtimes to decide the winner but a 15-yard scamper by Ohio State halfback Curtis Samuel was the deciding score in double overtime as #2 Ohio State Buckeyes outlasted #3 Michigan Wolverines 30-27.

A game with two of the best defenses in the country, as well as two of the best coaches in college football, was a match of wills with neither team being able to truly put the other team away. The first quarter between the two teams went scoreless but Michigan (10-2, 7-2 Big Ten) drew first blood with a 28-yard field goal by Kenny Allen for 3-0 lead early in the second quarter.

Two seasons ago, Ohio State quarterback J.T. Barrett broke his ankle and the redshirt junior quarterback needed a big game in order for the Buckeyes to walk away victorious. While he was not exceptional in the passing game (15/24, 124 yards, INT), he made his presence known in the run game with 125 rushing yards and a touchdown. Speight himself had an up-and-down game contending with a tough Buckeyes defense. The 6’6 quarterback tossed for 219 yards, two touchdowns, and two interceptions.

Barrett had to contend with a Michigan defense that was attacking and made life hectic for the Ohio State offensive line. Wolverines defensive end Taco Charlton was a force with 3.5 sacks and versatile defender Jabrill Peppers reeled in a timely interception early in the third quarter. For the game, Michigan’s defense allowed only 310 yards, held Ohio State to 3-for-13 on third down and totaled eight sacks.

The Buckeyes (11-1, 8-1) were able to tie the game at 17 with one second remaining in the game after a 23-yard field goal by kicker Tyler Durbin. His make was met with held breaths as Durbin already missed two field goals on the day up to that point in the game.

After both teams traded touchdowns in the first overtime, a 37-yard field goal by Allen gave the Wolverines a 27-24 lead in overtime #2. A controversial play on the following drive by Ohio State occurred on a fourth-and-1 run by Barrett on the Wolverines 16-yard line. Barrett was hit by Michigan safety Delano Hill and appeared to fall back and wound up short on the play, which would have ended the game. The instant replay review by the referees appointed the play a first down for the Buckeyes in which Samuel ran untouched on the very next play to seal the deal for the Buckeyes.