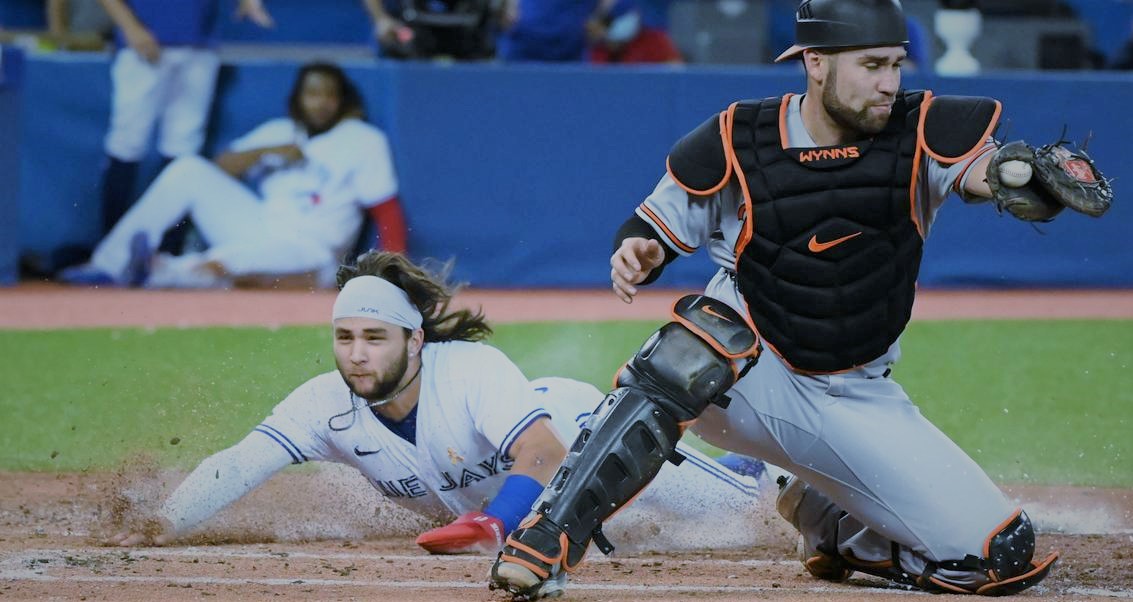 The Baltimore Orioles continued their losing ways tonight, however, the Orioles have been more competitive as of late. Taking a series from the Los Angeles Angels, competing with the vaunted Tampa Bay Rays despite being swept, and taking the Blue Jays down to the wire; the O’s bar may currently be low but light is starting to shine through for a once proud organization.

Marcus Semien gave the Jays the lead in the bottom of first inning with a solo homerun. Cedric Mullins walked with the bases loaded in the top of the 2nd to the game at 1-1, Ryan Mountcastle followed up Mullins walk with a walk of his own to give the O’s a 2-1 lead. Teoscar Hernandez singled in the bottom of the 4th to tie the game at two, later in the 4th inning Lourdes Gurriel Jr. drove in two runs of his own with a single to give the Blue Jays a 4-2 lead. Baltimore battled back however, Austin Wynns knocked in a run in the top of the 6th inning to cut the Jays lead to 4-3. Trey Mancini helped tie the game up in the 7th with an RBI double. The Orioles bullpen would falter in the bottom of the 8th, Dillon Tate faced two batters giving up one run on one hit, a run that would ultimately decide the game.

Dillon Tate drops to 0-5 with the loss for the Orioles, Tim Mayza gets the win for the Blue Jays improving his record to 5-2, and Jordan Romano gets his 15th save of the year.