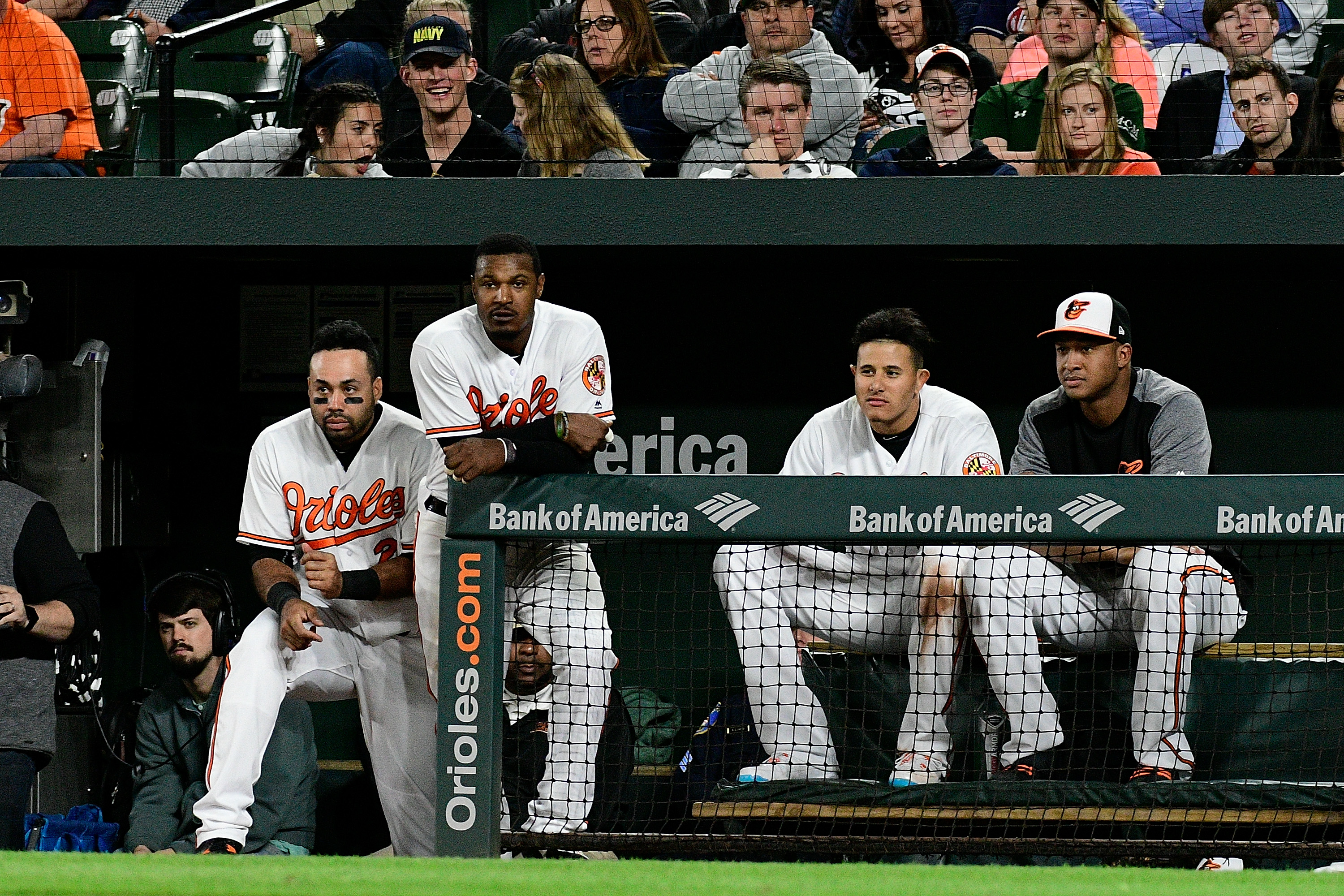 The Orioles offense failed to support another solid outing from their starting pitching to drop the series to the Indians.

BALTIMORE – Kevin Gausman fired his best outing of the season, allowing two runs in eight innings of work, but the Baltimore Orioles offense failed them once again in a 2-1 loss to the Cleveland Indians in the series finale of the four-game set.

Gausman was terrific for much of the ballgame, outside of two mistakes in the second inning. Edwin Encarnacion led off the second with a single on a 0-2 slider, and Yonder Alonso hammered a two-run home run to straight center to make it a 2-0 ballgame in a hurry.

The O’s got one back in the bottom half of the inning on three singles and some heads-up base running by Adam Jones. The Orioles center fielder singled to lead off the inning, and advanced to third base on a single by Chris Davis. Chance Sisco’s RBI single plated Jones to cut the deficit in half. Baltimore still had two on when Anthony Santander stepped into the box, but his sharply-hit ball right back to the mound was snagged by Carrasco, and the Indians starter was able to double up Sisco at first to end the threat.

The middle innings were mostly a pitcher’s duel as Kevin Gausman and Carlos Carrasco effectively worked around the opposing lineup, with few defensive plays mixed in. Davis made a remarkable diving stop to rob Michael Brantley of an extra-base hit in the sixth, but otherwise, both pitchers kept the offense off balance.

“He was good. Not many mistakes,” manager Buck Showalter during his press conference. “It was a 1-0 breaking ball that he left up for a single, and of course, the home run, but he deserved obviously a better fate. He was solid. Maybe his best innings were his last two.”

Gausman continued his best performance of the season with an immaculate inning in the seventh, striking out the side on just nine pitches. He retired 21 of the final 23 hitters he faced, including 10 straight to end his night, following the two-run homer to Alonso. The right hander finished the evening allowing just the two runs, on four hits, a walk and the home run, while striking out seven in his longest outing of the young campaign.

“No, I didn’t realize it until I got into the dugout,” when asked if he knew about the immaculate inning. “The guys were a little bit more pumped up than they would normally be. You know, told me I tied Major League history or something. But yeah, I did it in college once before, but obviously to do it in the Big Leagues is a little different.”

Unfortunately for Gausman, it was another wasted performance from a starter as the Orioles offense failed to generate any run support. O’s starters have received just 40 runs of support this season, ranking third-fewest in the American League and fourth-fewest in the Majors.

“Frustrating is probably the best word to describe the feeling of our offense, really the last few days,” Davis said after the game. “There is no doubt we are facing good pitching, but we’ve had some outstanding outings from our starting pitching and it’s tough when you can’t push runs across for those guys.”

Andrew Miller and Cody Allen worked the final 1 2/3 innings, striking out four, to preserve the 2-1 lead and give Cleveland the series win. The Orioles (6-17) have been on the winning side of just one series thus far, none of which have come at home. They are 3-7 at Oriole Park at Camden Yards this season.

Tim Beckham left the game in the eighth inning in favor of Luis Sardinas. Showalter said after the game he said some soreness with his Achilles and also groin injury that bothered him in Spring Training also flared up. The manager said they will know more tomorrow, but “it is a concern.”

Showalter also said that if the team needed to use another pinch runner, Andrew Cashner would have been the man for the job.

Trey Mancini did not start for a third consecutive game after injuring his knee when sliding into the wall in foul ground on Friday night, but did enter the lineup as a pinch hitter in the eighth inning. He took over as the designated hitter for Pedro Alvarez in a matchup against former Oriole pitcher Andrew Miller. Mancini struck out swinging in the at-bat. One would assume he is back in the lineup tomorrow. Speaking of tomorrow…

The Orioles will welcome division rival Tampa Bay Rays to Oriole Park at Camden Yards for a three-game series beginning tomorrow night. Alex Cobb (0-2, 15.43 ERA) will start the first game for Baltimore, while Jake Faria (1-1, 5.82 ERA) will oppose him for Tampa Bay. First pitch is scheduled for 7:05 p.m.