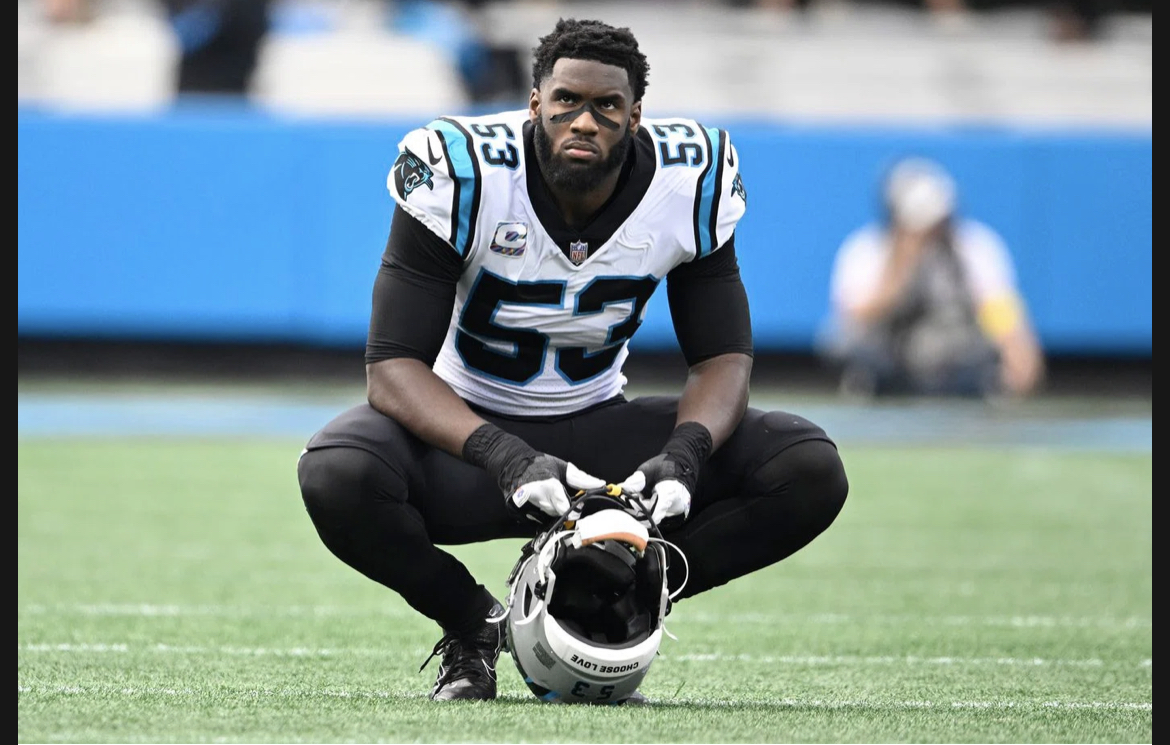 Carolina Panthers defensive end Brian Burns has been named NFC Defensive Player of the Week after recording two sacks in Sunday’s win over the Denver Broncos. The takedowns gave him 10 sacks on the season – his career-high; with five games left in the regular season.

Burns is coming off a Pro Bowl season and has the franchise single-season record in short sight. He recorded 9 sacks in the 2020 and 2021 seasons. This is his second player of the week honor; he won the distinction in Week 11 of 2020 also. Burns is having an outstanding season as contract extension talks loom in the near future.