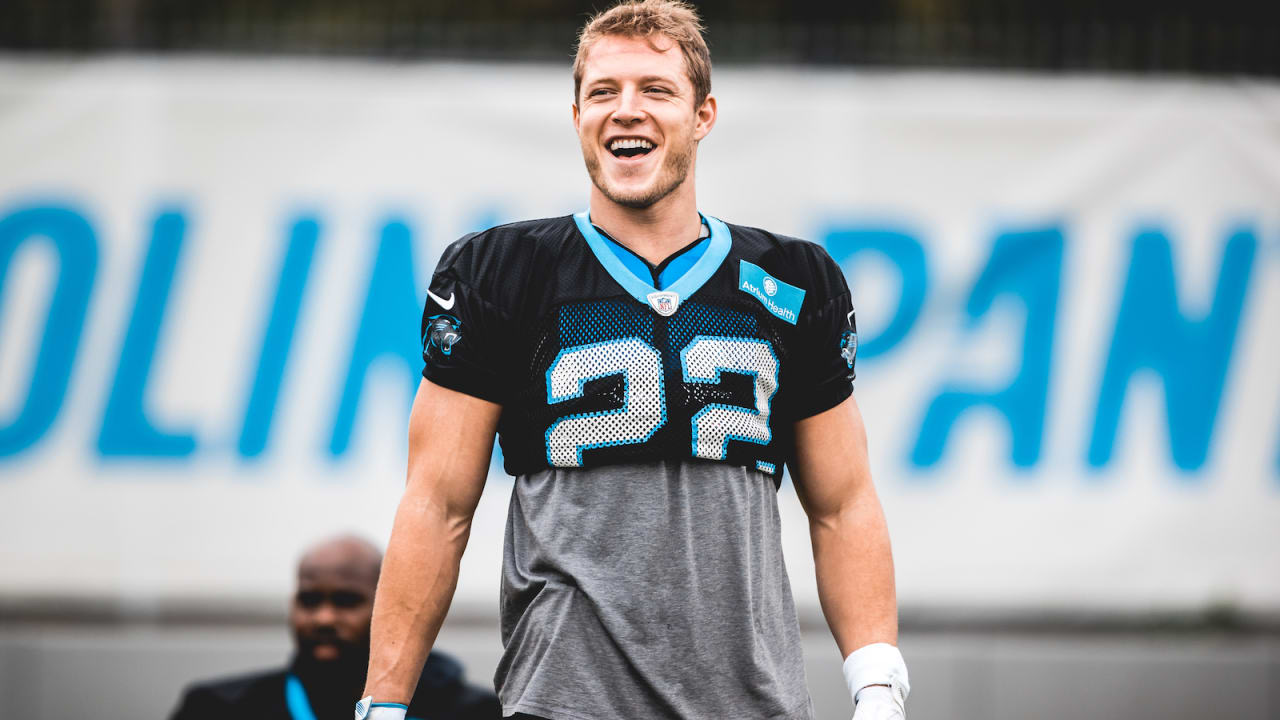 On Tuesday, the Carolina Panthers designated running back Christian McCaffrey to return from the reserve/injured list.  Tuesday’s practice marked the start of the 21-day period for the Panthers to put McCaffrey back on the active roster.  When speaking to media, head coach Matt Rhule says that he is “hopeful” that McCaffrey will be available for Thursday night’s game against the Atlanta Falcons.

“I’m hopeful,” said Rhule. “I’ll have to see how he responds to getting back out there. But it was great having him out there.”

McCaffrey suffered a high ankle sprain in the team’s Week 2 loss at Tampa Bay.  In his absence, running back Mike Davis has amassed 517 total yards from scrimmage and scored four touchdowns.  After watching yesterday’s practice with a red no-contact jersey, McCaffrey was in a black jersey and helmet during the practice period open to media.