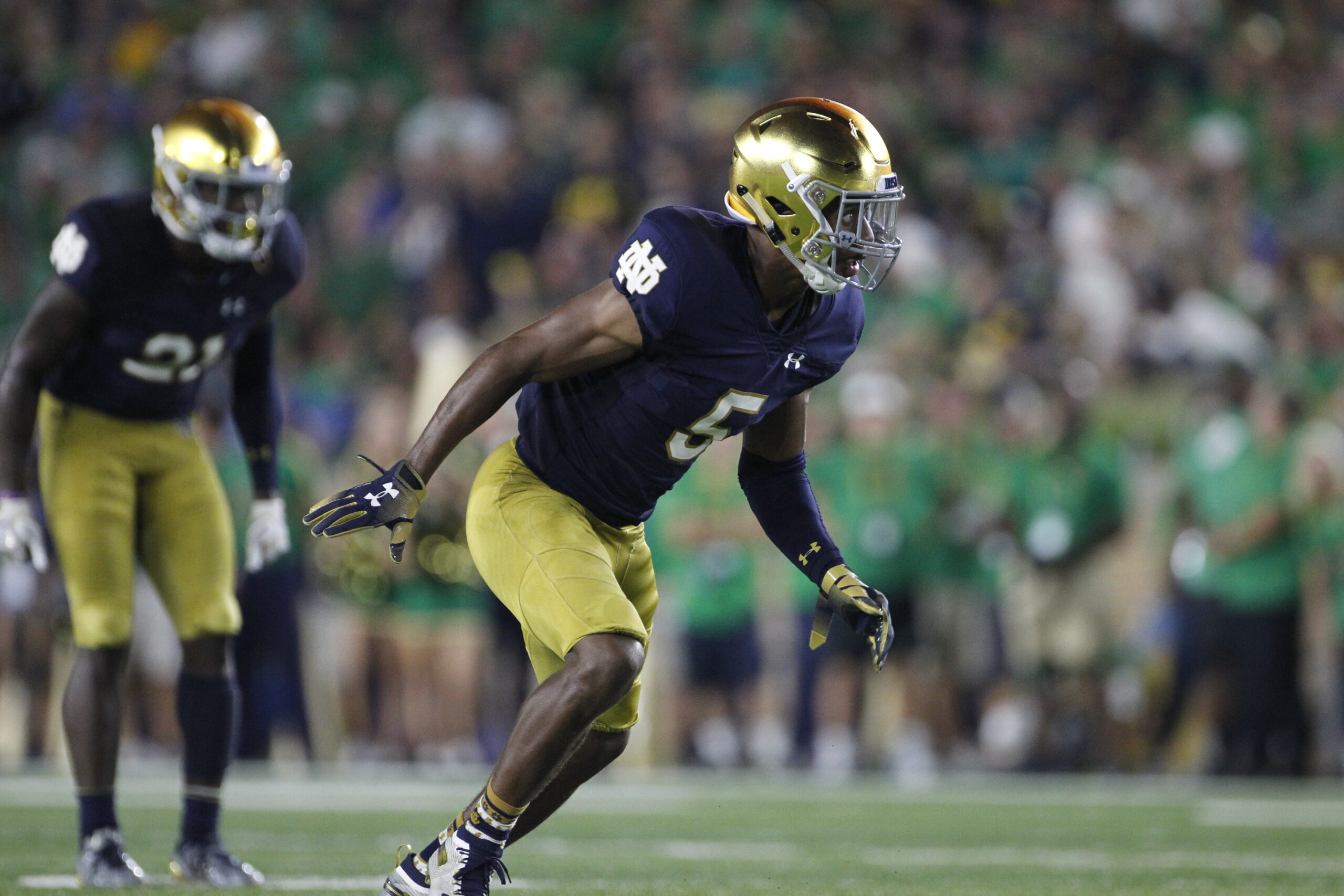 The Carolina Panthers stayed the course with a defense-heavy NFL Draft.  With the #113 pick in the 4th round, the Panthers selected cornerback Troy Pride, Jr from Notre Dame.  A Greer, SC native, Pride starred in 45 games for the Fighting Irish, racking up four interceptions and 18 pass breakups during his four season career.

A two-sport standout out -Pride competed with the Notre Dame track & field team as a sprinter – he brings even more speed to the Panthers secondary. With Pride, the Panthers have used all four of their draft picks on defensive players – not shocking considering the free agency moves on the offensive side of the ball and last season’s franchise-worst defensive season.