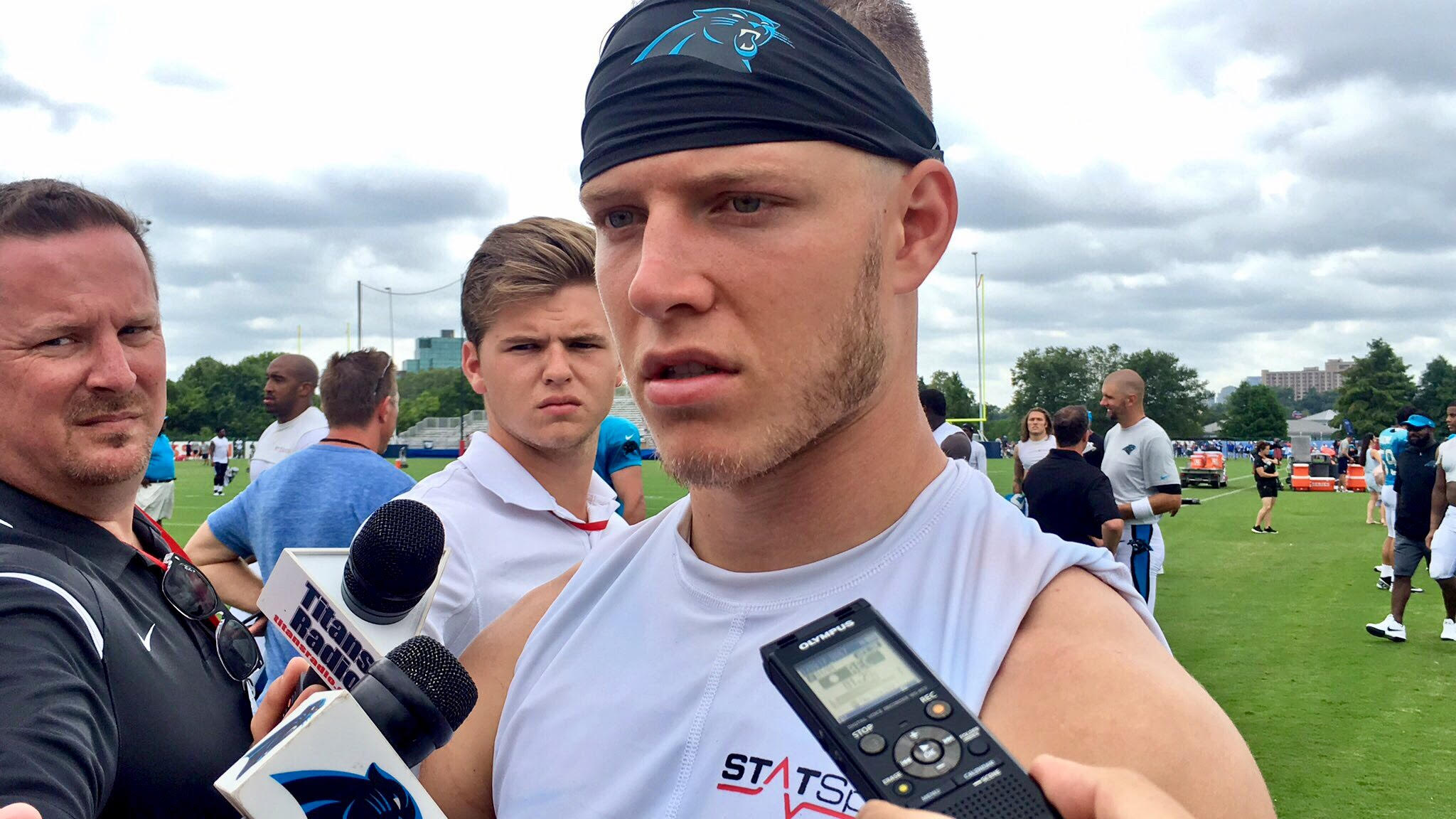 NASHVILLE, Tennessee. —Training camp is over and the Panthers are midway through the preseason.

However, today Carolina had one of their worst practices this Summer. Rookie running back Christan McCaffrey had little to say but mentioned they want to put this day behind them quickly.

“We have a standard that is higher than that for sure,” he said after practice. “We just gotta come back. (We) had a good day yesterday and I think we let it get to us.”

Everything went astray at practice against Tennessee. Dropped balls, misreads, and lack of energy plagued this team and made them look very amateurish. McCaffrey reiterated that the Panthers offense is better than this and their misfortunes were self-imposed.

“I think a lot of times we had a lot of self-inflicted wounds, dropped passes, missed blocks, etc. We just have to learn from it and get better.”

Head Coach Ron Rivera wasn’t pleased with his team’s performance either. Kaelin Clay snagged down a contested 30-yard catch. However, he spiked the ball and was penalized by the referees. Rivera was livid and expressed that with colorful language in his post-practice media session.

Head Coach Ron Rivera on Kaelin Clay spiking the ball causing penalty: "You don't do that kind of bullshit.." pic.twitter.com/v9wei0IWFB

“You don’t do that kind of bullshit,” he declared. “I’ll have a conversation with him about that.”

Cam Newton has been limited at practices after week one of training camp. Today, Newton did some seven-on-sevens. However, he’s still out of sync and his receivers were no help. Nonetheless, Rivera mentioned this is all a part of the process and remains mum on Newton’s return.

Newton can throw the ball and that’s why the Panthers aren’t too concern. Their biggest issue is getting him acclimated back into the offense. In addition, he will have to get into a rhythm. This offense runs through Newton and the Panthers, even in practice, aren’t full-strength without him.

The Panthers and Titans will play Saturday in Nashville at 2 p.m.