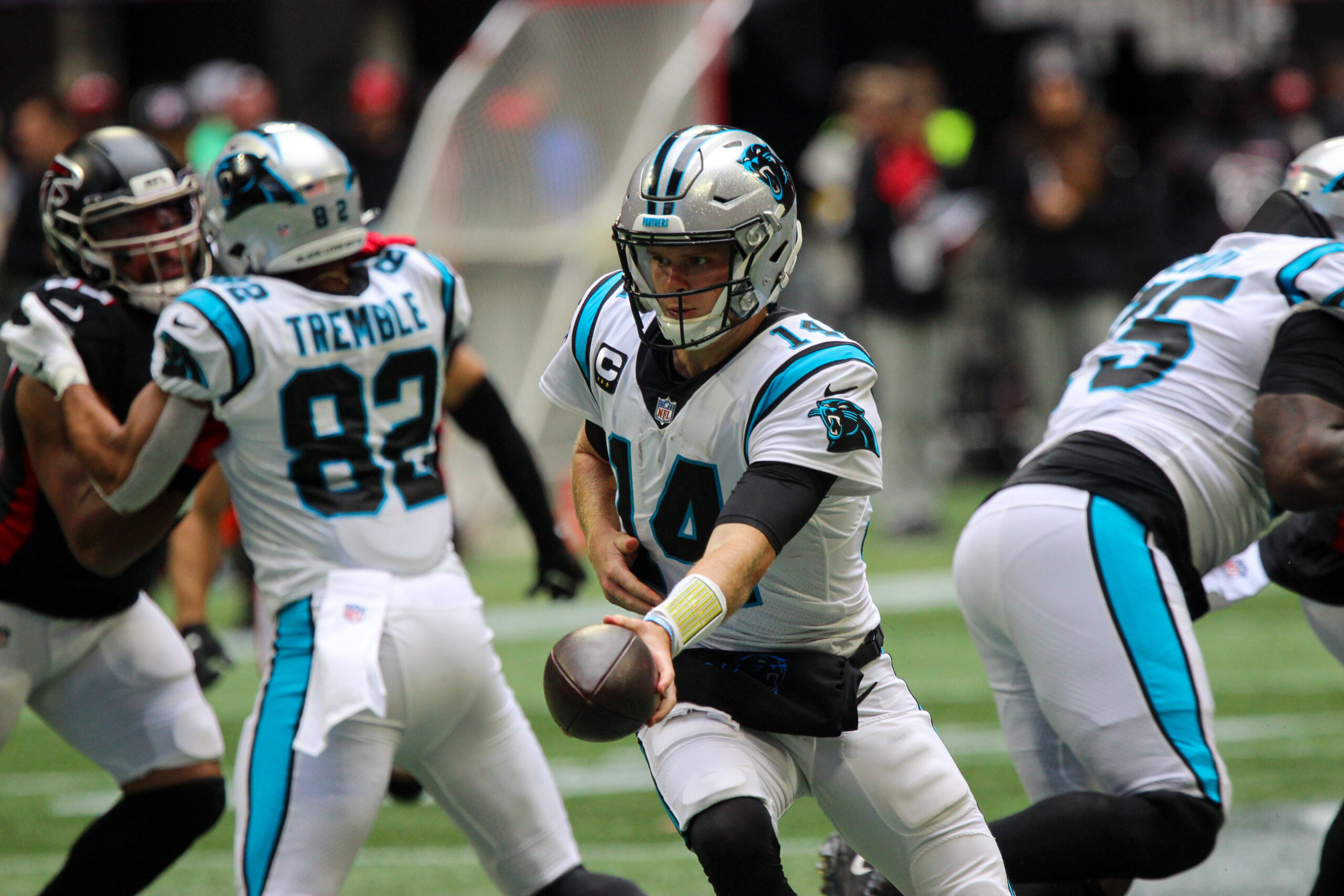 After four straight losses, the Carolina Panthers headed down I-85 to face their divisional rival Atlanta Falcons for the first time this season. Questions swirled as the team seemed to spiral more and more out of control with each passing week. Coming off an embarrassing loss to the New York Giants where they only managed a field goal, eyes were on the offensive side of the ball to see if quarterback Sam Darnold and offensive coordinator Joe Brady could right the ship. From the onset, it looked like Carolina’s struggles would continue when running back Chuba Hubbard fumbled on the very first play from scrimmage and the ball was recovered by the Falcons at the Carolina 26-yard line. A 46-yard field goal by Younghoe Koo put the Falcons on the board less than two minutes after kickoff. Panthers kicker Zane Gonzalez kicked the first of his four field goals of the day – a 29 yarder – to tie the game up in the first quarter.

In the second quarter, running back Cordarrelle Patterson slipped out of Jermaine Carter’s grasp for the Falcon’s lone touchdown on the day. The score gave the Falcons a 10-3 lead with just under 14 minutes left to play in the first half. Two more field goals by Gonzalez, of 51 and 57 yards, brought the Panthers within one to close out the half.

The second half, the third quarter in particular, hasn’t been the Panthers strong suit this season. To be fair, it wasn’t their strong suit today either – there just wasn’t an implosion. A huge, but clean, hit on Robby Anderson by safety Erik Harris took the wide receiver out of the game briefly. A 23 yd FG goal by Gonzalez gave Carolina their first lead of the day, 12-10 with 3:33 left in the third quarter. After two big rushes by Darnold, the quarterback took a vicious hit and exited the game with a concussion with 6:58 left in the game. PJ Walker entered the game with the Panthers facing 2nd-and-2 from the Atlanta 3-yard line.  Running back Chuba Hubbard broke the Panthers seven and a half quarter touchdown drought with a 6-yard touchdown run to extend the Panthers lead to 19-10 with 6:30 left to play. The Falcons went 3-and-out on their next possession. On their following possession, Matt Ryan was intercepted by Stephon Gilmore – playing his first season as a Panther. However, the Panthers inability to capitalize on the turnover left the door open for Atlanta and they drew within 6 after a 53-yard field goal by Koo. The Panthers recovered the onside kick to seal the win and leave Mercedes Benz Stadium with their first win since September.

After last week’s failure to establish the run game, Rhule and Brady were determined to follow through this week – and they did; to the tune of 47 rushing attempts for a total of 203 yards on the ground. 66 of this yards came from Darnold who was also 13-of-24 passing for 129 yards and no turnovers. Ryan finished 20-of-27 for 146 yards, one touchdown, and two interceptions. Shaq Thompson – in his first action since Week 3 – was on the other end of Ryan’s first half interception.  Rookie sensation Kyle Pitts was held to two catches for 13 total yards on six targets. Hubbard was the game’s leading rusher with 82 yards and a touchdown on 24 touches. DJ Moore was the leading receiver with four catches for 59 yards.

The Panthers improve to 4-4 and head back home to host the New England Patriots in Week Nine.  The Falcons fall to 3-4 and face the New Orleans Saints next week.