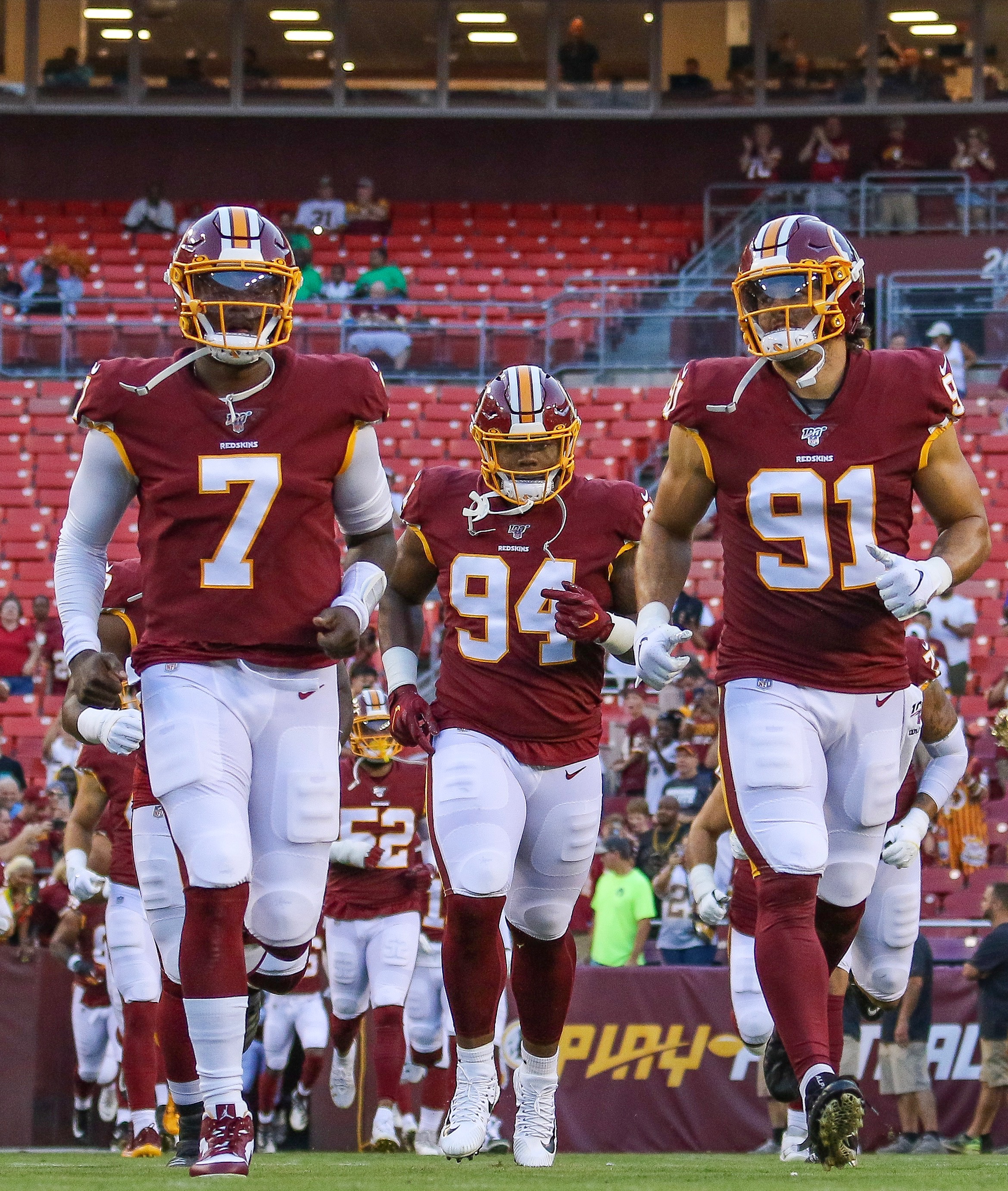 With two preseason games played and training camp completed, the roster is coming more and more into focus. With few relative injuries so far, the roster will be shaped by on field performance. The closest battles remain in the wide receiver, running back, and corner back positions. Here is my projection if the roster was selected today. Starters in bold. Click here for my previous projections from week 1 and week 2.

Case Keenum, Dewayne Haskins, Colt McCoy- The newest development this week was that Colt McCoy is not fully healed from his injury from last season. Coach Jay Gruden even said that McCoy may not be ready until a few weeks into the season. This could even make McCoy expendable but I see him making the team. Keenum is on track to be the starter week 1.

Adrian Peterson, Derrius Guice, Chris Thompson, Samaje Perine. There is no change here and unless Bryon Marshall can can unseat Perine this is pretty much locked in. Craig Reynolds and Shaun Wilson are competing with Marshall for a practice squad spot.

Josh Doctson, Paul Richardson, Trey Quinn, Terry McLaurin, Robert Davis, Kelvin Harmon, Darvin Kidsy. This is group is the toughest competition and the most fluid. The first four names on here are locks for this team but after that it is wide open. Robert Davis has shown deep field catching ability with two long touchdowns in two games. Kelvin Harmon showed the same thing ins tracking jump balls in this last game. And Kidsy is an excellent route runner who has great hands. I still believe the team goes with seven receivers because all can contribute to the team.

Jordan Reed, Vernon Davis, Jeremy Sprinkle. This is locked in.

Geron Christian, Ereck Flowers, Chase Rouiller, Brandon Scherff, Morgan Moses, Donald Penn, Wes Martin, Ross Pierschbacher, Tony Bergstrom. This group has not changed because the depth is not very good on this roster right now. This group might change if the Redskins can find outside help. I did move Christian into the starting lineup because he playing better than Penn.

Jonathan Allen, Da’Ron Payne, Matt Ioannidis, Tim Settle, Caleb Brantley. These five seem to be locked in on the roster. If the Redskins decide to keep 6 then there is a competition between Ryan Bee and JoJo Wicker, however I don’t see a reason for keeping a 6th defensive lineman that wouldn’t dress anyway over a seventh receiver.

Ryan Kerrigan, Jon Bostic, Shaun Dion Hamilton, Ryan Anderson, Montez Sweat, Cole Holcomb, Josh Harvey-Clemons, Cassanova McKinzy. These eight are solidly locked on this team. The biggest issue for this group is injuries with Dion Hamilton and Holcomb both banged up. This led the team to sign UDFA Gary Johnson to come in. With depleted depth he has a chance to make this roster as does Jordan Brailford.

Josh Norman, Quinton Dunbar, Fabian Moreau, Dominique Rodgers-Cromartie, Greg Stroman, Jimmy Moreland. With Danny Johnson still not activated this group is pretty much locked in. Johnson will be stashed on PUP and everyone else is competing for practice squad.

Landon Collins, Montae Nicholson, Deshazor Everett, Troy Apke. The starting tandem looked impressive last game while the backups are pretty much locked in. Jeremey Reaves has a chance if they keep five.

Tress Way, Dustin Hopkins, Nick Sundberg. Hopkins had a rough game last week and another shaky week might lend the Redskins to bring a kicker in.