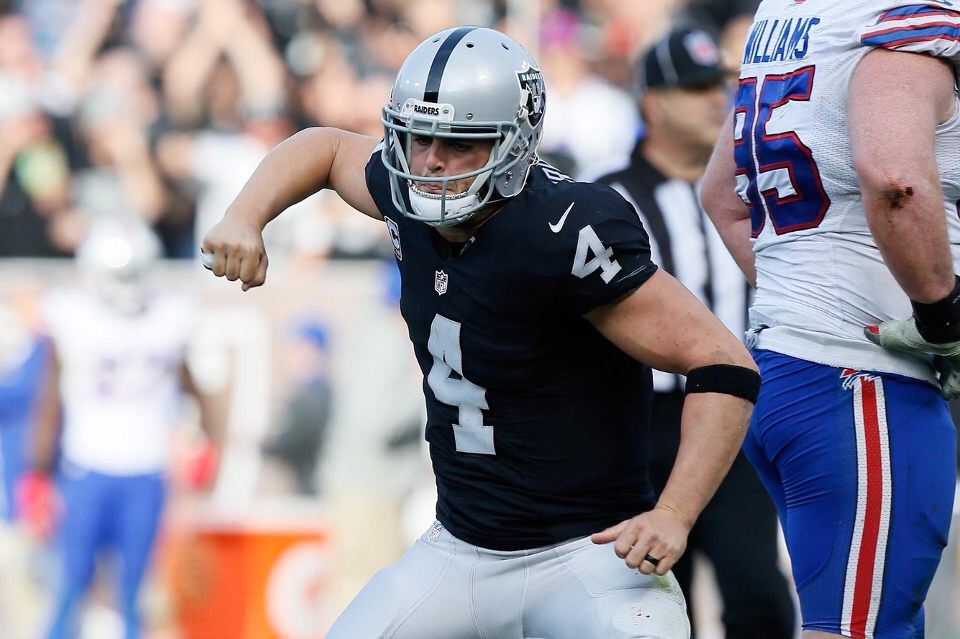 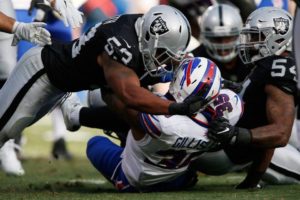 In their biggest comeback since 2000, the Oakland Raiders defeated the Buffalo Bills 38-24. A slow start, injuries and simply horrid defense couldn’t stop the Raiders, overcoming a 15-point deficit to climb to 10-2.

Bills Own First Half

Buffalo seemed to have the Raiders number in the first half, with running backs Lesean Mccoy and Mike Gillislee having their way. The leagues best rushing team ran for 209 yards, with Gillislee scoring twice. Quarterback Tyrod Taylor carved the Raiders defense early, but failed to score. Taylor went 18-35 for 191 yards with one interception.

Buffalo’s defense managed to keep the red-hot Raiders out of the endzone in the first half. Multiple drops by receivers Michael Crabtree and Seth Roberts only helped the cause. Veteran kicker Sebastian Janikowski kept Oakland in the game, nailing three first half field goals. Going into the half, Oakland trailed 10-9, but looked out of it.

To start off the second half, Buffalo struck quick, taking a 24-9 lead – one they would soon relinquish. 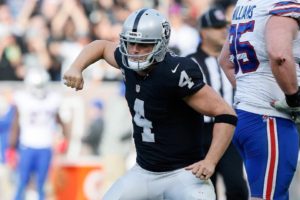 As the story throughout this fairytale season, Oakland managed to come back, pouring on the points. Matter-of-fact, they scored 29 unanswered points to be exact. A injured pinky couldn’t stop quarterback Derek Carr from throwing two touchdowns along with 260 yards on 19-35 passing. Running back Latavius Murray rushed for 82 yards and two touchdowns. Pro Bowl receivers Michael Crabtree and Amari Cooper combined for 133 yards and two touchdowns.

Oakland’s defense continued their emphatic fourth quarter play of this season, led by All-Pro linebacker Khalil Mack. Mack fired on all cylinders, forcing and recovering a strip sack. He also pitched in a sack and four tackles. In light of a toe injury to rookie safety Karl Joseph, backup Nate Allen stepped up, nabbing an interception.

The 15-point comeback victory is the biggest comeback margin for Oakland since defeating the Indianapolis Colts 38-31 on September 10,2000. Oakland’s six-game win streak is the longest since the 2000 season.

In a AFC West battle for first place, Oakland will head to Kansas City Thursday to face arch-rival, 9-3 Kansas City Chiefs. The Bills will prepare to take on the Pittsburgh Steelers Sunday in an attempt to keep their playoff hopes alive.