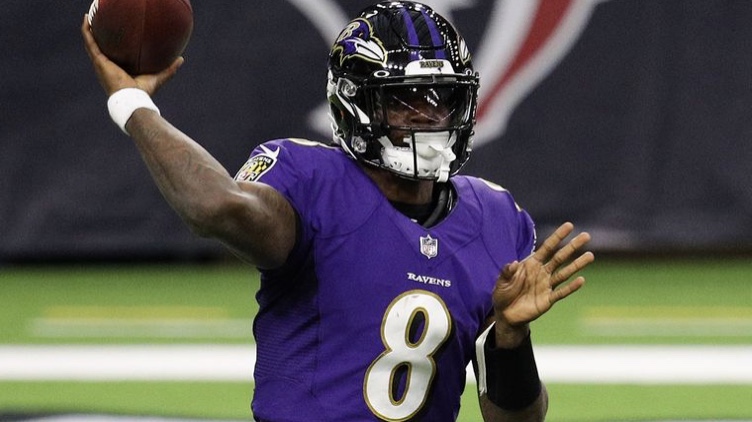 One of the most crucial factors in gauging a team’s skill level is by judging their ability to win games they did not perform well in. The Baltimore Ravens had such a game on Sunday afternoon against the Houston Texans.

The Ravens didn’t necessarily play their best football against the Texans on Sunday afternoon. In fact, the argument could be made that they underperformed. The Ravens had their fair share of troubles against the Texans, starting with their defensive line.

Ravens’ QB and reigning NFL MVP, Lamar Jackson became immensely acquainted with the former 3x defensive player of the year J.J. Watt. Even though Watt last earned the DPOY award in 2015, he still plays the defensive end position at an incredibly high level.  Houston was able to record four sacks on Jackson, with Watt accounting for two of those. Given Jackson’s exceptional athletic ability, being able to sack him multiple times in one game is an astounding accomplishment in itself.

The Ravens offensive line was ranked 2nd in the NFL by Pro Football Focus in 2019 and returned all of their starters this season, with the exception of former 8x Pro Bowl guard, Marshal Yanda. This further illustrates the dominant performance of the Texans’ defensive line on Sunday afternoon.

Furthermore, the coverages and blitz packages dialed up by Texans’ first year defensive coordinator Anthony Weaver, seemed to have confused Lamar Jackson on several occasions, which consequently assisted the defense in applying pressure.

That being said, the Ravens were still able to hang 33 points on the Texans, beating them by nearly 20 points, with a final score of 33-16. Baltimore rushed for 230 yards, and had 204 total receiving yards. Those stats aren’t insanely spectacular; however it was more than enough to secure the victory.

Baltimore’s defense played an outstanding game, Don Martindale’s unit continues to impress. To say the Texans struggled would be an understatement for what took place in this game. The Ravens were able to hold the Texans to 51 yards of rushing, recorded four sacks, and one interception. That’s incredible work against one of the league’s best QBs in Deshaun Watson.

Houston’s trade that sent Pro Bowl WR, DeAndre Hopkins to the Arizona Cardinals in exchange for RB David Johnson, does not seem to be working in their favor, two games into the season. With the Texans now standing with an (0-2) record, it’s imperative they resolve their offensive struggles, if they still have aspirations of reaching the playoffs this season.

Going into week 3, the Ravens are scheduled to play the defending Super Bowl Champions, Kansas City Chiefs on Monday Night Football which has understandably been touted as the game of the year. The last game played on MNF which showcased the Las Vegas Raiders against the New Orleans Saints generated an audience of 15,590,000 viewers, which is a 31% increase from last season’s second Monday Night Football game, according to ESPN. I surmise that number will be exponentially higher when the Ravens face off against the Chiefs. Both teams are considered to be Super Bowl contenders, starring two of the NFL’s best QBs in Super Bowl MVP, Patrick Mahomes & league MVP Lamar Jackson.