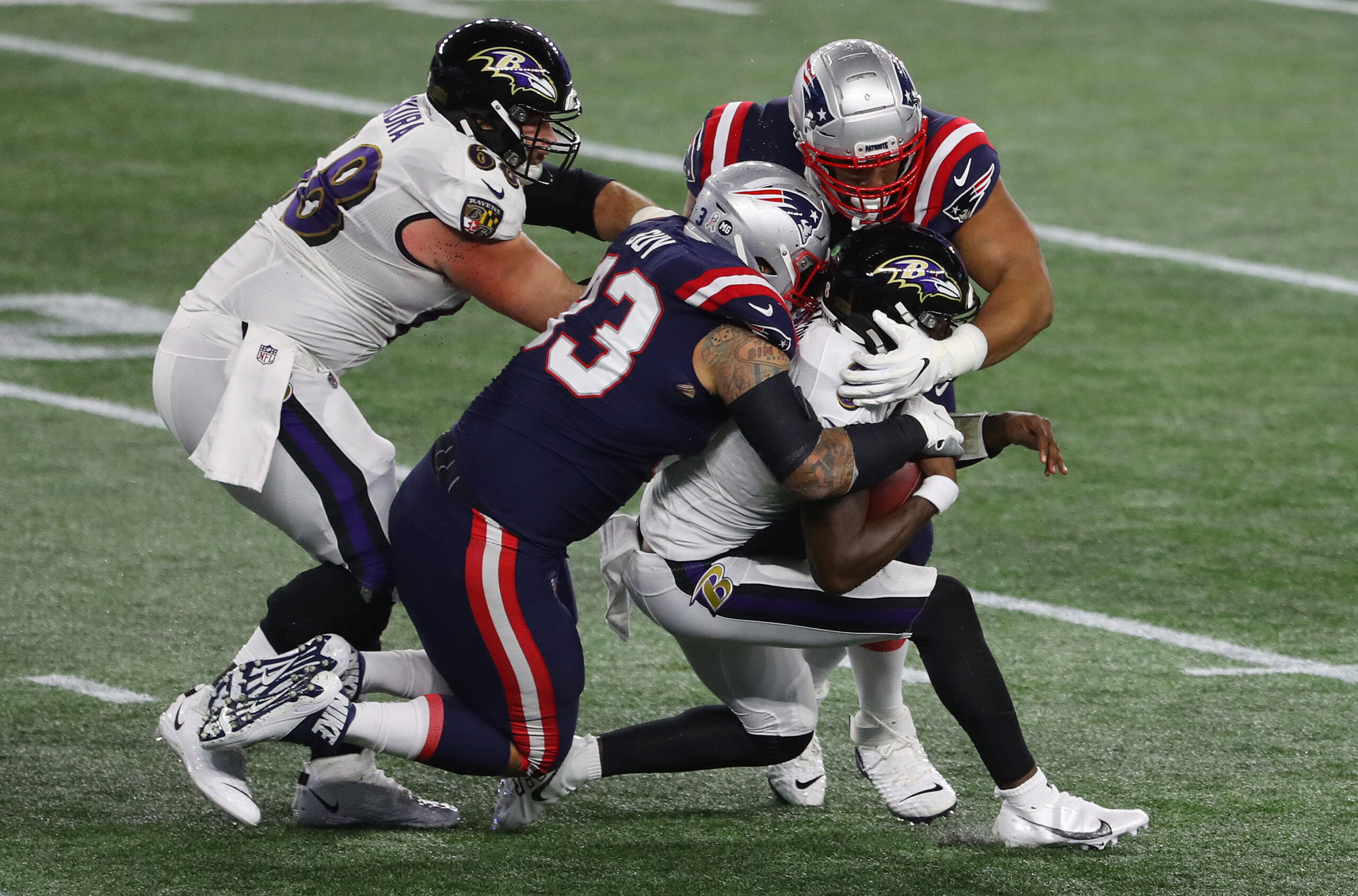 At this point in the season, every NFL team should know exactly what kind of football team they are and extensively display their uniqueness every game. For example, the Minnesota Vikings and Cleveland Browns both excel at running the football. Therefore they consistently develop game plans in order to get production out of their run game.

In contrast, teams such as the Kansas City Chiefs and Seattle Seahawks are superlative passing football teams; therefore they constantly find ways to get production out of their passing attack. Unfortunately, the Baltimore Ravens don’t have a definitive identity which has contributed to their offensive struggles.

The Ravens went into Foxborough hoping to build on their momentum after their win against the Indianapolis Colts. Now the Ravens didn’t necessarily play a terrible game, in fact they only ended up losing by one possession with the final score being 23-17.

Regardless of the result, it is undeniably evident that the Ravens are not the overwhelmingly dominant team they were last season.

Ravens’ QB Lamar Jackson continues to struggle with his accuracy on passes down the field, and the lack of an undisputed #1 WR on their roster is starting to become more noticeable.

Jackson went 1/6 on throws 15+ yards downfield against the Patriots, further illustrating the Ravens lackluster deep passing game. TE Mark Andrews and WR Marquise Brown are talented players; however the Ravens are going to need a legitimate #1 WR to help their passing game.

Furthermore, Jackson had a fairly decent game, completing 24/34 passes for 249 yards with 2TDs and 1INT. Jackson also rushed for 55 yards.

Indeed Jackson only threw one interception, but he could have easily thrown more, at least three from what I observed. Jackson threw multiple errand passes in this game which could have resulted into turnovers. This could be a result of Jackson trying to make plays; nonetheless his decision-making has to improve.

The Ravens may be the 2nd ranked rushing team in the NFL; however their RBs struggle to produce just about every game. If it wasn’t for Jackson’s rushing contributions, Baltimore would be one of the worst rushing teams in the league.

To further illustrate, the Ravens RBs had a combined 17 carries for 60 yards. To put into perspective, Patriots RB Damien Harris had 22 carries for 121 rushing yards by himself.

How do they fair in the passing game? The Ravens are ranked 31st in passing yards in NFL. The 32nd team is the New York Jets who have been without their starting QB practically the entire season.

That’s horrendous. There’s absolutely no other way around it. Baltimore will not be able to compete against higher quality opponents with their offense in its current state.

Injuries piling up for the Ravens

Baltimore’s TE Nick Boyle suffered a season-ending injury against New England, during the 3rd quarter. The Ravens were already without NT Brandon Williams and DE Calais Campbell. All-Pro LT Ronnie Staley will not be returning this season after suffering an ankle injury against the Pittsburgh Steelers.

New England is no joke

The Patriots may have had gone through a stretch where they loss a few games however they were one of the best teams in the league before Cam Newton was sidelined due to Covid-19 reasons.

Going into week 4 on the season, ESPN ranked the Patriots as the 9th best team in the NFL. This was after their impressively dominant performance against the Las Vegas Raiders. Once Newton was forced to sit out, the Patriots went on a 4-game losing streak.

The Ravens played the Patriots at a time where they are now finding their stride again.

Baltimore has a tough series of games coming up with the Tennessee Titans on Sunday and then the Pittsburgh Steelers on Thursday. Both the Titans and Steelers are considered to be two of the best teams in the NFL, wins against those teams will help the Ravens regain their confidence.

Going into week 11, Baltimore will face the Tennessee Titans who are credited as being the first solve the puzzle of the Lamar Jackson & the Ravens offense last postseason. This game will be held on Sunday afternoon, at M&T Bank Stadium at 1:00 p.m. E.T.