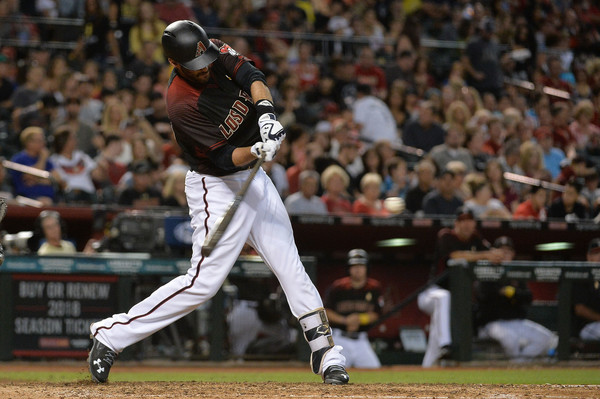 We are into January and so far the top two starting pitchers remain unsigned and relief pitchers have made more than position players on the open market. So why is the MLB’s “hot” stove so cold?

First of all the money that has been dished out speaks more to what teams value in today’s game. Relief pitchers are now a premium asset for a team that wants to contend for a championship, and that’s why the top relief arms are coming off the board first.

Furthermore, top-tier starters like Jake Arrieta and Yu Darvish are not just handed more than 150 million dollars, as teams have become wary of declining performances and not getting what they paid for. The big contracts handed to Zack Greinke and David Price are reasons for this hesitation. Front offices are more keen to add someone like Tyler Chatwood or Michael Pineda on shorter, cheaper deals and drastically cut the risk rather than count on Arrieta and Darvish to hold up for the next seven years.

But the volatility of a single position and a changing game don’t explain why guys like J.D. Martinez, Eric Hosmer, Lorenzo Cain and Neil Walker are all still unemployed. Martinez and Hosmer are the cream of the crop of this years hitters and could certainly get seven years and over 100 million dollars. Cain and Walker could also get lucrative multi-year deals. So why the holdup?

When the offseason first started we all speculated that teams would wait for sluggers like Giancarlo Stanton and Marcell Ozuna, among others, to be traded. But both found new homes weeks ago and the market still is slow to move. The next logical explanation is that just like with the pitchers, executives are hesitant to offer long-term deals to players in fear of being burned. Take Martinez for example: a player who has been among the leaders in home runs the last handful of years and cracked 45 in 2017 alone. But already 30-years-old and questionable at best in the field, there are questions surrounding how JD Martinez fits and with an injury history how long his body can hold up.

When it comes to Hosmer the questions are a little deeper. He just recently discovered his power stroke and brings most of his value through his defense. Will the power continue or is it just a fluke? How long will the defense last? Is the defense and the potential of a couple 30-homer seasons enough for a lengthy, expensive pact? Well at only 28-years-old some would argue yes. With reported 7 year offers from the Padres and Royals it appears we are likely to find out soon.

Finally, and this may be the biggest reason of them all, teams may feel that they can simply wait out top free agents and drive the price down before submitting an offer. With such a slow-developing market why hand a player a lucrative deal in November when you could wait until January and cut $50 million off a potential deal?

This is especially true with teams trying to save money before the upcoming “super class” of 2018-19 headlined by Bryce Harper and Manny Machado among others. A class that has been talked about for years now, front office’s have been looking towards and planning for the upcoming free agent class for years. That fact could cost guys like Martinez millions.