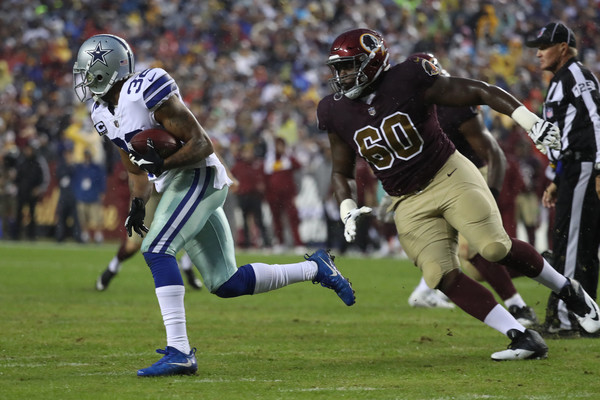 The Washington Redskins have remained active during this second week of free agency. They have signed a new player and restructured another deal.

On Monday the Redskins signed cornerback Orlando Scandrick to a two-year deal worth up to $10 million dollars. The 31-year old, nine-year veteran, has spent his entire career with the Dallas Cowboys. Scandrick’s stats have declined over the last few years and has not played in 16 games since 2013. However with Dominique Rodger-Cromartie taking his time deciding on where he wanted to play, the Redskins decided to sign the veteran for depth.

While the Redskins have Josh Norman as the clear number one starter, all of the other cornerbacks are young and can use a veteran to help them along. Also Scandrick has experience on the outside and in the slot, so he can provide vital depth. It is still expected that the Redskins to will select a cornerback in next month’s draft.

Washington restructured defensive lineman Terrell McClain. His base salary of $3.25 million was set to become fully guaranteed on the fifth day of the league year. The wording of his contract was changed so that money is only guaranteed in case of injury.

Now if McClain is cut the team would be responsible for a prorated amount of his signing bonus, which is about $3.75 million. This leaves the Redskins with around $18 million dollars of salary cap remaining, including the $6.5 million needed for the draft picks and undrafted free agents.

The following players are rumored to visit Redskins Park this week: former Giants defensive lineman Johnathan Hankins, former Bears defensive end Pernell McPhee, and former nose tackle Sylvester Williams. The Redskins would like to add one more defensive lineman, as well as an edge rusher. Linebacker Junior Galette and the Redskins still have interest in each other.