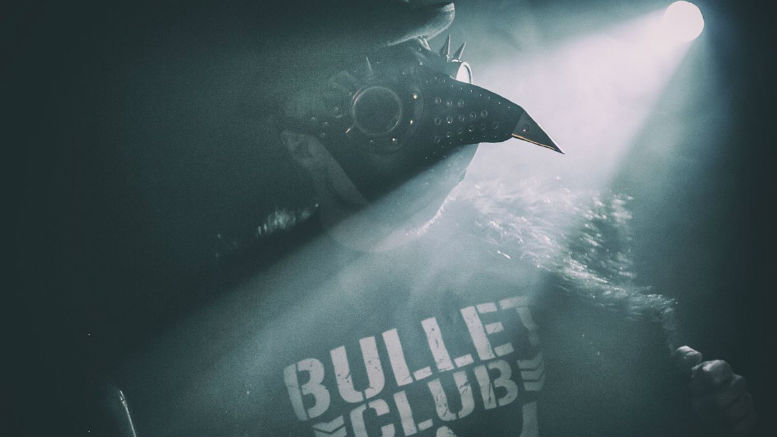 On Friday night the Ring Of The Honor and New Japan invaded the Hammerstein Ballroom for War Of The Worlds pay-per-view. I was able to catch the replay on Saturday night, here are my overall thoughts as well as the results.

This match between Will Ospreay against Jay White was a look into the future. White has improved significantly from the first time that I saw he held his own against Ospreay.  White battles back with a suplex on Ospreay into the bottom turnbuckle.

Ospreay regained his control of the match when he hit the running Rock Bottom for a near fall. White connected with a nasty looking Brainbuster onto the ring apron. He hit a Cobra Clutch Suplex on Ospreay, White caught Ospreay with a devastating elbow him repeatedly, he tried to get a referee stoppage.

The crowd explodes went insane. Ospreay lands his kicks his way out of White’s clutches. He then hits springboard Moonsault on White to the outside. Ospreay wasted no time he threw White into the ring and immediately connected with a springboard cutter off the ropes for the win.

The crowd couldn’t get enough of Los Ingobernables de Japon and the Young Bucks. Bushi leaps onto the Jacksons on the outside but Naito teased his signature in-ring. The Bucks take control with Bushi in the ring as they hit several double team moves.

All four men are now in the ring. The Bucks hit an assisted sliced bread on Naito and Bushi. After several fast-paced kicks and knees by Nick Jackson on LIJ. He hits a springboard X factor on Naito. Naito is then corner bombed by The Bucks.

The Bucks set up both Naito and Bushi in opposite corners and then hit another pair double moves with included a rolling Backstabber and flying double foot stomp. The Bucks then hit an assisted Swanton on Naito but Bushi breaks up the count. Naito connected with an insane reverse Hurricanrana on Matt Jackson.

Naito then attempted to hit the Destino on Matt Jackson, but he countered into sets up for The Meltzer driver. Bushi then countered it and then spit green mist in Matt’s face. As a result, Matt went off and he started to Super Kick everybody including the referee Paul Turner. After a few near falls, The Bucks hit The Meltzer Driver on Bushi for the win and to retained their ROH Tag Team Champions. 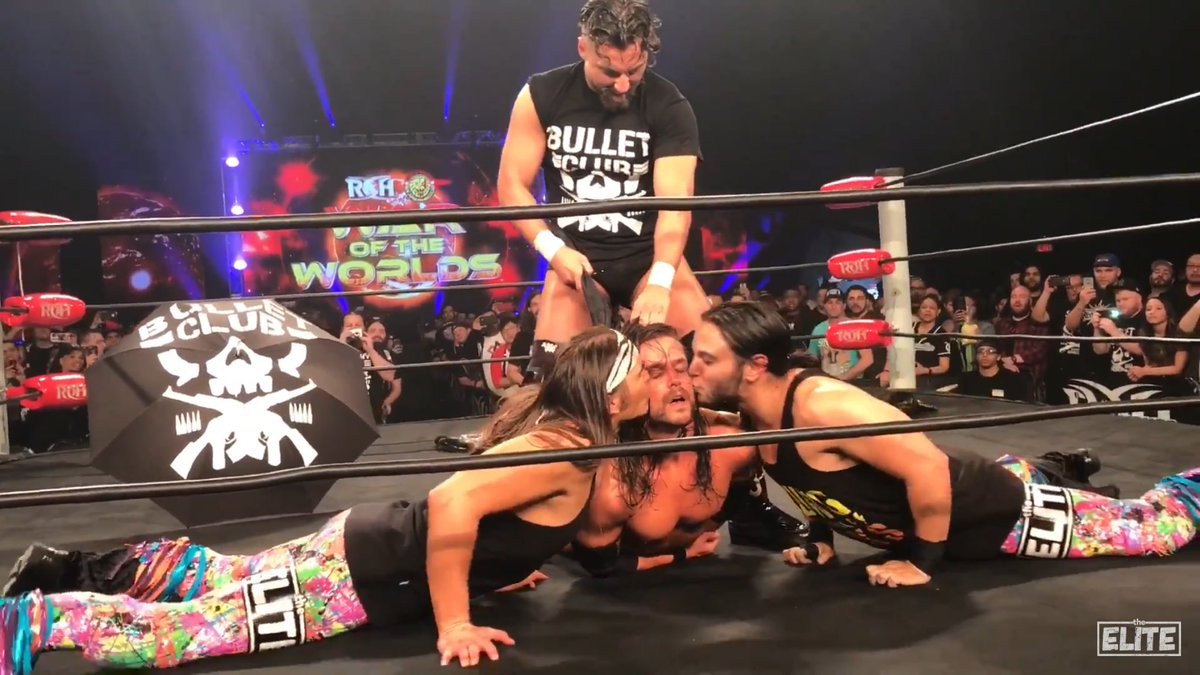 After the phenomenal match with Hiroshi Tanahashi, Adam Cole came up short. The fans started chanting Thank You, Adam. Then Young Bucks show up behind him. They teased super kicking Cole and they gave him a hug instead. It was very similar a curtain call moment by The Kliq back in the day. The lights went out in the arena and Kenny Omega appeared on the JumboTron screen.

Omega stated that he can’t be there tonight says and he was disappointed with the Bucks on they treated Adam Cole. Omega said that all fairy-tale have heroes and a villain and Cole is officially fired from the Bullet Club. The lights go back on and Marty Scurll is in the ring.

He has his gear on and opens up an umbrella with The Bullet Club logo on it. The Bucks gave a Super Kick Cole and Scurll reveal that he has joined The Bullet Club. He then lifts up Cole’s head with the umbrella. The Young Bucks then kiss Adam Cole goodbye.

ROH War of The Worlds results

Overall I thought it was an entertaining pay-per-view it was an above average it was worth an eight out of ten. It will be in intriguing to see how the Bullet club evolves moving forward.