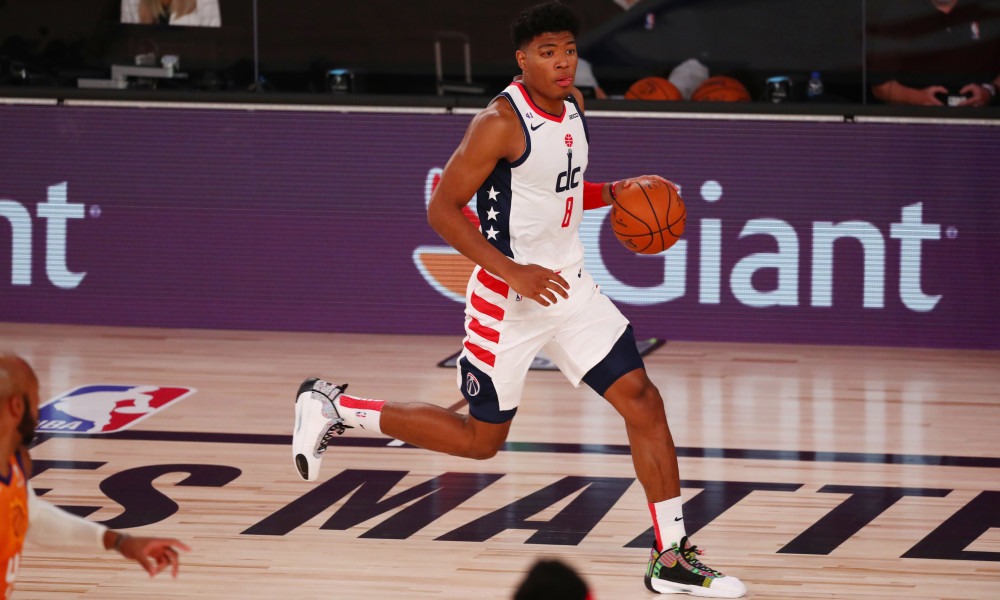 Rui Hachimura has been a proven scoring option for the Washington Wizards this season and he can get better next year. The Wizards have lost their first three games of the NBA restart and they’re now just 24-43, eight games behind the Nets for the last playoff spot in the Eastern Conference.

The Playoffs are Almost Out of Reach

Washington has five seeding contests left to play and they need to finish four games behind the Magic and/or Nets to force a play-in series.

The Wizards are facing an uphill climb but their main goal ahead of the NBA bubble was to evaluate the development of players like Rui Hachimura, Thomas Bryant, Isaac Bonga and Moe Wagner while building next year’s roster.

Hachimura never been selfish by any means. Think he has untapped upside as a passer , it's a mentality thing and he enjoys setting teammates up https://t.co/0ft78PYO0j pic.twitter.com/MJFZYTgL3D

During Sunday’s 118-110 loss against Nets, Bradley Beal joined the television broadcast and had nothing but good things to say about Hachimura.

Beal sees his teammate more as a small forward than a power forward and said that “the sky is the limit” because of his size, athleticism and ball-handling.

“Out of all the NBA rookies the most slept on is Rui Hachimura… He’s really a 3 playing at the 4 position… Has a lot of Kawhi in his game! Super skilled, tough, and aggressive! Wizards found themselves a young Star in the future.”

Dudley saw what Hachimura is capable of when the Lakers visited the Wizards on November 29th. The Lakers won that game 125-103 but Hachimura played well. He scored 16 points with eight rebounds on 7 of 15 shooting.

Jared Dudley had even more praise for the talented rookie:

“I was really impressed playing against him, watching him get to his spots seeing his tight handle, good athlete, and his mid range is automatic… Perfect 3 man in today’s NBA.”

Former teammate Isaiah Thomas, who averaged 12.2 points and 3.7 assists in 23.1 minutes over 40 games (37 starts) with the Wizards this season, was also impressed by Hachimura:

“I’ve been saying that since the start of season. A lot of young Kawhi,” Thomas tweeted.

Hachimura’s 3-point shot clearly needs to improve. He is making just 27.0 percent of his attempts from distance this season.

As far as defense is concerned, Hachimura (minus-1.9 Defensive Box Plus/Minus) has displayed commitment to help. He has to be better on that side of the court though.

Beal, Dudley and Thomas’ praise is well-deserved though. The NBA Rookie of the Year is Ja Morant but Hachimura has the numbers be part of the NBA All-Rookie Team.