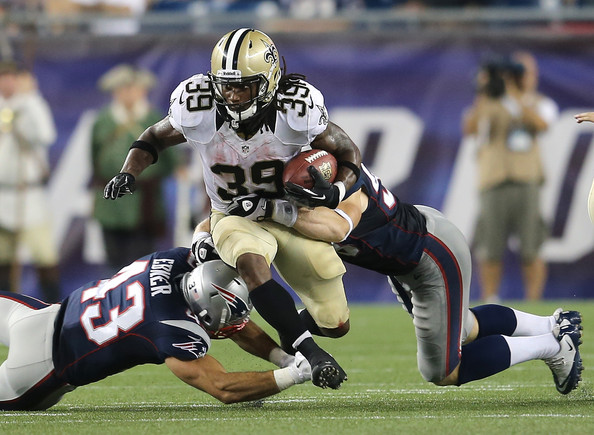 New Orleans Saint’s running back Travaris Cadet is motivated, determined, and inspired to overcome the odds. In the last three years, Cadet has had problems with toe injuries, hamstring injuries, and a right knee problem, which kept him off the field.

“It has been a little tough; I mean you train every day to be the best that you can be, but something happens that alter you from doing that can be disheartening,” said Cadet. I am very optimistic about making an impact with the Saints. We have the best quarterback in Drew Brees, a running attack that is the best, and I am learning from Adrian Peterson with improving my game.” 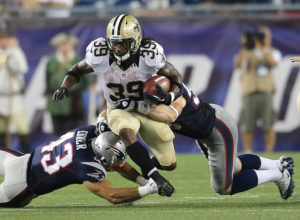 Cadet has limited opportunities on the field, because of injuries, but yet he is very optimistic about impacting others off the field. Cadet has inspired his community, family, and friends with his story about staying true to the process of hard work and becoming successful.

Cadet had to work extremely hard to get to the NFL. He was an undrafted free agent, lacked certain support from individuals, but remained humbled with making his dream happen. “You have to have a positive mindset, positive people that support you, and a goal or dream that you want bad,” said Cadet. You were not going to tell me that I could not make it in the NFL. It means the world to me that I have been an inspiration to people and how I impacted them in a positive manner.”

Cadet expressed what unity meant to him and how it has helped him in the pros. “Unity is something that molds the teams together. We are family. We all go through things in life and we help each other get through it. Football is not just a sport, it is family,” said Cadet. “Things happen and it is nice when someone you know has your back and uplifts you when you are at your lowest.” 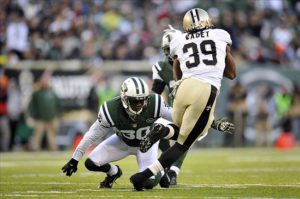 . “I had to learn that things happen, but never give up. I work too hard to get to this level just to say I quit,” said cadet. I learned that working hard, being humble, and making the best out of certain situations has helped me. At my football camp, I have told individuals to stay positive even when you are going through your trials and never give up on your dreams. Stay motivated and keep grinding until you get there.”

Cadet talked about how the game of football has changed to athletes asking to get some type of salary for their contributions on the field.

“I feel like college players should get paid for what they do on the field. Coaches, the organizations, as well as sponsors, are making money off of them. Some of the players get injured on the field and later on in life can not play in the pros because of their injuries that they had in college. I am not saying pay them like the pros, but they should at least get something,” said Cadet.

With a 7-9 record, last season the Saints look to improve this year by resigning Cadet for one year, bringing Adrian Peterson in the mix, and keeping Mark Ingram as a Saint, the Saints’ running core could be a problem for opponents.

All three running backs are known to be downhill and shifty runners. They are hard to bring down and they run with power and drive. It will be interesting to see what type of packages the Saints will use with three backs in the backfield that are extremely dangerous and change the course of a game.