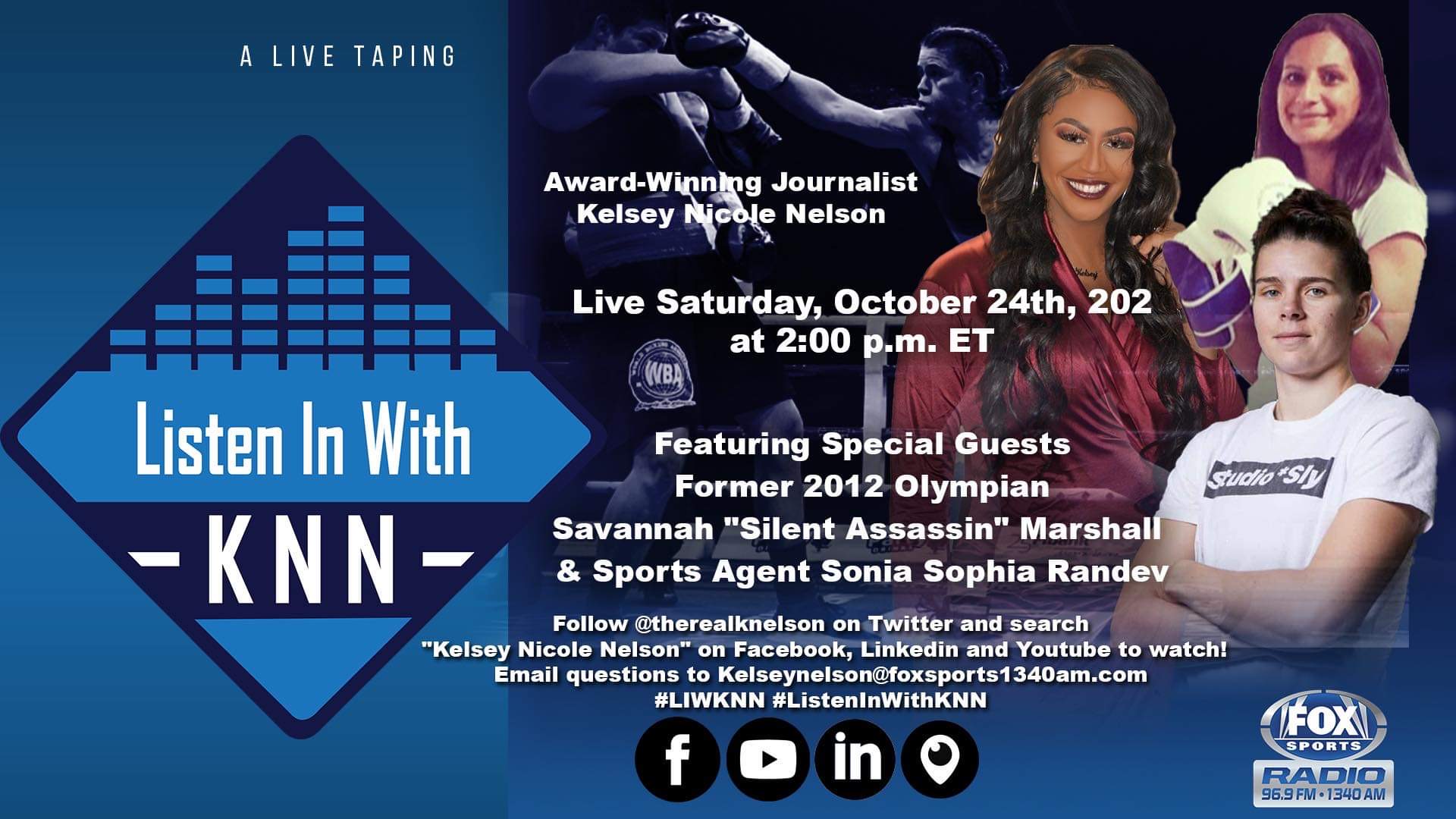 On the latest episode of Listen In With KNN on Fox Sports 1340AM, host Kelsey Nicole Nelson welcomed former 2012 Olympian Savannah “Silent Assassin” Marshall and Sports Agent Sonia Sophia Randev to the show.

Speaking of Marshall’s journey, she became the first British female to win the gold medal at the 2012 World Championships. What made it special was that it occurred on her 21st birthday.

“I boxed five times in seven days and all the girls I boxed were former champions. Every fight, I just kept surprising myself and had nothing to lose. Next thing you know, I was a world champion and qualified for the Olympic Games,” Marshall said.

The boxer nicknamed the “Silent Assassin” made her professional debut in 2017 after spending five years as an amateur. She originally signed with Mayweather Promotions in America but that didn’t work out.

“I came back to England and switched promoters in the process. It’s one of those things where I’m happy and stronger with my body. I’ve settled in the pro game and I’m enjoying it,” Marshall said.

She and other female boxers have been trying to gain notoriety. As a result, her sports agent, Sonia Sophia Randev has been fighting to give female boxers opportunities to showcase their talents.

“For years, I wanted to work with the girls but there weren’t any opportunities and they weren’t fighting enough. I felt like there was a lot of focus put on certain female boxers. It has to be done fairly and every single person should be given an opportunity,” Randev said. “I’m looking forward to people actually seeing what Savannah Marshall is all about.”

British Boxing promoter Eddie Hearn put on an event called Fight Camp where female boxers would compete against each other in his property due to COVID-19. Its goal was to provide a sporting event on television that fans desperately wanted.

“He is doing an incredible job with all the girls. Some of the people that were tuning in have now seen what these girls are really made off. Now, everybody is going to see what a lot of these girls that weren’t getting those opportunities because they’re not ticket sellers,” Randev said.

Marshall has an upcoming fight against Hannah Rankin for the WBO Middleweight World Title on October 31st. Randev is definitely looking forward to her client’s match.

“That build up for Savannah (Marshall) against Hannah (Rankin) is already there because those girls built a little bit of a platform. It’s going to be an absolutely brilliant fight,” she said.

Marshall had been training for this moment before the lockdown occurred but isn’t taking it for granted.

“Hannah is a tough cookie and has plenty of heart. But I just believe I’m a better boxer and fighter than her and I’m expecting the best Hannah Rankin. With that on the back of my mind, I believe it will be a brilliant fight.”