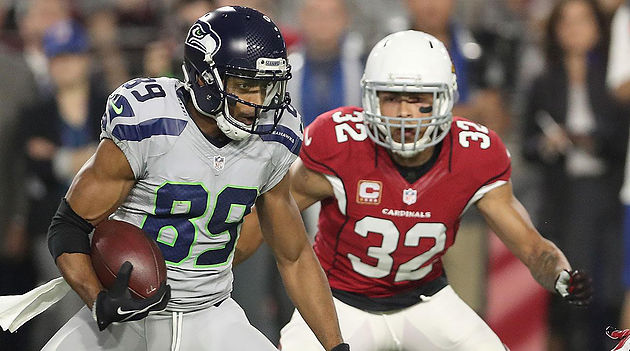 Defensive games are usually ugly, brutal, and not meant for the faint of heart. However, this week seven contest of two NFC giants was one worth viewing. Even if it ended with no clear winner. A defensive clash between the Arizona Cardinals (3-3-1) and the Seattle Seahawks (4-1-1) ended in a 6-6 tie that went into overtime tied at three apiece.

Cardinals quarterback Carson Palmer tossed for 342 yards on 29-of-49 passing and running back David Johnson totaled 171 yards from scrimmage, with 118 of them coming courtesy of the ground game. Facing the #1 defense in the league, the Cardinals racked up 443 yards of offense and completely obliterated Seattle in the time-of-possession department as they held the ball for 46 minutes and 19 seconds of game time.

The Cardinals held a 3-0 lead going into halftime after a first half full of punts (seven punts on the game’s first eight drives) as well as a blocked field goal by Seahawks linebacker Bobby Wagner at the beginning of the second quarter.  A blocked punt late in the fourth quarter by Seahawks tight end Tanner McEvoy was recovered by teammate Cassius Marsh and placed the ball at the Arizona 27-yard line and in field goal position for Seattle. Seahawks kicker Steven Hauschka tied the game at three just four plays later.

While the regulation portion of the game left us at the edge of our seats, overtime was even more entertaining. Especially after Cardinals kicker Chandler Catanzaro missed a 24-yard field goal with a little over three minutes remaining after the Cards got down inside the Seahawks five-yard line thanks to the 40-yard connection from Palmer to receiver J.J. Nelson on 3rd and 7.

The missed field goal by Arizona was followed by an eight play, 70-yard Seattle drive to get down to the Cardinals 10-yard line. A 28-yard field goal by Hauschka missed wide left, leaving both teams stunned and millions of viewers even more amazed. The disparity in yardage between both teams was interesting of note as the Seahawks only totaled 257 yards on offense. Quarterback Russell Wilson passed for 225 yards for Seattle and the team only mustered 2.7 yards per carry on the ground while totaling just 11 first downs to Arizona’s 23.

The unique result of the game was the first tie in the NFL since 2014 when Carolina and Cincinnati dueled to a 37-37 tie and the first tied game without a touchdown since 1972.