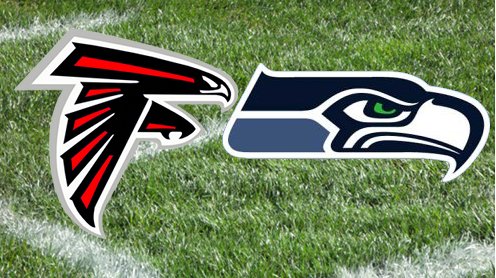 The Atlanta Falcons offense was simply too much for the experienced Seattle Seahawks. The Seahawks’ defense who has been the backbone of the team for the past five years could not stop Matt Ryan and high-powered Atlanta offense as they cruised past Seattle 36-20 in the NFC Divisional Playoff Round.

Atlanta’s defense came up big, too, using its speed and quickness off the edges to wreck havoc on Seattle’s young tackles. Cornerback Brian Poole laid a hit on Seahawks quarterback Russell Wilson, Ricardo Allen intercepted a desperation thrown by Wilson in the fourth quarter and rookie linebacker Deion Jones got another pick late on a ball ripped from Luke Willson’s hands.

The Seahawks got off to a fast start, opening the game with a drive that took 8:34 and ended with a 7-yard touchdown pass from Russell Wilson to Jimmy Graham. Seattle made it look easy, but the Falcons’ young defense would make Wilson uncomfortable the rest of the game.

Falcons head coach Dan Quinn has to be pleased that his squad is clicking on all cylinders at the right time. Ryan looks like the run away favorite for MVP and offensive coordinator Kyle Shanahan orchestrates an offense with many weapons, which easily makes the Falcons a Super Bowl contender.

The Seahawks on the other hand still have a fairly young core – they’ll be in the mix to contend for at least a few more years. Pete Carroll’s recipe for success involves a balanced offense and a dominant defense. But the Seahawks were never able to get their run game going this season. Earl Thomas might be the best safety in the NFL, but ‘Hawks fans should be concerned that his injury caused their team’s defense to fold so drastically.

Since Wilson is still young, the Seahawks’ window for another title is still open. But they need to make some changes this offseason.

Atlanta looks to reach the Super Bowl for the first time since 1999. They will advance to the NFC Championship and will face either the Green Bay Packers or the Dallas Cowboys.