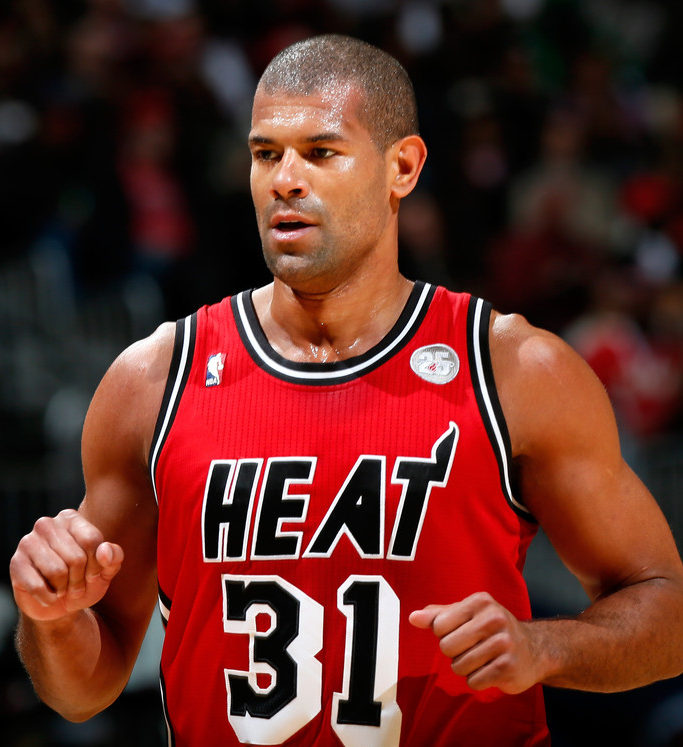 Former Miami Heat Player Shane Battier will join the Heat front office.  Miami hired Battier as Director of Basketball Development & Analytics. His duties include the development of analytics in evaluating all talent.

“We believe Shane is an incredible example of our HEAT program, not only for the present but also for the future,” said HEAT President Pat Riley. “He embodies everything that we are looking for in our players and staff. We feel he will help us tremendously with his experience and knowledge of the game. Shane is an out-of-the-box thinker and will bring a fresh expertise that can help us evolve as a franchise.”

“I am thrilled to be joining the front office of the Miami HEAT,” said Shane Battier. “I look forward to working with the Arison family, learning from a Hall of Fame executive in Pat Riley, General Manager Andy Elisburg and of course my old coach, Erik Spoelstra. My goal, as is the entire organizations, is to bring another championship back to Miami.”

With Battier as the Director of Basketball Development & Analytics, the current Heat players will be examined to see if they fit the criteria in the direction that the Heat will be going in.

The Heat are currently the 10th seed in the Eastern conference, with a 25-32 record. With the All-Star break coming up, the Heat have a chance to figure out what is wrong and see if they can make a playoff push.

They have “seasoned” players, but they are inconsistent on the defensive end. Miami is ranked 24th in opposing scoring allowing 102.5 points per game. Despite being seven games under .500, the Heat are only two games back from the eighth spot. With Battier joining the organization, their luck may turnaround.