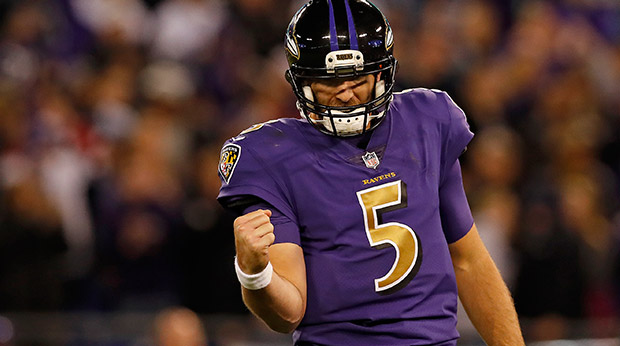 A former Baltimore Ravens player believes that the team could be headed back to the Super Bowl this season.

“The AFC representative this year in Super Bowl LII will be the Baltimore Ravens,” Sharpe said on Undisputed. “I love what they’ve done – adding Jeremy Maclin, Breshad Perriman got healthy last year, I love Mike Wallace. I love the addition of Danny Woodhead.”

Sitting alongside Sharpe at the table was Hall of Fame running back Eric Dickerson, former NFL wide receiver Terrell Owens, Sharpe’s co-host Skip Bayless. Initially after Sharpe’s statement, Owens gave him an interesting look to say the least. Sharpe also believes that Ravens quarterback Joe Flacco will bounce back, after being another year removed from knee surgery.

“A year after the surgery, Joe Flacco will be even better,” said Sharpe.

Sharpe also raved about the additions on defense including Tony Jefferson, Brandon Carr, and the long list of rookies that were drafted on the defensive side of the football.

“Defensively, this is the one team Skip, no matter where they play them at, they never bow down to the Patriots,” Sharpe said. “They come after [Tom Brady].”


Before Sharpe’s pick of the Ravens, Bayless picked the New England Patriots to make it out of the AFC. Baltimore has split their four playoff contests against the Patriots. All four matchups have taken place in Foxboro, the home of the Patriots.