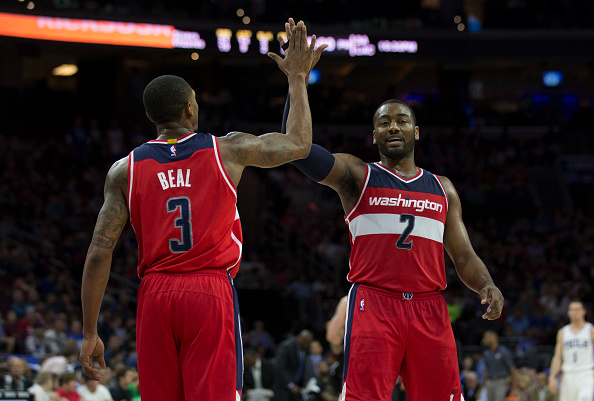 Philadelphia, PA —  There’s an old saying that goes, everything that could go wrong will go wrong. An accurate description of the embarrassing loss the Wizards endured in Philadelphia last night. Stunned, shocked, and startled, pick your adjective and it’s fitting to illustrate how the Wizards felt; Knowing that this isn’t the way they wanted to start off the second half of the season. Nonetheless, they were defeated 120-112 and must go back to the drawing board. It is not warranted to overreact, at the same time the Wizards do want to “right their wrongs” because the schedule ahead is onerous, to say the least.

Where did things go wrong?

The Wizards were overly confident and played down to their competition. This team found themselves behind 61-49 and that is the only logical explanation as to why. Joel Embiid was injured and did not play for Philadelphia. Not to mention they traded Nerlens Noel to Dallas before the trade deadline. Washington was outscored 35-21 in the second quarter and allowed the Sixers to have two 30-point quarters in the game. John Wall mentioned that the defense was non-existent.

“We didn’t play defense worth of a s**t,” said Wall. “They got what they wanted all night offensively until the last five minutes of the game.”

Foul trouble was a factor in this game as well and the Wizards did have some shootings woes. However, this game came down to defense and that was something the Wizards just didn’t bring.
Head Coach Scott Brooks mentioned that the defense wasn’t there like it was prior to All-Star Break. He then admitted they made too many mistakes on the defensive end and it was “unacceptable.”

Philadelphia, a young team that is still trusting the process, gave the Wizards everything that they had. Robert Covington had 25 points and shot 9-14 from the field. Washington had no answers for Dario Saric. As he shot 10-19 from the field and ended the night with 20 points.

All of the Wizards’ starters had double-figures, with the exception of Otto Porter Jr, who shot poorly. He had seven points in 36 minutes of play and shot 33% from the field. Bradley Beal led all scorers with 40 points followed by John Wall who had 29 points, but it wasn’t enough to put away the Sixers.

It’s worth noting that all starting five of the 76ers had double figures and three of them had 20 points or more. Again, depicting the lackluster defense of the Wizards.

The Bench that was, or was not

No, the Wizards didn’t lose this game because of their bench. Nor, did they help them attempt to win this game either. According to Colby Giacubeno, the Wizards’ bench had a total of 11 points and eight rebounds and assists in a combined 58 minutes of play giving them a +/- of -43. This team did make a couple of trades to improve their second unit, that being said, it’ll be hard for this team to go deep in the postseason if no one steps up. To give more clarity, Nik Stauskas had just as many points as the entire Wizards’ second unit. Philadelphia’s benched outscored Washington’s 34-11.

The Wizards will head back to Washington and practice this afternoon to prepare for the Utah Jazz for Sunday’s game. The Jazz defeated Milwaukee last night, 109-95. Looking ahead, the Wizards will face Golden State and then head to Toronto, on a back-to-back. Speaking of the Raptors, after they defeated Boston last night, they are now one game behind Washington for the 3rd in the East. Every game matters down the stretch. So, Washington does not want to have a repeat of the night that they had in Philadelphia.